Ricky Ponting says he couldn't bring himself to watch the press conferences of the three Australian players implicated in the South Africa ball tampering scandal.

Like everyone connected with Australian cricket, Ponting was stunned by the incident in Cape Town which led to Steve Smith, David Warner and Cameron Bancroft being suspended. 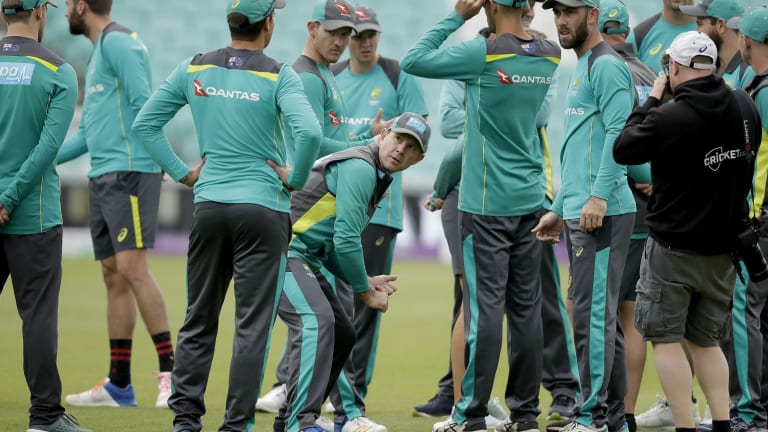 The seismic fallout also led to the departure of coach Darren Lehmann and an independent review of Cricket Australia's culture.

Ponting, who captained Australia in 77 Tests and 221 one-day internationals, is working as an advisor to coach Justin Langer in England for the five-match one-day series.

He maintains he's never seen or heard anything suggesting a cultural problem within the camp during a similar role with the team earlier this year.

"If you'd have asked me [then] what the culture of the Australian cricket team was I would have told you it was outstanding," Ponting said.

However he acknowledged there were evidently underlying issues he was unaware of that led to the third Test debacle during a spiteful series against the Proteas.

"I have been a spectator for the last five years and not been in the [Test] dressing room," he said.

"I just know from being a captain, little things start happening and if you don't deal with them when they happen they turn into bigger things.

"Maybe over the last few years there have been enough little things around Australian cricket and they have turned into things that are catastrophic which is what happened in South Africa."

Ponting hopes the three players involved will come back stronger but said it was difficult for him to initially process what happened.

"To be honest I didn't watch any of the press conferences. I was better off taking myself away from it all.

"I understood the enormity of it all. I was being stopped in the street and being asked on a daily basis by 70-year-old women 'what's going on with the Australian cricket team?'

"The less I know the better. I have some feelings for the boys involved and hope they are OK and we see them back in Australian colours."

Ponting's presence has been embraced by an inexperienced team, with many taking the time to tap into the knowledge of one of the finest batsmen of modern times.

"Being on a tour of England you often get four hours on the bus with the boys and I will be able to talk cricket," he said.

"I love doing it. I know there are a lot of young guys there that love to talk cricket. That's what I am here for."