Big six: Williams stars with half a dozen Flemington winners 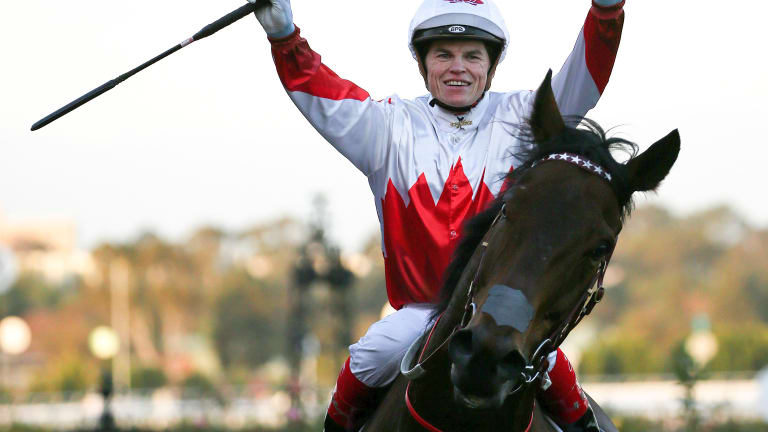 Craig Williams after saluting in race nine, his sixth win of the day.

Craig Williams has had a day to remember with a career-best six winners on the Winter Finals program at Flemington.

Williams is no stranger to playing a starring role at the meeting, having ridden five winners at the corresponding fixture two years ago.

But he took it to another level on Saturday and in the process extended his lead to nine wins in the Melbourne jockeys' premiership over Damian Lane, who had one winner aboard Nature Strip.

"It was a great thrill. My team has worked really hard and we were lucky today we got the opportunity on some really nice horses.

"They were prepared really well and most importantly they ran their hearts out today."

Williams started the meeting with three consecutive wins on Mintha in the Rivette Series Final, Sixties Groove in the VRC-CRV Cup Tour Trophy and Miss Gunpowder in the Leilani Series Final.

He added a fourth win when he got the most out of Falago in a driving finish to the Banjo Paterson Series Final to win in a photo finish. 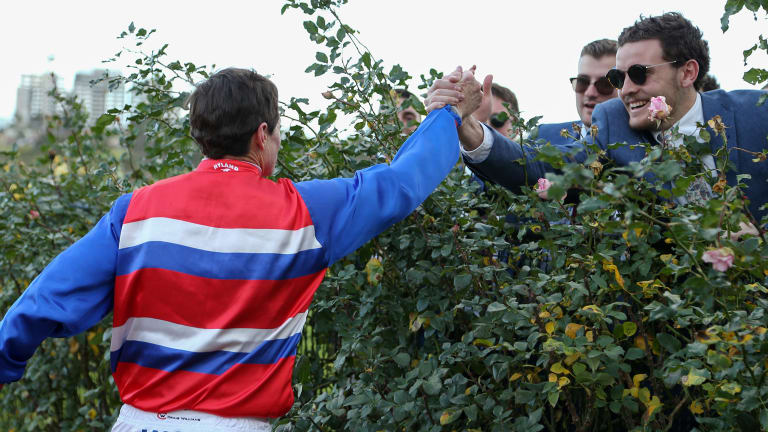 A punter gives his congratulations.

The six-time Melbourne premiership winner put an exclamation mark on his day when he arrived in time aboard Camdus to win the All Victorian Sprint Series Final (1200m).

Williams has ridden nine winners from two city meetings this week and has a seventh premiership in sight with six meetings remaining.

Williams' astonishing feat came on a day when premier trainer Darren Weir had four winners on the program and moved past 450 winners nationally for the season.

Three of Williams' winners at Flemington were for Weir, including Camdus and the trainer said the jockey deserved all the success he gets.

"He's obviously ridden a few of them for us so it's been fantastic. Hats off to Craig today."