Boca were preparing to face Colombian side Atletico Junior in a crunch Copa Libertadores clash. 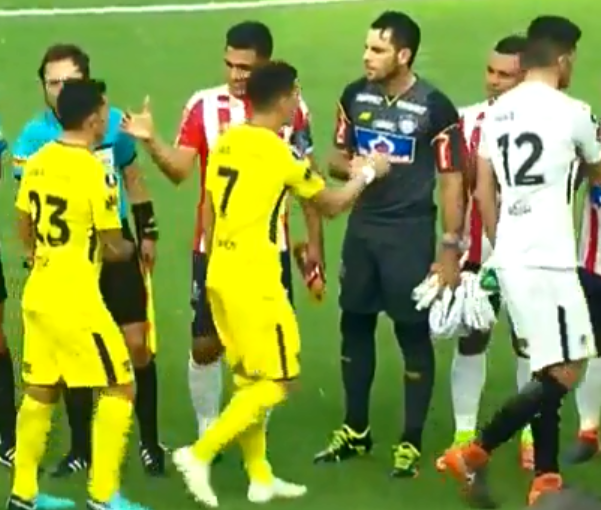 Before kick-off, players from both sides performed the usual ritual of shaking hands with the opposition.

The pair's feud dates back to November 2016 when, playing for Rosario Central, Teo hit an equaliser at the Bombonera and celebrated by making a gesture to the crowd, indicating his love for arch-rivals, River.

Fuming, Boca players reacted and Ricardo Centurion pushed him to the ground. 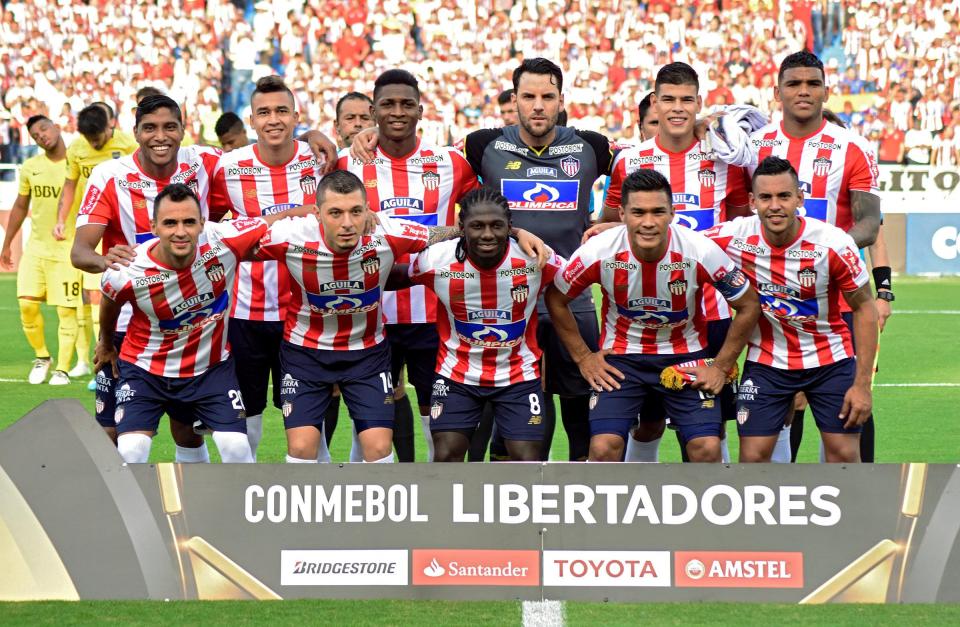 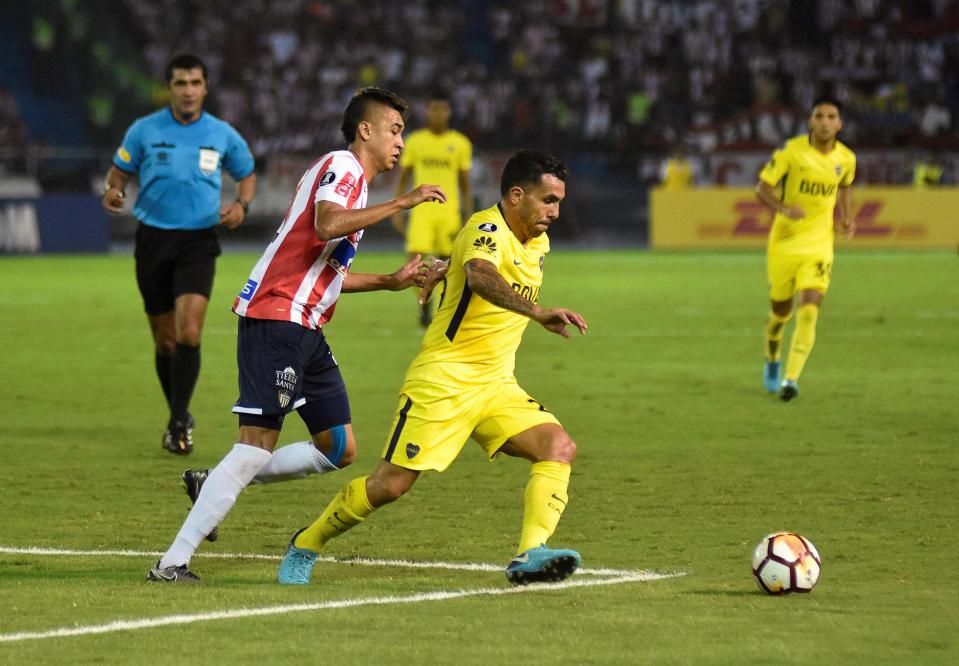 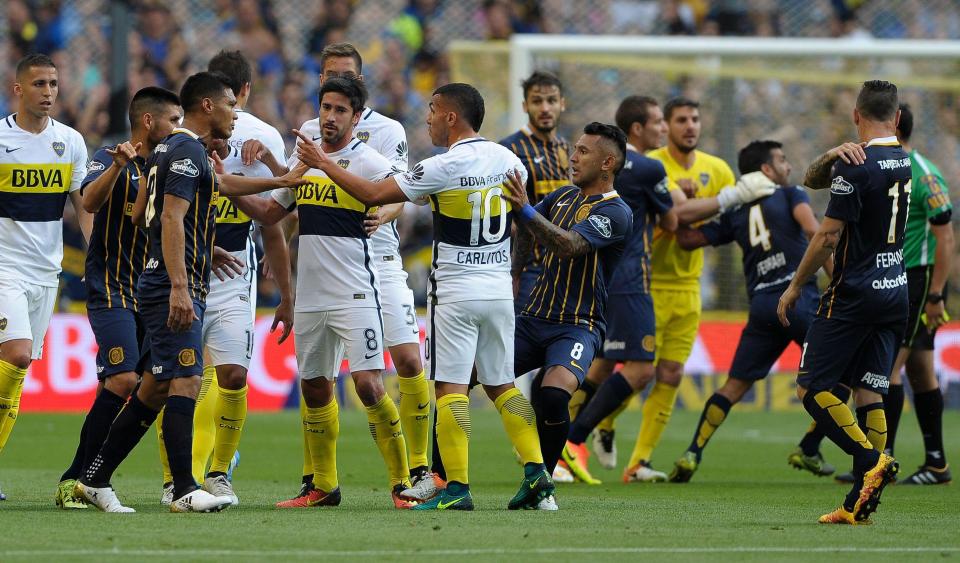 Both men were later sent off, and Tevez — who has never hidden his hidden his love for Boca — insisted at the time: "What Teo did doesn't surprise me. "It wasn't necessary — but we no what type of person he is."

Boca were facing the prospect of being eliminated at the group stage of the Copa Libertadores with defeat Juniors, after a torrid start to their campaign in South America's most prestigious competition.

However, they live to fight another day as Junior striker cancelled out his opener with a goal in his own net to level the scores at 1-1.

Boca are in third place and a point behind the Colombians with just one match remaining.