Bogut begins spruiking the NBL ahead of his Australian homecoming Andrew Bogut has gone all in on his NBL and Boomers aspirations by confirming his retirement from the NBA.

The 33-year-old centre announced the end of his 13-year NBA career while speaking about his decision to sign with the Sydney Kings.

His decision ends one of Australian basketball’s most important NBA contributions as Bogut was an NBA number one pick and most importantly won an NBA championship with one of the league's best ever sides, the Golden State Warriors. 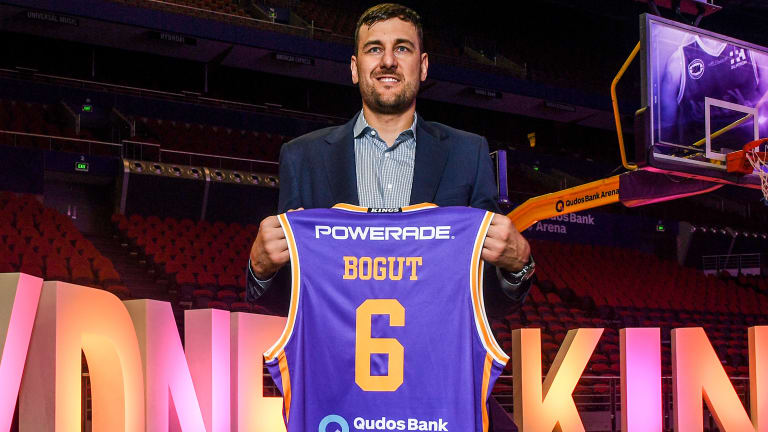 Andrew Bogut is unveiled in Sydney.