Andrew Bogut has announced his retirement from the NBA, confirming he'll play two NBL seasons for the Sydney Kings and also become a future part owner.

Bogut told media on Tuesday there were "no outs" in his NBL deal and he warned rival clubs he was joining the Andrew Gaze-coached Kings to "win games" and not just "sell tickets". 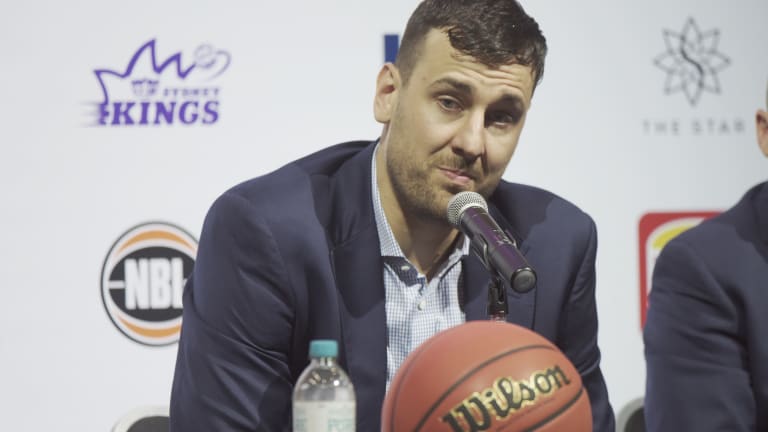 A 13-year NBA veteran and championship winner, Bogut said he had always intended to come home to Australia and play in the NBL and it was only a question of when, not if.

Bogut said it was the "world class negotiations" of the Kings that sealed the deal, despite heavy interest from hometown club Melbourne United, the reigning champions. 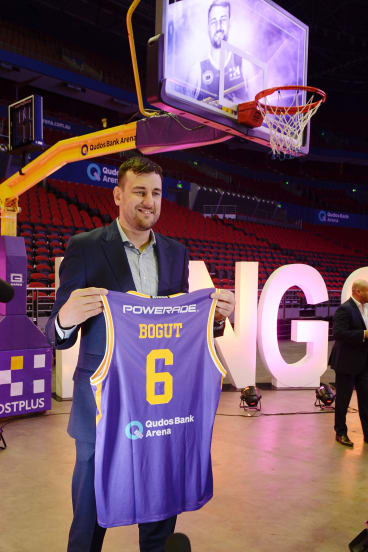 "I'm committed to being here for two years … it will retire me from the NBA, I'm happy to say that today."

The 33-year-old revealed his contract also includes a 10 per cent share in the club when he retires, with an option to buy up to 50 per cent.

"I want some skin in the game, I want to see how viable this is and see where it's going," he said.

"If it goes as well as I think it will there is no reason why I won't put my own money in as will."

Bogut hopes that his decision could set a precedent for other Australian NBA stars to come home and finish their careers in the NBL.

He said a couple of them, who he did not want to name, had already texted him and mentioned they could potentially do the same thing.

The former No.1 draft pick admitted the NBL was in no state to lure him back down under four or five years ago but the league was now in such a strong and exciting position that the time was right.

Bogut said he wanted to play in the NBL while he still had "something left in the tank".

His recruitment will heap more pressure on coach Gaze, who failed to take the team to the finals in his two seasons in charge and now has Bogut joining two former NBL MVPs in Jerome Randle and Kevin Lisch on his roster.

"I expect to still put up numbers, but I'm here to change this club's culturally and to change to things that have hurt the club in the past," Bogut said.

He also committed to the Boomers' 2019 World Cup and 2020 Olympic campaigns.

"Hopefully this all ties in with Sydney having success," Bogut said.

"I'm all for playing for the national team in those two events."