The Trotters suffered a crushing 2-0 defeat to fellow relegation rivals Burton on Saturday. 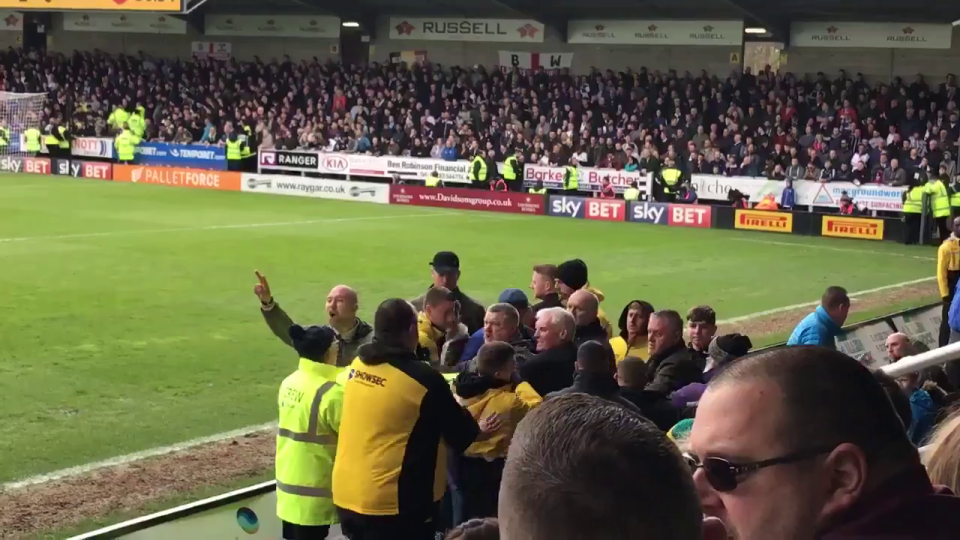 It left the club second from bottom, a point adrift of safety with one game left to play.

Bolton fans arrived at Burton with promise of claiming three points until Hope Akpan opened the scoring after 27 minutes.

Lucas Akins then made it two eight minutes later before Bolton fans started to lose patience.

A group of fans rushed to the bottom of the stand and directed abuse towards the manager. 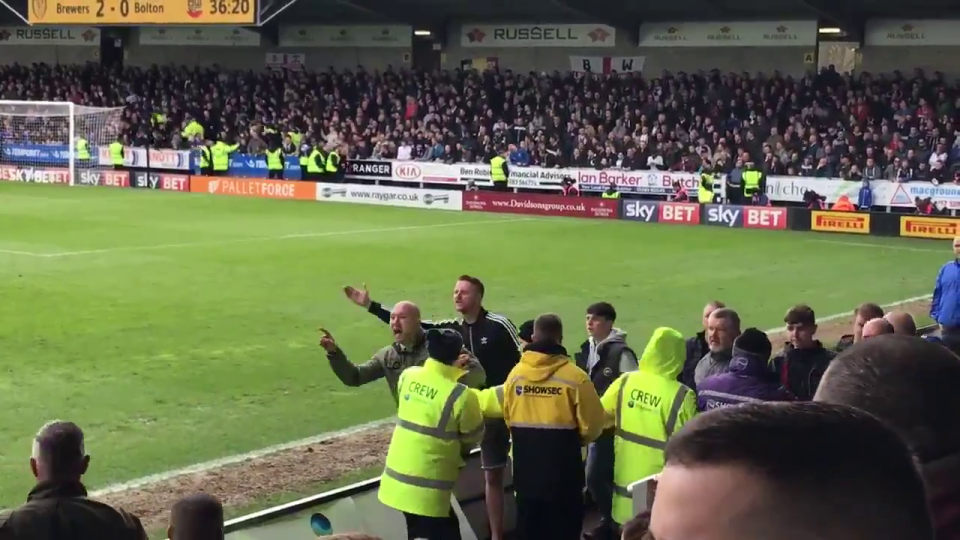 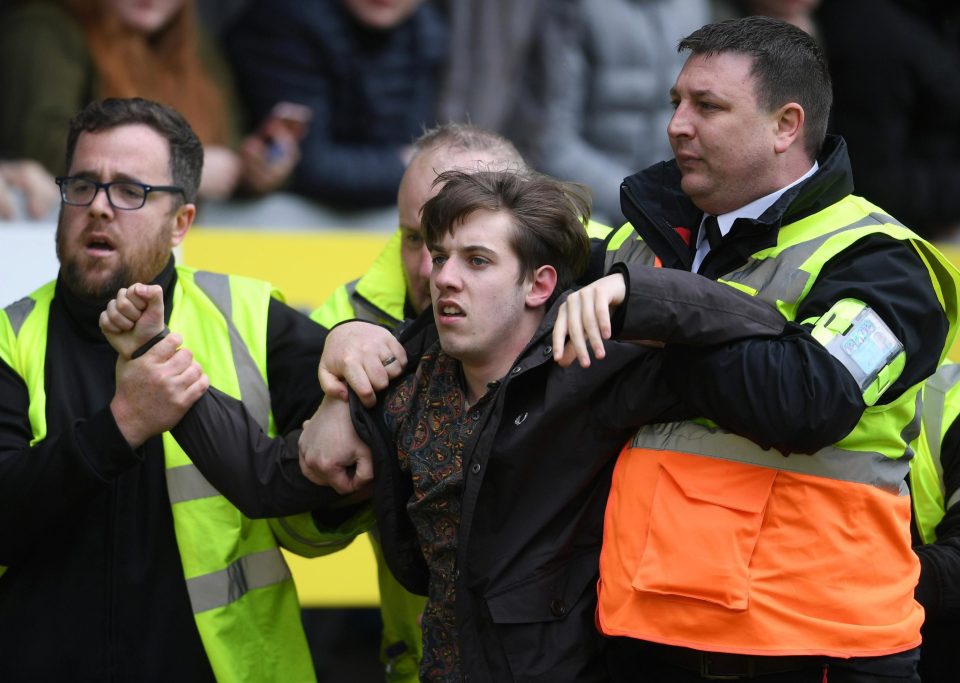 Scuffles then broke out amongst a minority of supporters as frustrations boiled over.

One supporter was seen being escorted out of the Pirelli Stadium.

Five teams remained locked in a fierce relegation scrap ahead of the final round of fixtures next Sunday.

Reading, Birmingham, Barnsley, Burton and Bolton all face a nerve-racking 90 minutes of action.