Flamengo superfan Jose Mauricio dos Anjos will always be wearing his team's colours after getting a timeless classic inked on his upper body. 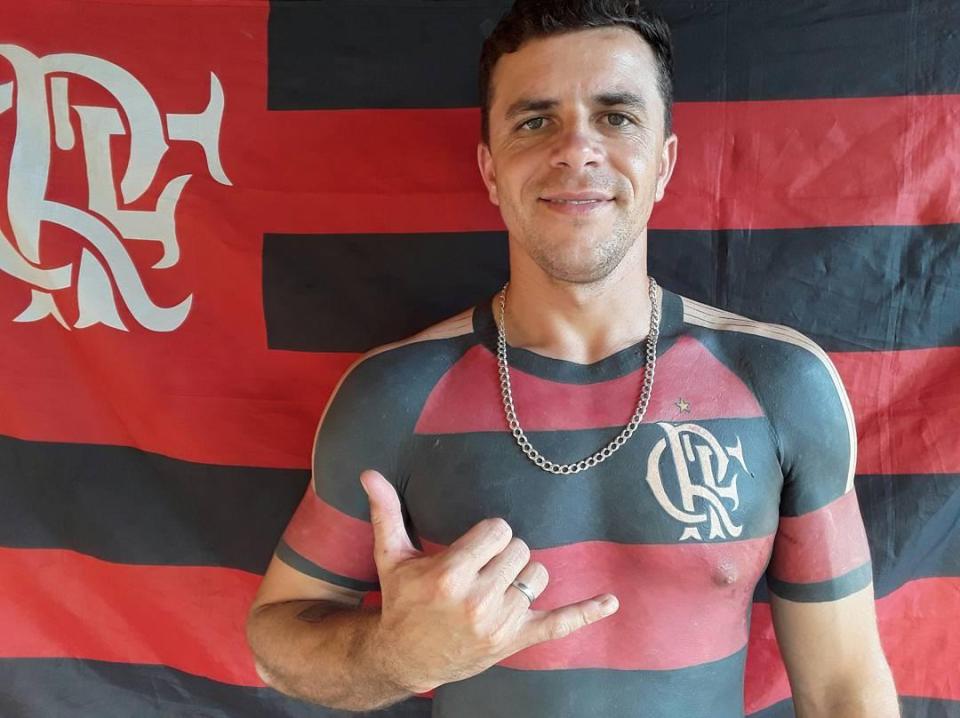 But that doesn't stop him putting on his club's jersey at least twice a week!

Dos Anjos' amazing tattoo took an entire year, with 90 hours spent in agony being jabbed with a needle over 32 sessions.

The outcome has led to the 33-year-old becoming a local celebrity in Rio de Janeiro, his club's home city, and meeting the likes of Brazil and Flamengo legend Zico.

He says he had always wanted a club tattoo but that his father blocked him until he was 18, when he got the team's vulture mascot on his biceps. 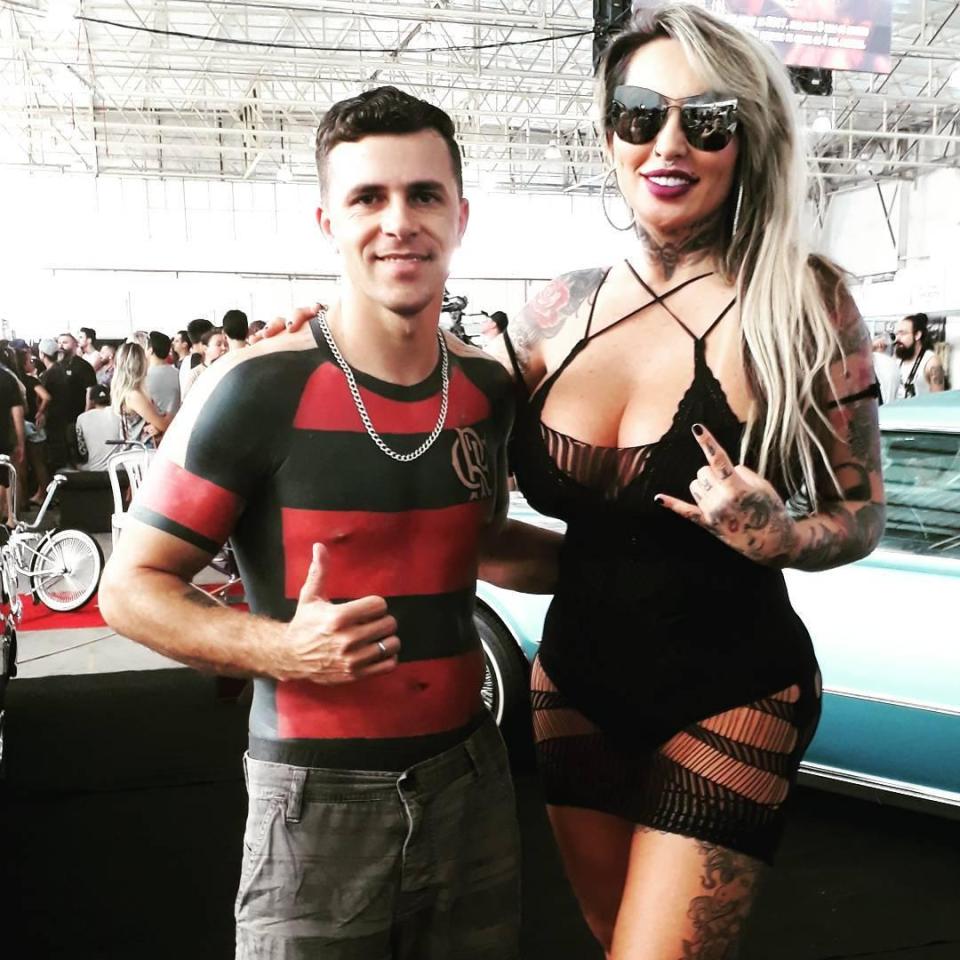 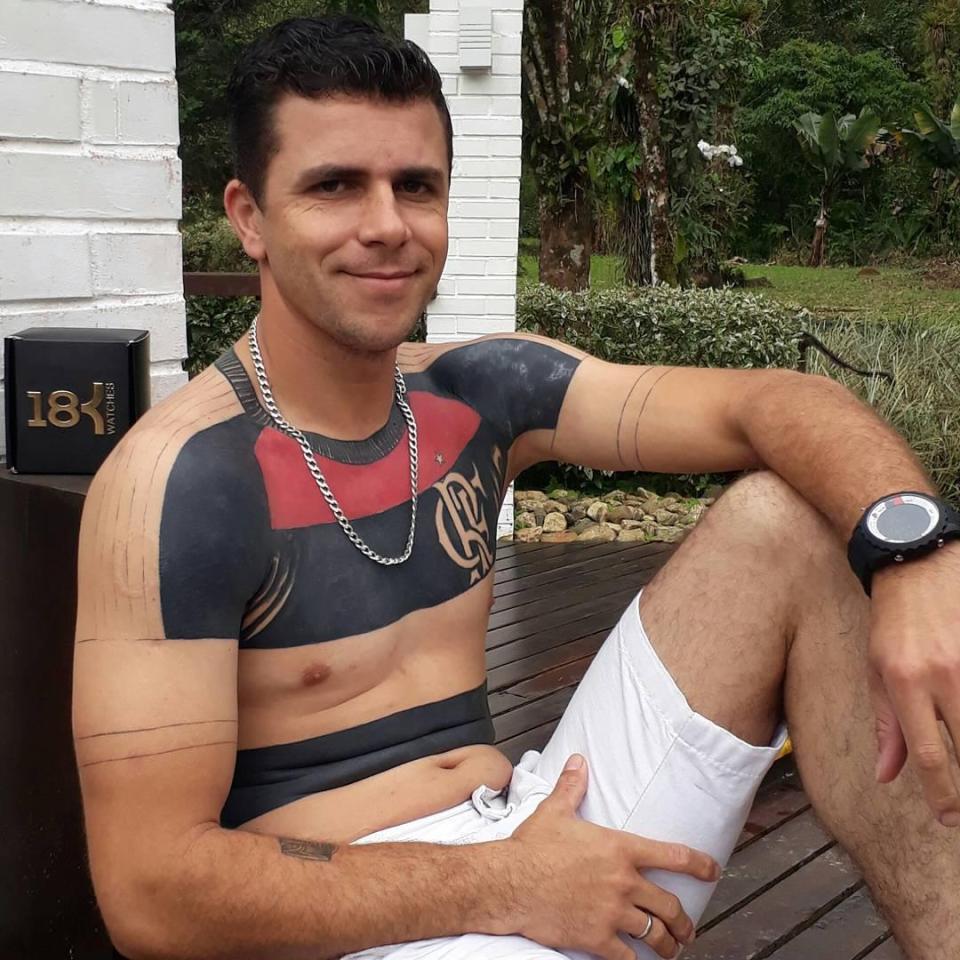 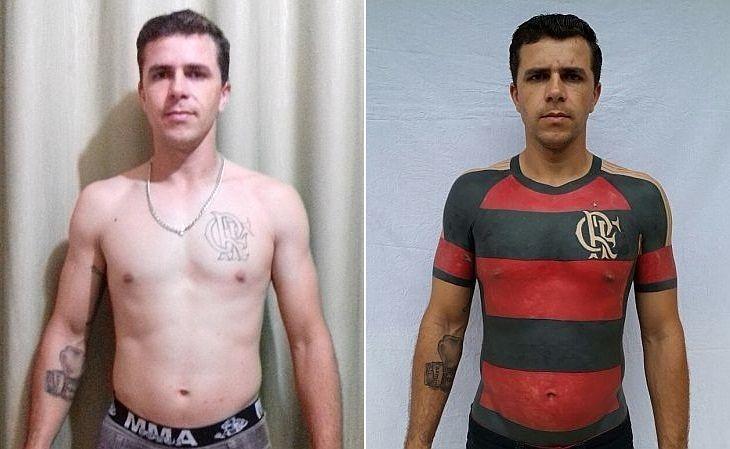 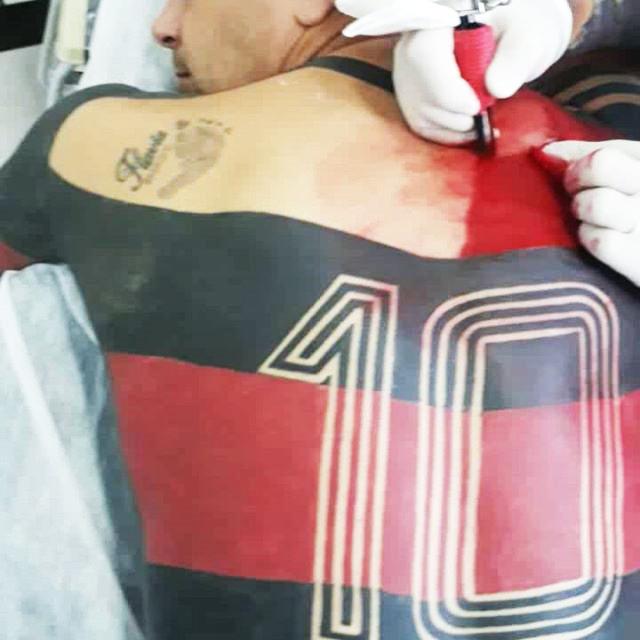 But he went one step further last season by getting the Brazilian top-flight giants' shirt inked on his upper body.

Dos Santos had some skin left bare at '10' designed on his back – the number made iconic by Zico at Flamengo.

Fearing it would be too expensive, Dos Anjos aimed a little lower and asked a tattoo artist for something that covered part of his shoulder and chest.

He was quoted £165 – but then told he could have the rest for free.

Dos Anjos told Vice: "A lot of people told me that I'd feel a lot of pain on my ribs and armpits. The ribs hurt, but the spine was the worst – that was just terrible. My neck and stomach hurt pretty bad, too, but the rest was fine. 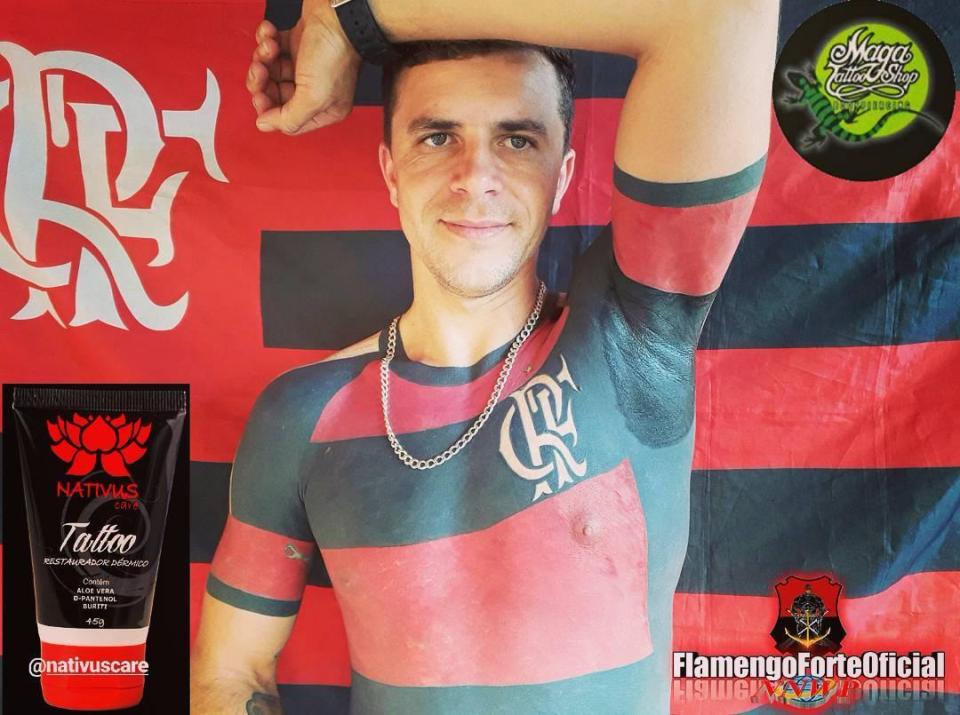 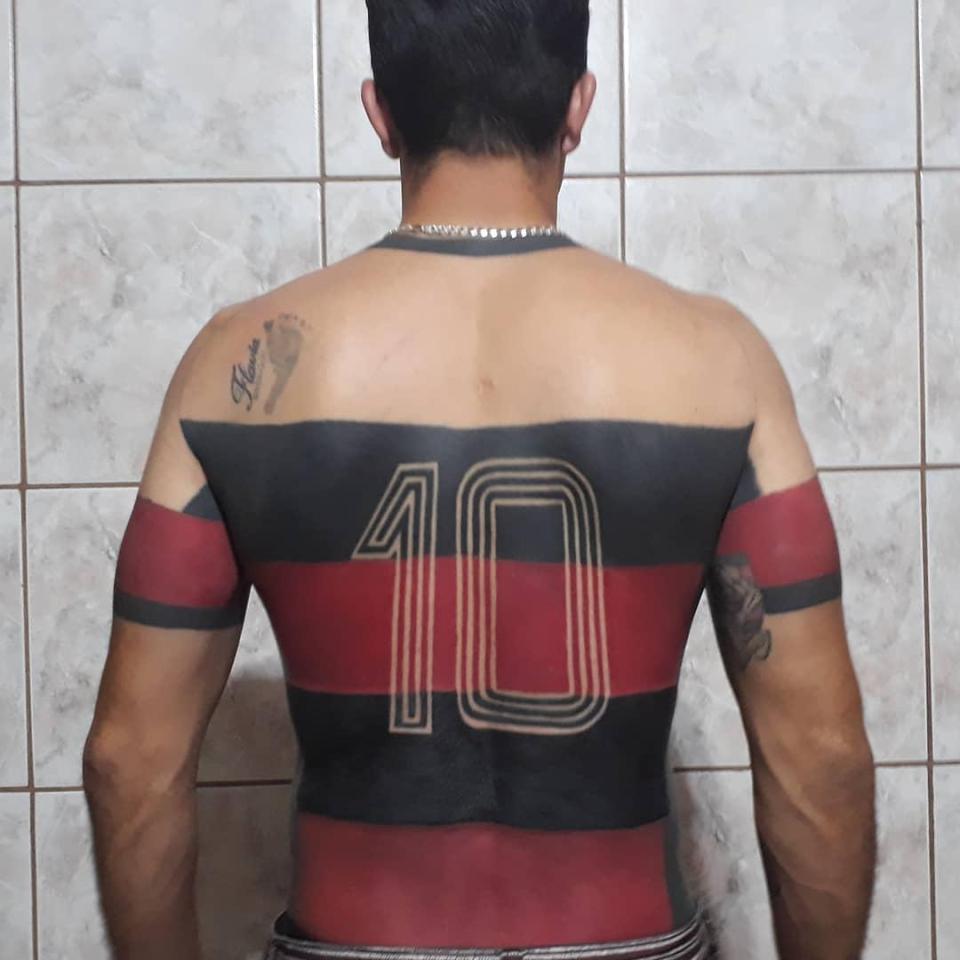 "People ask me if I don't find it strange that I'm always wearing a Flamengo shirt. And I just don't. To me, it's normal. But it doesn't seem like anyone I talk to about it actually dislikes my tattoo.

"When I told her (my wife), she said: 'Stop – are you crazy? Don't do that.' But then we sat down and we talked. She thought people would pick on me, say stuff behind my back or pick a fight with me because of the tattoo.

"And she worried that my family would get upset. My wife is also a Flamengo fan, but she isn't as crazy about it as I am. At the end of the day, she accepted it.

"I met Zico in Rio de Janeiro last December. He was shocked, and touched it to make sure it wasn't painted on. I asked him to sign my skin and I then got his signature tattooed.

"(I still wear a Flamengo shirt) at least twice a week. I'm always shirtless when I'm at home, but when I'm outside that’s not really possible yet – a fresh tattoo shouldn't be exposed to the sun.

"I may get another tattoo related to Flamengo, perhaps on my leg or my arm. But I'm not going to get anything as big as this."