The Surrey Police detention officer hilariously walked out onto the pitch at Griffin Park in front of 11,000 fans on Saturday as the Bees beat rivals QPR 3-0. 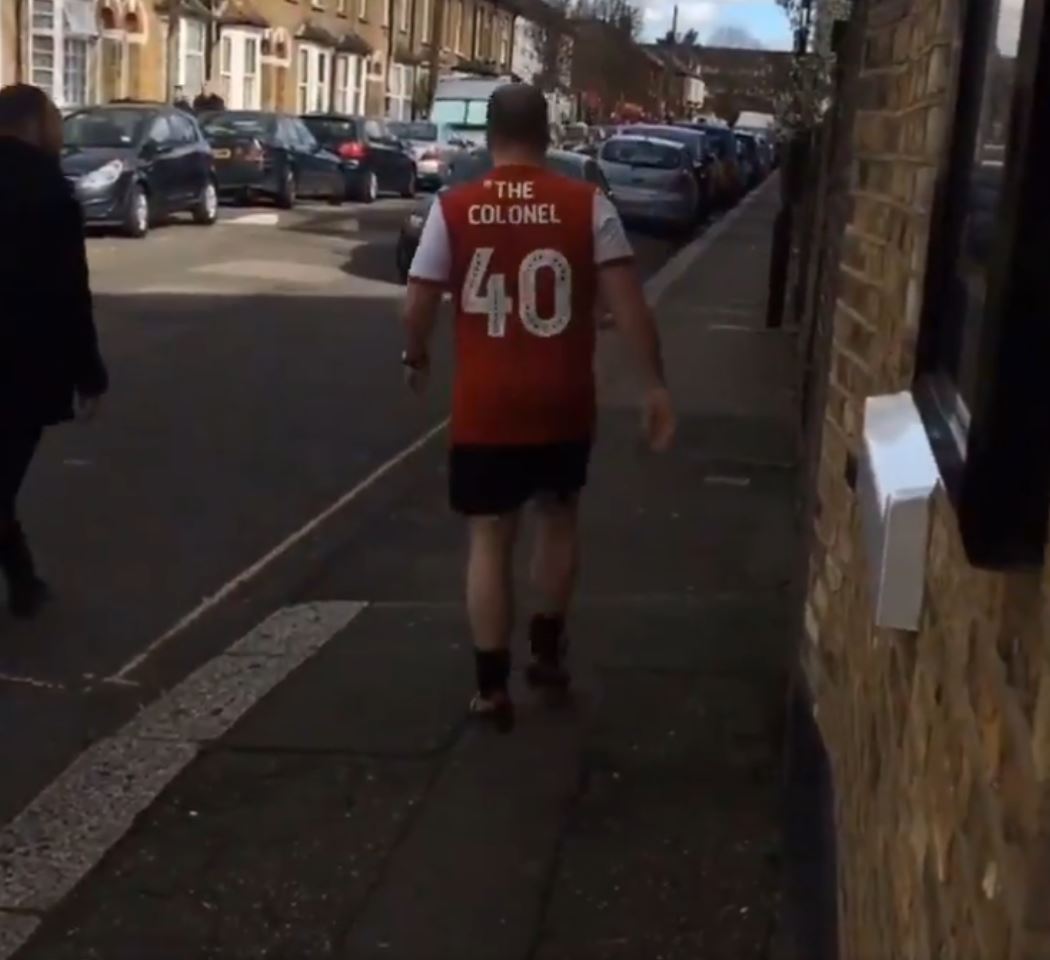 But even though he was an official mascot for the day, Brentford star Kamohelo Mokotjo didn't get the joke and refused to hold Dave's hand as is traditionally done as the players and mascots made their way out of the tunnel.

Originally intending to watch the North London derby at a pub around the corner from Brentford's stadium, his friends treated him with an array of odd gifts.

He was first given a Bees top with 'The Colonel' on the back – a reference to his love for KFC.

Watson was then ushered into the toilets and told to change into the shirt, before being handed club shorts, socks and a pair of boots. 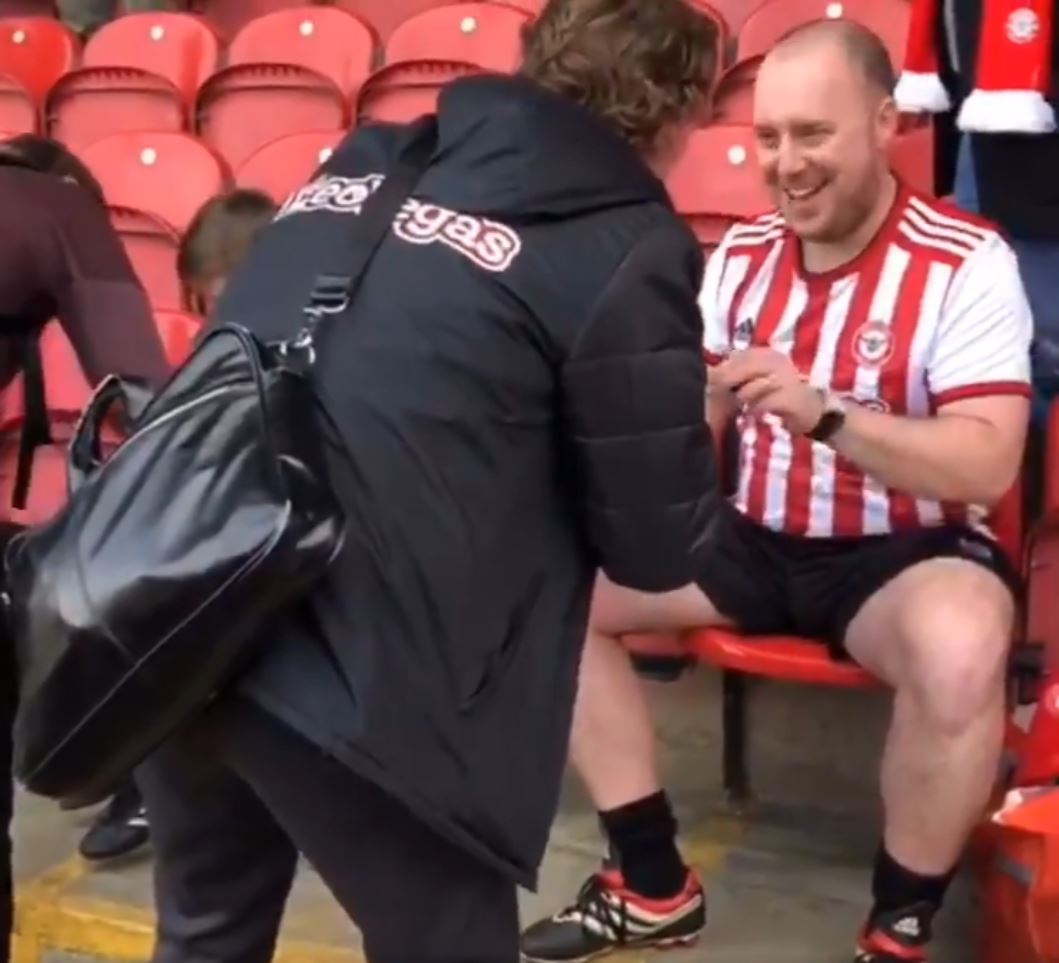 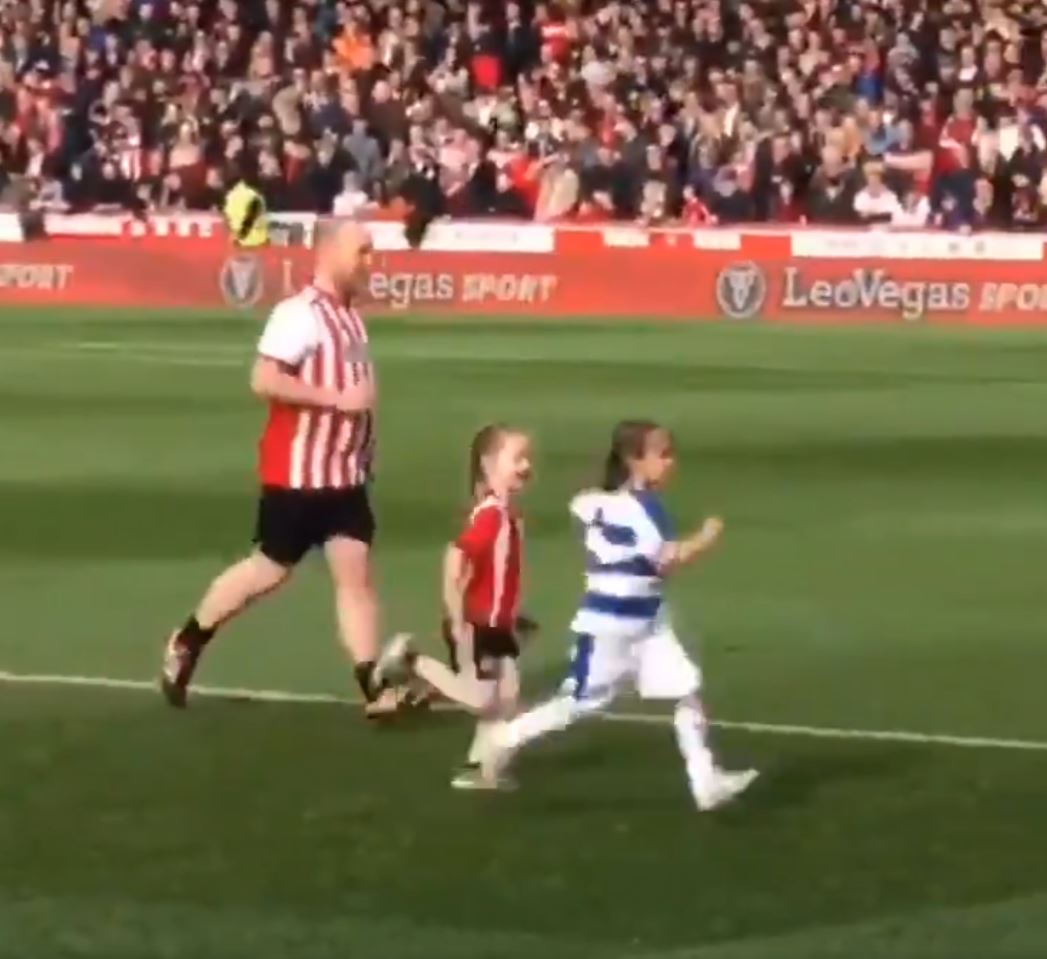 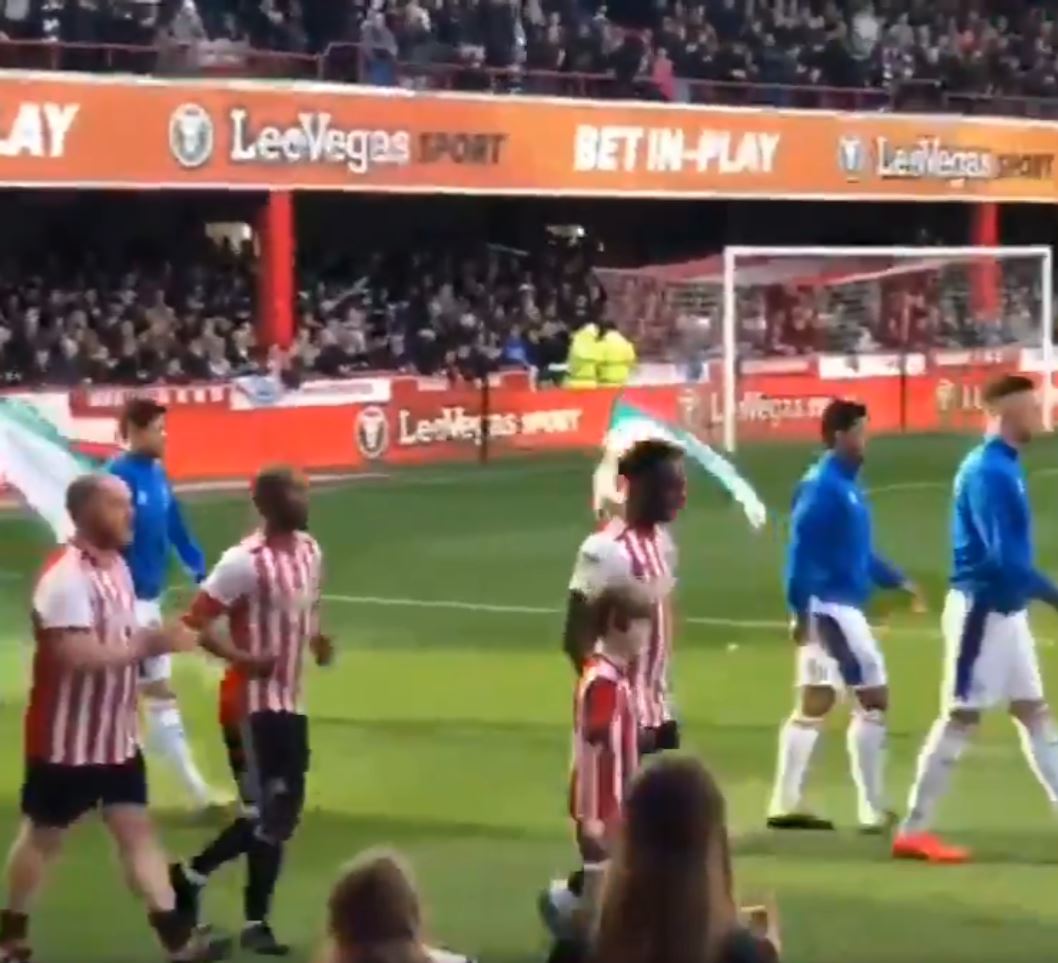 The penny ultimately dropped, as he joked to his pals: "I'm not a mascot am I?"

Speaking to the Daily Mail over the hilarious prank, he said: "I thought something was going on but not anything this extreme.

"I was roped out with the children. They were all nine, ten and seven and then there was me at 40. Everyone was having a laugh.

"The players were all standing behind us in the tunnel and the crowds were cheering. The children in front of me were all holding the hands of the players. 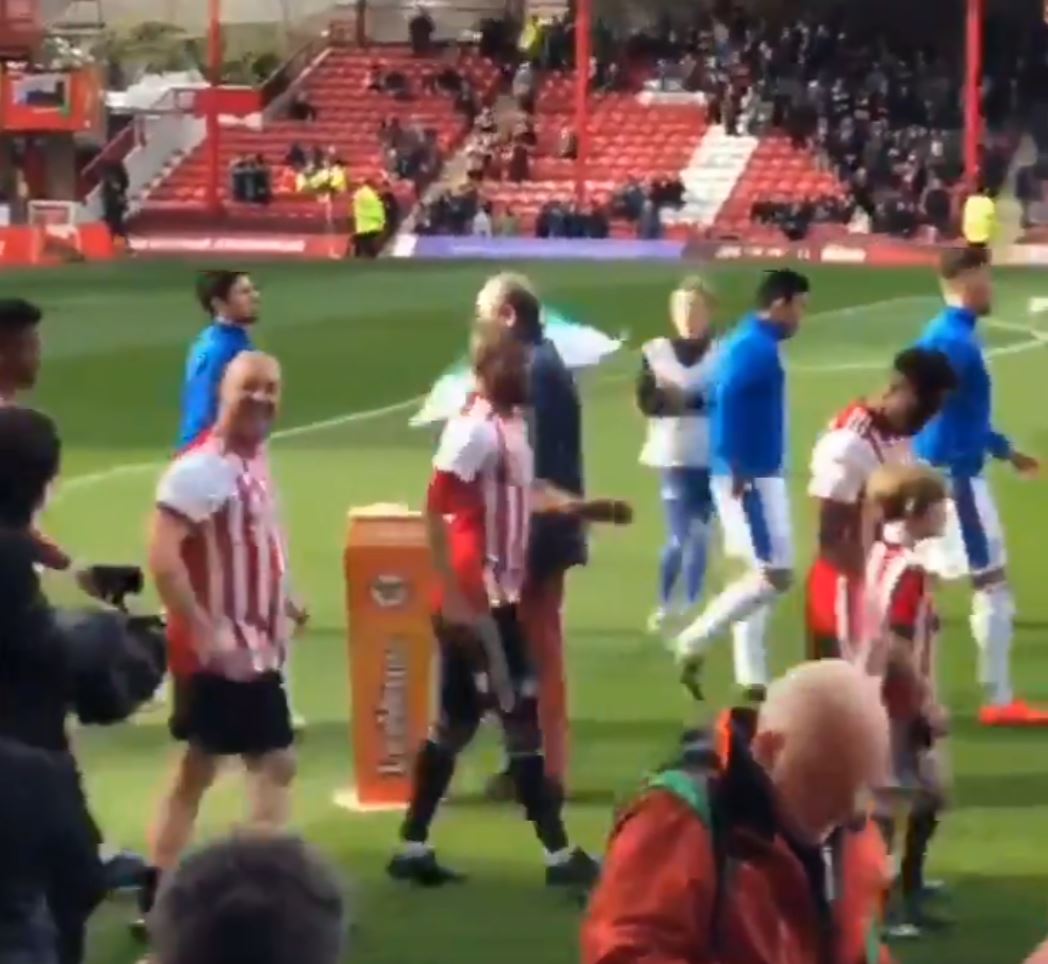 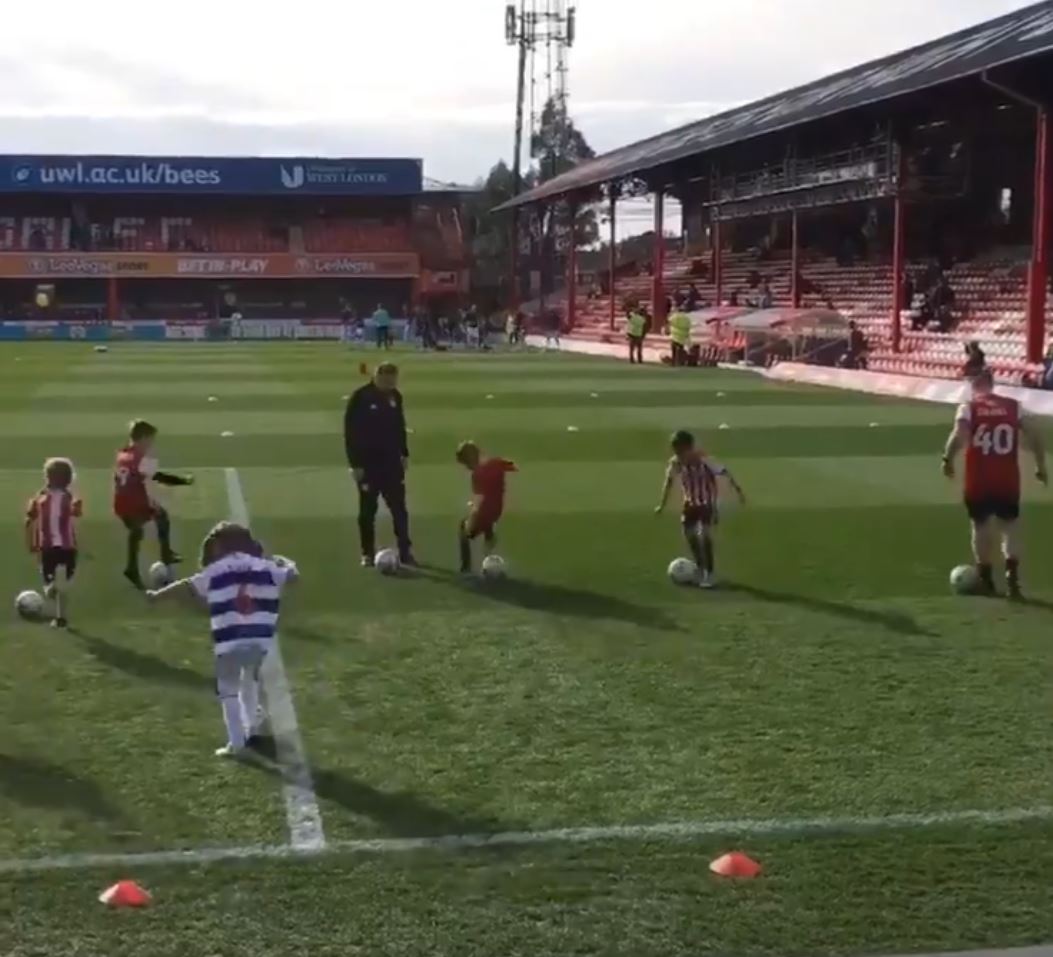 While he also added: "It was quite funny. It was a bit of a tongue in cheek joke. The referee did not know who I was. 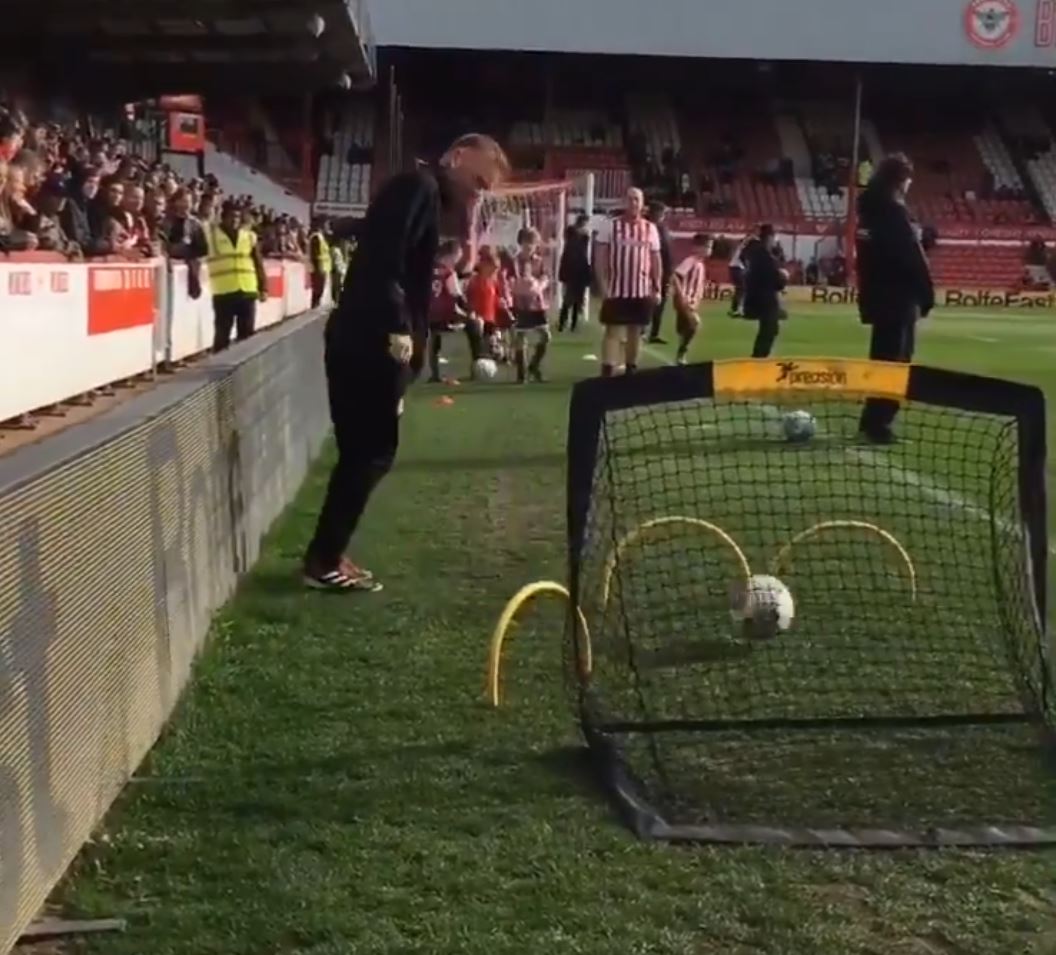 "The other players were looking at me weird. People started chanting. It was a good atmosphere."

One fan who was at the match tweeted: "Who doesn't love a 'grown up' mascot at football?"

While another commented: "Was most amusing to watch him warm up with the kids in front of the ER, his mates ripping him from the terrace! Fair play Colonel!"