Melbourne youngster Christian Salem will miss the Demons’ clash with St Kilda this weekend due to a broken thumb.

Salem suffered the injury during Melbourne’s 36-point win over Essendon at Etihad Stadium on Sunday.

The 22-year-old, who underwent surgery on the digit on Monday afternoon, had his best game of the year against the Bombers with 27 disposals (nine contested), six rebound-50s and five tackles. 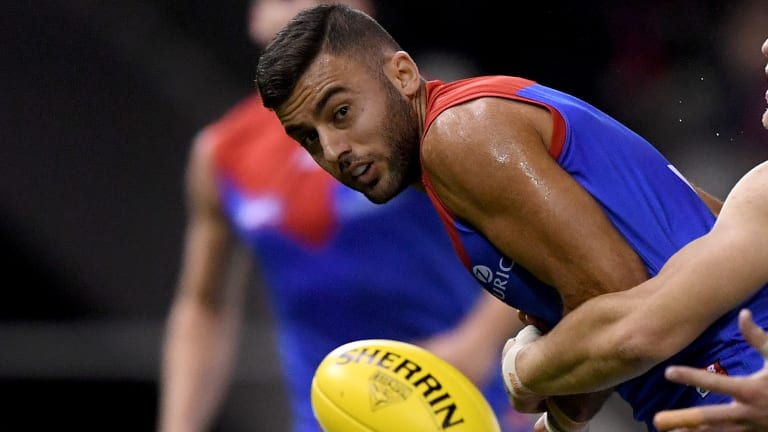 “He’s not sure how he did it, but it happened in the second quarter of the game,” Melbourne elite performance manager Dave Misson said.

“He had a guard put on it at half-time and re-strapped it – we didn’t want it injected, because we felt that it was going to affect his ability to handle the ball.

“He had a scan yesterday (Monday) morning, which showed he had a fracture at the base of his thumb.

“He had an operation yesterday afternoon to stabilise that fracture, so he’s going to need to be reviewed post-op to see how the wound’s going.

“We’re hoping it’s going to be a similar timeframe to Jordy Lewis and we’ll try and turn him around in a week.

“Being the thumb, it’s probably a little bit different to Jordy’s, but we’ll just see how he is later in the week.”

The Demons take on Gold Coast at the Gabba in round eight.