Bruce McHugh's bloodstock sale has a novel look to it

Like Don Quixote, Bruce McHugh, once the bastion of bookmaking boldness, can tilt at windmills, in this instance concerning artificial insemination with thoroughbreds.

The windmill won that fight, but McHugh had a better result when jousting with the late Kerry Packer while hundreds of thousands verbally floated around the racecourse. 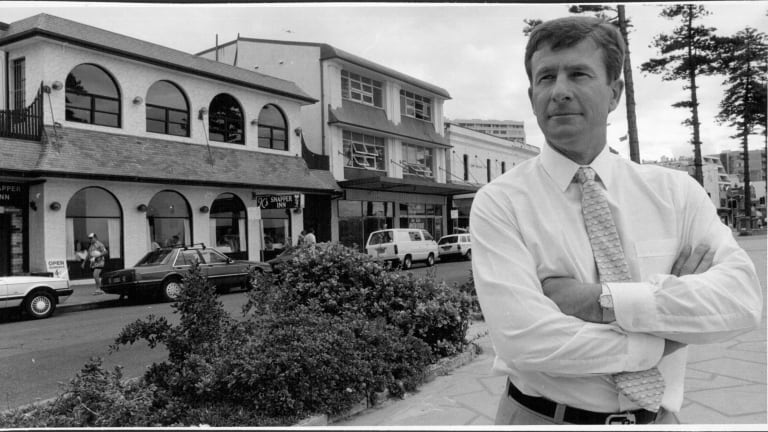 During his journey, which started on a milk cart, not unlike Don Quixote's, the affable McHugh has dabbled in pursuits that make the fictitious Spanish knight look very provincial indeed.

While Don Quixote was mounted on Rocinante, McHugh was also well placed decades back as a shareholder in Bletchingly, the gun stallion of his day.

Which leads to his latest venture: the dispersal sale on Sunday of bloodstock from his Tamworth fiefdom, Tamalee Farm. It includes mares from his black-type Tennessee family as well as those in foal to Arlington, and yearlings, weanlings and racehorses.

An eye-catcher is certainly Dashoff, dam of the recent Rosehill winner Spright, in foal to Teofilo, the sire of Happy Clapper.

Still the auction will be a far cry from the sale of a Victoria Peak colt bred by McHugh, which sold for $950,000 as a yearling back when a million was a million.

Because of the early starts with the milk run, McHugh could later attend to his betting ring commitments, wyhich took him into thoroughbred breeding, racing administration, including a stint as Sydney Turf Club chairman, fruit barns, fish shops, storage spaces and flash pubs.

He didn’t back a loser until artificial insemination, which he describes as inevitable in the future, after the groundwork of his unsuccessful bid.

"Stallion owners [like the windmills Don Quixote mistook for giants] didn't want to lose their monopoly," McHugh maintained this week. "AI will produce better and cheaper racehorses. Australia will get access to the best in the world without the travelling. Look at standard breeds?"

But the McHugh legend evolves around the Big Fella, Kerry Packer. Wise guys figured the bookmaker quit because of the pressure inflicted by the Packer action.

In the Federal Court hearing over artificial insemination, McHugh was grilled regarding his retirement from bookmaking being due to protecting a reputed huge result he had from Packer.

“Totally incorrect,” he countered, adding he was worn out from 25 mentally taxing years playing the biggest punters in racing. He was questioned about the sum he had won from Packer but stressed he had "an arrangement" with the late tycoon never to disclose their dealings.

"The fact that he is dead doesn't give me the right to not honour that pledge," Mr McHugh said, with chivalry worthy of the good Don.

Pressed earlier this week, he relented somewhat, admitting the biggest bet Packer had with him was $7 million on Myocard when the stayer was beaten a half-length in the 1987 Sydney Cup by Major Drive. Ironically, Major Drive was owned by Packer.

"There were two Kerry Packers," McHugh divulged. "One before he sold Channel Nine and one after.

"Before he sold the television station, he dropped $500,000 to me and asked if it would be alright if he fixed me up when he returned from a trip to London, which, of course, it was."

Later came the millions. McHugh explained that Packer mainly only gambled with him between the cricket and football seasons.

When the bookmaker quit, it was the end of a carnival, a golden age for big horse players, when he held $100 million.

The following Monday he received a telephone call from the Australia Jockey Club, who opposed him so strenuously in the courts over artificial insemination. McHugh figured it was possibly an invitation to the AJC committee luncheon because of the contribution he had made to the industry.

"The official wanted to know how quickly I could pay the $1 million turnover tax," he said.

Maybe cynics will argue that Arlington has more in common with the mount of Sancho Panza, Don Quixote’s sidekick, than Rocinante.

But the progeny of Arlington need time to mature, according to Les Young, the esteemed bloodstock expert who plucked a scraggy mare out of bush paddock who became Emancipation, one of Australia’s best of her time.