The 38-year-old forward remains in the frame to play in a fourth consecutive World Cup after being named in the preliminary 32-man squad for the 2018 tournament in Russia. His inclusion comes despite playing only 63 minutes of club football since the start of December and not scoring a single goal in all club competitions for more than a year. 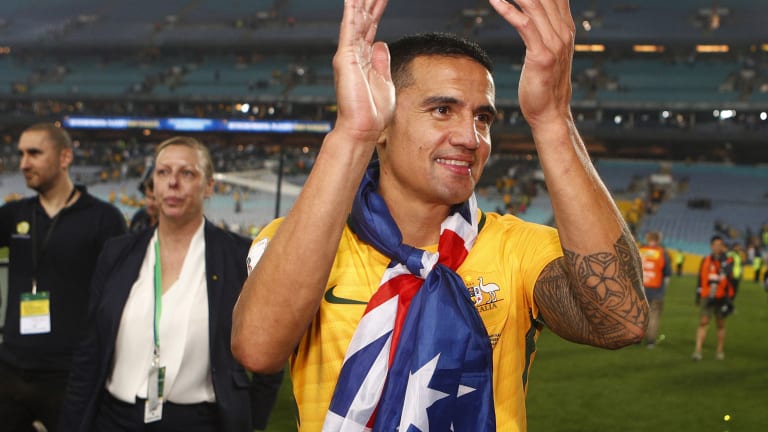 Cahill's much publicised return to English championship club Millwall has not provided him with the game time he desired. He has been reduced to only 10 cameo appearances off the bench, averaging little more than six minutes with each game played for the London club. He was not eligible to play in their last two matches of the season, against Aston Villa and Middlesbrough, after copping a three-game suspension for elbowing an opponent.

"He is a special case. He is special in everything. He is 38 and maybe one of the best ever players for Australia."

It means Cahill will spend the bulk of his preparations for Russia proving his fitness to the national team coaching staff but van Marwijk admitted Cahill's club performances barely factored into his consideration for the Socceroos. In doing so, van Marwijk said Cahill was now effectively considered somewhat of a national team specialist and hinted the veteran would almost certainly survive the final cut of the squad as long as he could prove his fitness was at an acceptable level.

"He is a special case. He is special in everything. He is 38 and maybe one of the best ever players for Australia. He is a very good striker," van Marwijk said. "He doesn't play [regularly for club Millwall], maybe only five or 10 or 20 minutes [per game]. Also he has a problem that he is suspended [for Millwall], and I have to take a decision whether to take him to the world championship."

Despite his uninspiring performances at club level over the past year, Cahill scored arguably the most valuable goals of his international career last October with a double against Syria that helped Australia qualify for the World Cup. It is that performance, coupled with his proven track record at international level, that will become the basis of his selection for the final 23-man squad should he prove his fitness during the pre-tournament camp in Turkey.

"I have to make a choice in the end about the strikers and it will not be easy but that's why I'm here. I'm not afraid of that and he is a special case."

Cahill is one of as many as five centre-forward options van Marwijk has included in his preliminary squad alongside Tomi Juric, Jamie Maclaren, Andrew Nabbout and Apostolos Giannou. The latter earns his first selection since late 2016 having done enough to impress the Socceroos coach since returning to European football with Cypriot club Lanarca.

Maclaren is another attacking option benefiting from a January move, enjoying regular football and having turned in some impressive performances since his transfer to Scottish club Hibernian. The former Brisbane Roar centre-forward was selected after scoring five goals in his last 11 games for Hibs, making him one of Australia's most in-form players.

Swiss-based striker Juric missed his last two club games through injury but is expected to be back to full fitness in time for the start of the Turkey training camp on May 20.