Greater Western Sydney's injury problems have taken another turn for the worse, with star duo Jeremy Cameron and Brett Deledio ruled out of the club's clash with Geelong on Friday night.

Cameron has succumbed to an issue with his big toe while Deledio has hurt his hamstring. Both are also in doubt for next week.

They are major blows for the Giants as both have been key players in the club's strong start to the season.

Cameron sits fourth in the Coleman Medal race while dual All-Australian Deledio has returned to the form of his prime years at Richmond. 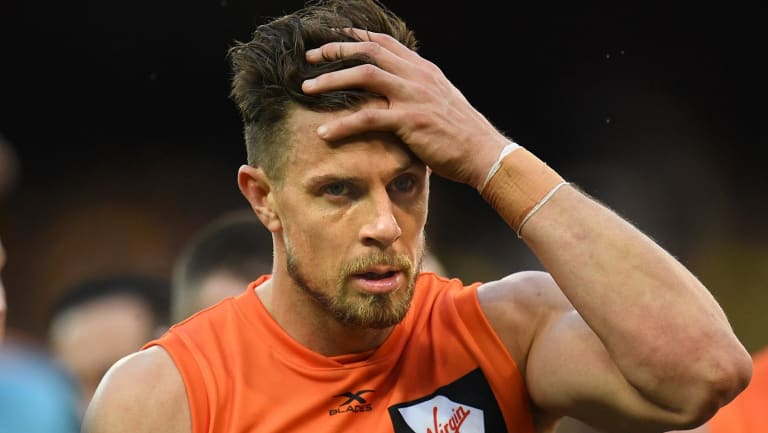 "Brett played the entire game but noticed it at the end of the game against the Lions," the Giants' head of athletic performance David Joyce said.

"We're taking obviously a cautious approach with Brett. It's disappointing because he's played some terrific footy over the course of the season so far but with a six-day turnaround we're just not prepared to risk that.

"Jeremy has been battling with his left big toe for a number of weeks and we just feel that this is the right time – again, a six-day turnaround – to just give him a chop-out this week and hopefully both will be back wearing the guernsey really soon."

The pair joins an already crowded casualty ward for the Giants, who are chasing their first win at GMHBA Stadium.

The Giants will be without seven of their best 22 for the club's only Friday night appearance of the home and away season.

Josh Kelly is still another one to two weeks from returning from groin soreness, as is ruckman Rory Lobb with the knee injury he suffered against Sydney in round three.

The Giants are also awaiting more news on Toby Greene's foot injury. Scans have revealed the All-Australian forward has a hot spot in his foot but do not know how many more matches he will miss.

"He's got a stress reaction in one of the bones in his mid-foot, the exact extent of which is still being determined," Joyce said.

"We've got some more investigations ongoing with him and we expect to have a little bit more clarity in the coming days."