The Canberra Giants went one better than last year but fell one point short of an Australian Netball League premiership in a nail-biting grand final at the AIS Arena on Sunday.

In a back and forth contest the Giants were riding home a raucous home crowd, but the Tasmania Magpies held their nerve to secure an epic 54-53 win. 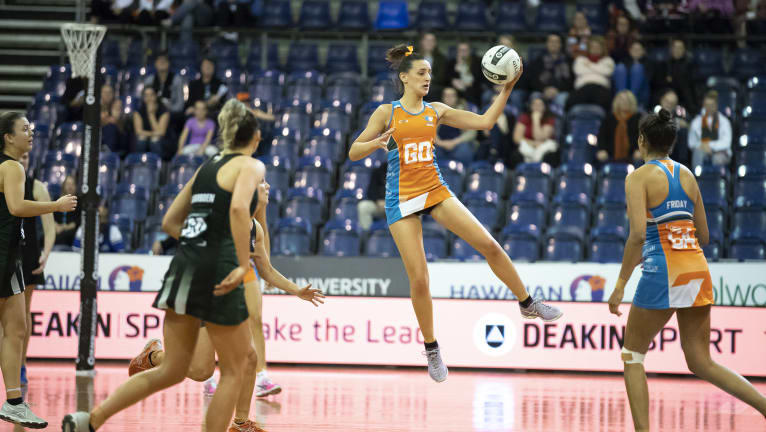 The Giants were playing in their first ANL decider in just the club's second season, following a thrilling upset of top seed Victorian Fury in the semi on Saturday.

Canberra skipper Taylah Davies was sensational through the midcourt and said her team should be proud of what they've achieved this season.

"It was a very tough match, we knew it was going to be tight and it went down to the wire with one goal in it and I think that hurts a little bit more," Davies said.

"But I’m so proud of the girls, coming from fourth spot to make the grand final we should hold our heads very high. To get a crowd down here and have the Canberra fans cheering for us was unreal.

"We got that little bit better than last year and it’s really exciting because we’re only going to get better again, it’s the second year of Canberra Giants so it’s exciting times ahead, bring on next year." 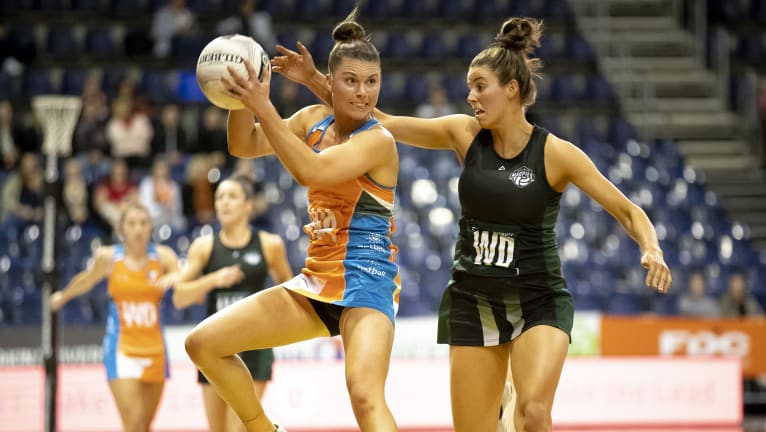 The Magpies flew out of the blocks and held a 16-12 lead at the first break but the Giants clawed their back into the contest through flawless shooting from Beryl Friday who made it a one-goal game at the half.

The Giants took the lead in the third but Tasmania regained the ascendancy heading into the last and while Canberra went desperately searching for the winner, it never arrived.

Canberra coach Sharyn Hill said the game was there for the taking and pointed to a their slow start for ultimately finishing just short.

"That was really tough but we’re so proud of all the girls, they left everything out there. But you know a one-goal match is a really hard one to swallow," Hill said.

"We kept creating opportunities to get intercepts and that’s all we can ask for, in the end we just ran out of time and the final buzzer went at the wrong time.

"There are so many young players out there who wouldn’t have played in this arena before, such an experience, a tight match like that in front of a big crowd and they’ll be all the better for it.

"From where we were at the beginning of the campaign to now is streaks apart and this team is definitely on the rise. We'll come back bigger and better next year."