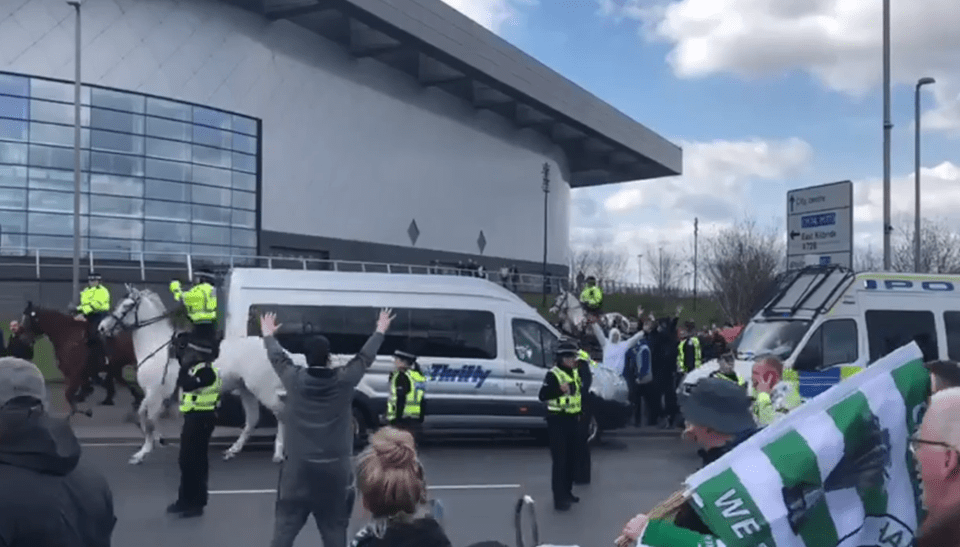 Bottles were thrown by both sets of fans outside Glasgow's Emirates Arena as police escorted Rangers fans to the match.

Mounted cops, riot vans and dozens of officers shepherded the Ibrox faithful to Parkhead but hundreds of Hoops fans lined the streets.

Rival supporters taunted each other before ugly scenes erupted with glass bottles tossed into both crowds of fans.

Just two weeks ago at the last Old Firm clash, A Rangers fan leapt from the top of a supporters’ bus after launching a beer bottle amid a clash with rival Celtic fans.