Kim Waugh has the Brisbane Cup in mind for former Lloyd Williams stayer Our Century after a tough win in Saturday’s Lord Mayors Cup at Rosehill continued the trainer’s magical run.

The Wyong trainer has had 16 winners from her past 50 runners, from Port Macquarie to Rosehill, but it’s her purchases from the Williams yard which are set to take her to the Brisbane carnival. 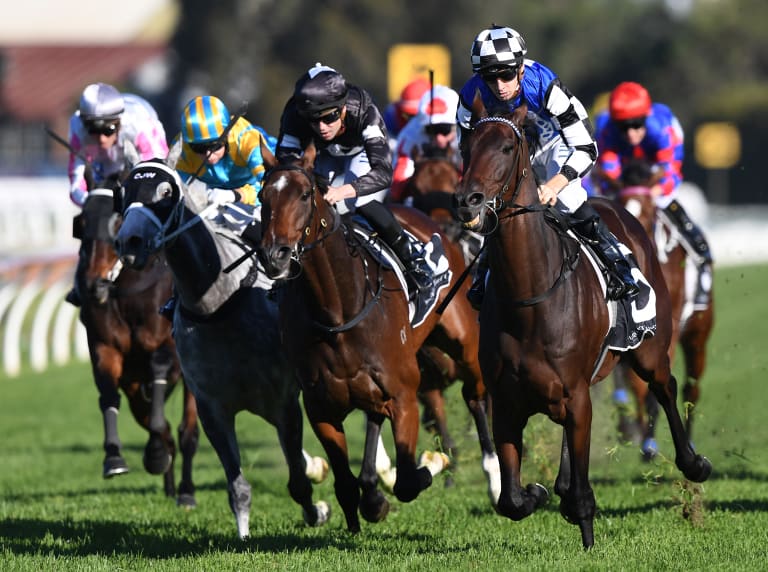 “I just have a good bunch of young horses coming through together and it has been a good run,” Waugh said. “You put them where they can win and they have been doing the job.

“But we need some good horses and this bloke and Goathland are just that.

“Now we have these two good stayers that I think will measure up to Brisbane, and can take us to a different level.

“They are a pleasure to train and the exciting thing is we really don’t know where they are going to get to because there is improvement in them.

”You look at Our Century there, he was three-wide, how good is that win? He is probably going to get better as he steps up in journey."

Waugh and her husband, Mark, went to Williams’ Macedon Lodge looking for stayers and came away with recent Randwick winner Goathland and Our Century for $145,000 each. It looks money well spent.

“Lloyd was great and we have got two nice stayers. You don’t often get horses like them in such good condition,” Waugh said. “They have both been going great and have run up to what they have been doing at home.

"I really love Lloyd at the moment.”

Our Century opened at $26 early in the week and was backed in to start at $9, and he was simply too strong for his rivals. He was three wide for the first half of the race before running away from to win by one-and-a-quarter lengths from Ecuador. Nettoyer was third.

It gave jockey Jason Collett a winning double after Gem Song won the opener and he left no doubt about his thoughts on Our Century.

“He gave me such a good feel going to the barriers, I got more confident,” Collett said. “The worry was the wide draw and when I got caught out there, it wasn’t ideal but he was just in a good rhythm.

“I was worried but he always felt like he would give a good kick and he did.

“He was just a superior stayer against those horses and he will get better.”

Waugh plans to run Our Century in the McKell Cup before the Brisbane Cup, while Goathland will head to Brisbane next week to try to measure up in black type .

“They have both won now and there is more in store for them,” Waugh said. “I will keep them apart because they are very nice horses.

“Goathland will run next week in Brisbane and is going just as well as Our Century.

“We are going to have some fun with them. Our Century is going to improve from that because it was only his second run from a spell.

“He is a seven-year-old but very lightly raced, and as you saw there, he is just a strong stayer.

“The 2400m will probably suit him better in the McKell Cup and we are aiming to be peaking for the Brisbane Cup."