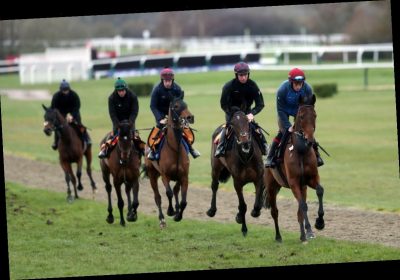 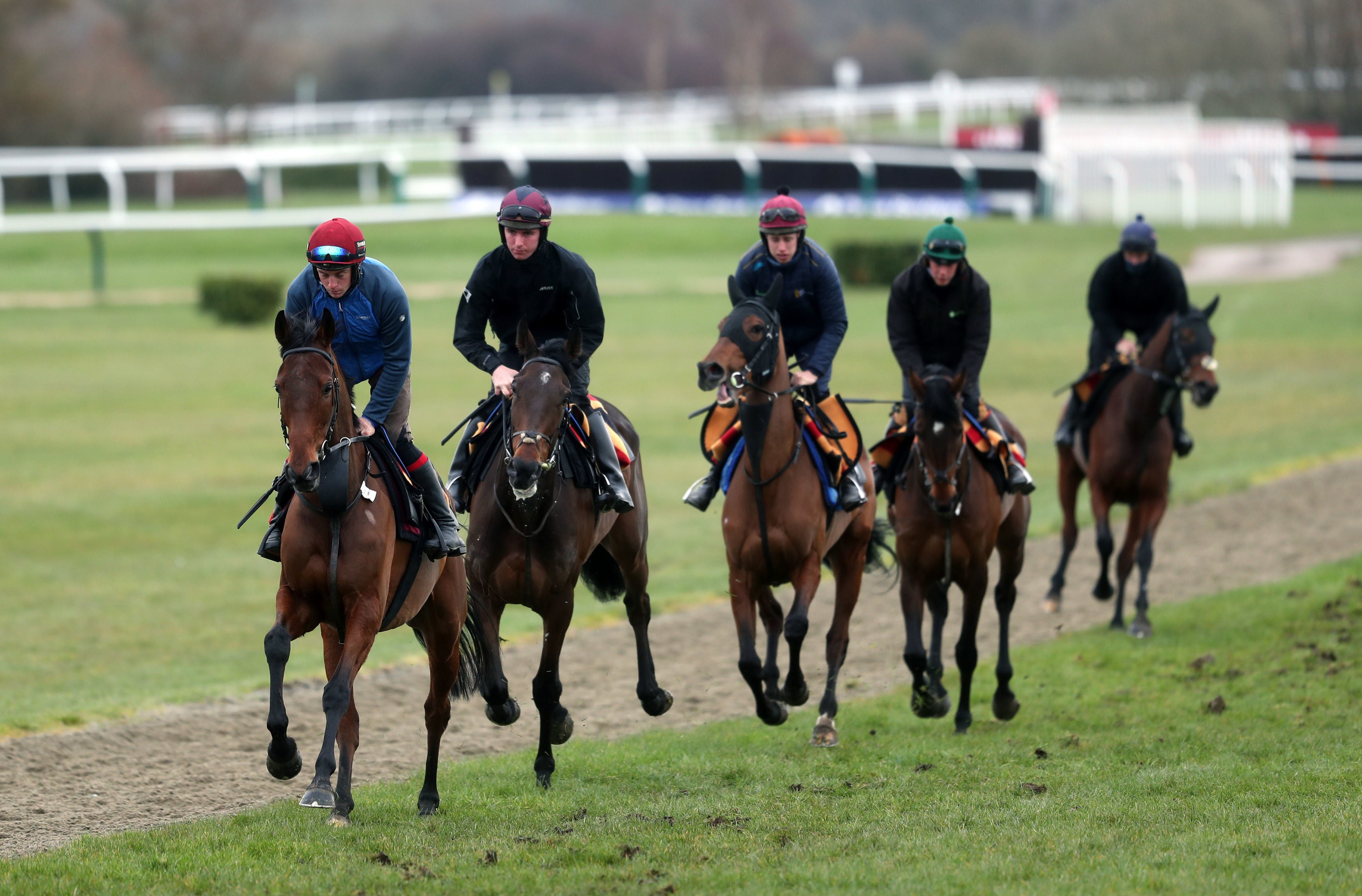 The 2021 Cheltenham Festival begins with Honeysuckle bidding to dethrone Epatante in a mouthwatering clash for the Unibet Champion Hurdle. The market for the feature event on day one of the Festival is dominated by the two top-class mares, with Henry de Bromhead’s Honeysuckle just about edging favouritism off the back of a scintillating display in last month’s Irish Champion Hurdle at Leopardstown.

Epatante provided trainer Nicky Henderson with his eighth Champion Hurdle success last season – and owner JP McManus with his ninth. She looked as good as ever on her seasonal reappearance in the Fighting Fifth at Newcastle in November, but returns to the Cotswolds with something to prove after suffering a shock defeat when bidding for back-to-back wins in Christmas Hurdle at Kempton on Boxing Day.

Willie Mullins runs last year’s runner-up Sharjah, as well as Saldier and intriguing French recruit James Du Berlais. The former has 19 lengths to make up on Honeysuckle on their meeting in the Irish Champion, a race he also disappointed in last season before raising his game at Cheltenham.

The Prestbury Park track would normally be packed to the rafters for its mid-March showpiece, with racegoers from Ireland and Britain – but this year coronavirus restrictions mean no crowds of punters and only participants and essential personnel in attendance.

The famous roar that always greets the first race will be absent, and the normally jubilant scenes in the winner’s enclosure inevitably muted. There is still plenty of action to look forward to and you can follow all of it throughout the afternoon below:

Bookmakers have a spread on the superiority of the Irish over the British this week. I’m on more than six of an ascendancy. Maybe I am biased!

We’re just over 20 minutes away from the first! If you like to lay horses on Betfair at short odds, you are not short of options with Appreciate It 1.86, Shishkin at 1.51 and Honeysuckle a remarkable 2.32!

One thing striking is the handicaps are more open to poorer-quality horses this year. Young Dev gets into Kim Muir off a correct rating of 122.

No major news from Thursday’s declarations. Envoi Allen faces seven, Allaho is declared in a tongue tie in the Ryanair (after pre-declarations market weakness) and 15 go to post in the Paddy Power Stayers Hurdle. The Shunter runs in the Paddy Power Plate. The mares’ novice looks a cracker with 15 runners.

Here’s a striking stat for you.

Here’s how the ground is shaping up.

With the ground soft pretty much all over according to Mick Fitgerald, the contraction of odds is notable: Appreciate It 5-6, Honeysuckle 5-4 and Next Destination to 5-2 with Paddy Power.

Hello and welcome along to The Independent’s live coverage of day one at Cheltenham Festival. For a bit of pre-race reading, here are our tips and best bets ahead of a mouthwatering day one: 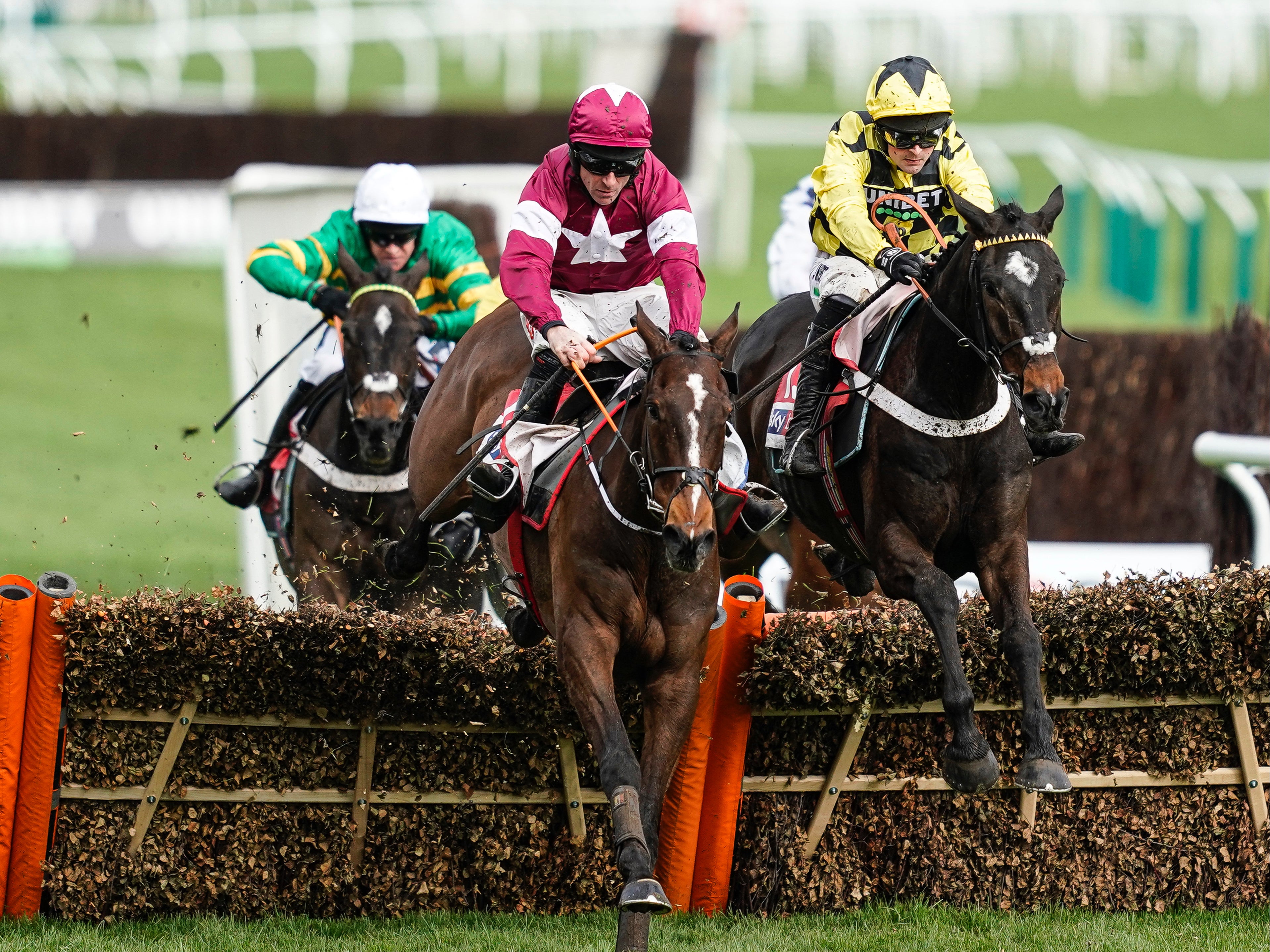 Four-day festival begins today with plenty to look forward to