City's jungle tigers in touch with their wilder sides No one can say Melbourne City have not explored every avenue to make themselves as competitive as possible this season.

Coach Warren Joyce revealed on the eve of the club's A-League semi-final that he and his players had sought inspiration from several other sporting codes and clubs as they looked to lift their performances to higher levels. 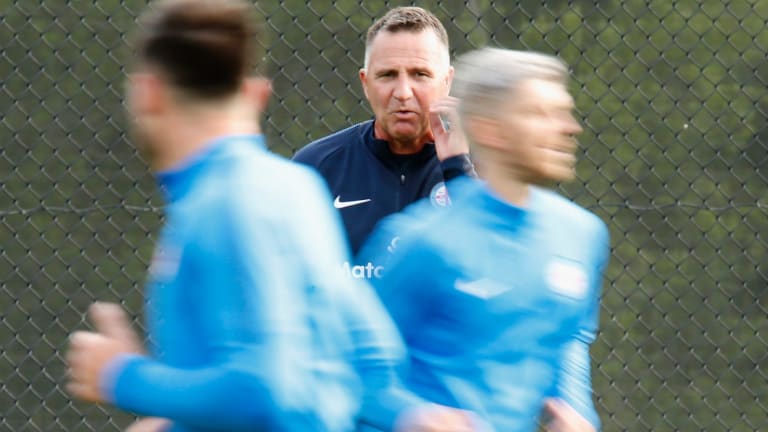 ''We have spoken to the staff at Melbourne Storm, we have been to Carlton, we have had Neil Craig [former Adelaide AFL coach] in a few times and different things [are] happening now that maybe weren't happening at the start of the year.

''About culture, the characteristics of serial winners, and pride, and what type of character is required, what winning looks like.

There was even talk of the laws of the jungle, he said.

''Neil Craig had a conversation about zoo tigers and jungle tigers, how the zoo tiger gets fed and looked after and how the jungle tiger has to fend for itself.

''You want players capable of making decisions, fending for themselves, making the right choices at the right time, putting high demands on one another – I think that's progressed throughout the year.''

So, is City full of jungle tigers now?

''You would like to think so, you woud like to think that we could even create zoo tigers that are even hungrier than jungle tigers by having the environment here that was even harder than the jungle,'' Joyce says with a grin.