WWE has rightly celebrated his life and career, but the company wasn’t always on good terms with Sammartino. 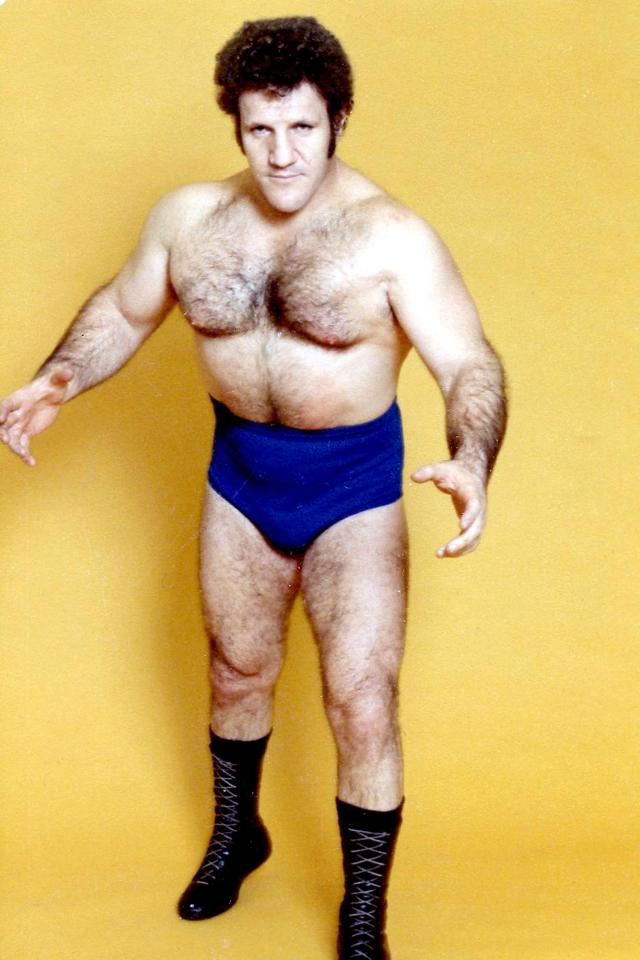 He’s one of several top stars who notoriously fell out with WWE and its chairman Vince McMahon.

The “Living Legend” was WWE’s longest reigning champion ever, holding the belt for a combined total of 12 years. He was also at odds with the company for decades afterwards.

After leaving WWE in the late 1980s, Bruno became an outspoken critic of the direction Vince McMahon had taken his beloved sport. 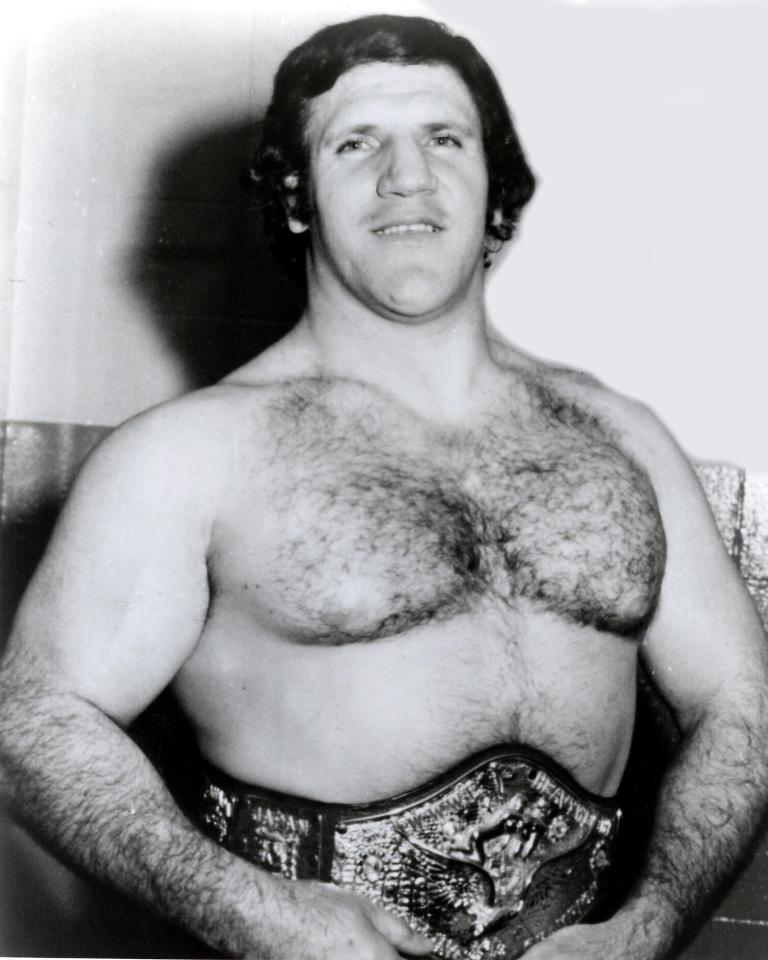 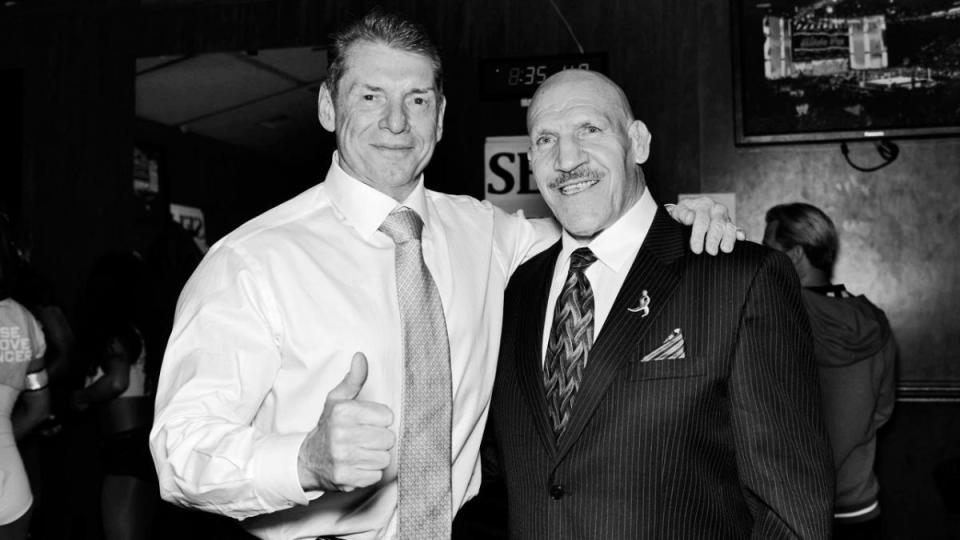 He labeled the product as “garbage” and slammed steroid use, Hulk Hogan, and the Attitude Era – especially its top star Stone Cold Steve Austin.

Bruno said: “I didn’t care for him because of his mouth. He was a very, very vulgar individual.”

Sammartino was known for his integrity and as a defender of wholesome values – it was no surprise that he hated WWE’s then-ultra profane and sexualised product.

He refused a Hall of Fame for several years, saying it would be “hypocritical” of him to accept.

But with WWE now committed to a PG product, Bruno made peace and finally accepted an invitation to join the Hall of Fame in 2013.

Warrior was one of WWE’s top names in the late 1980s/early 90s and to some (especially in his own mind) an equal star to the mighty Hulk Hogan.

But Warrior had a notoriously turbulent relationship with WWE. 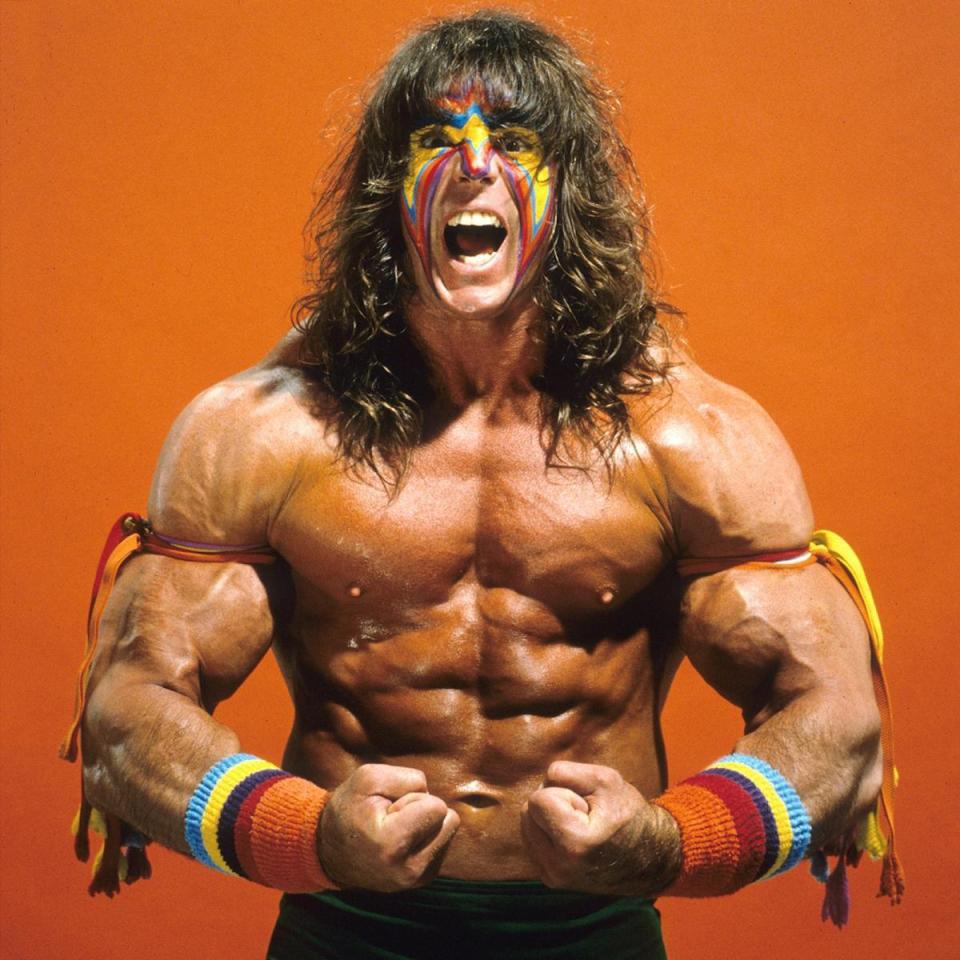 He left the company three times under controversial circumstances – over a pay dispute in 1991, for alleged steroid use in 1992, and for no-showing events in 1996.

WWE later smeared his reputation with its Self Destruction of the Ultimate Warrior DVD – a collection of interviews trashing the former champ for his unprofessionalism and lack of wrestling talent.

Warrior fired back with several lawsuits – over the trademark of his gimmick and his treatment in the Self Destruction DVD – and slated Hulk Hogan in videos posted online.

Warrior and WWE bear-hugged and made up in 2014, when Warrior was inducted into the Hall of Fame, three days before his sudden death. 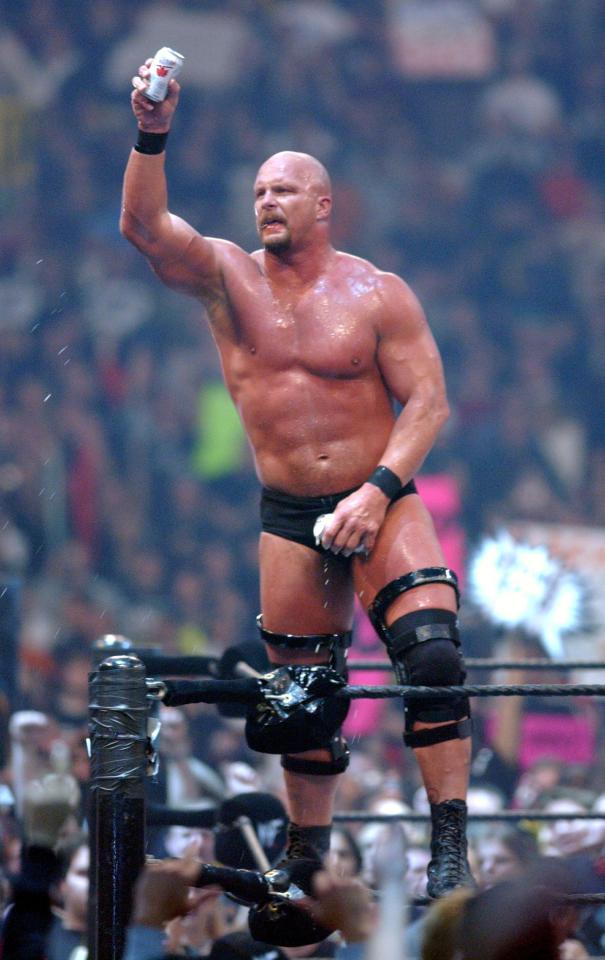 After his botched heel run and the transition from red-hot Attitude Era to the much-less-hot Ruthless Aggression Era, Austin was frustrated with his spot in WWE.

His character was diminished with his role in the woeful Invasion/Alliance storyline and he found himself relegated to a mid-card spot at WrestleMania X-8.

The final straw came when WWE scheduled him to lose to “Next Big Thing” Brock Lesnar in a King of the Ring qualifier on Raw – a potentially huge match that was booked with no build.

Austin no-showed the event – which Bruce Prichard has since revealed upset a lot of people backstage, including The Undertaker – and he was written off WWE TV.

Vince McMahon criticised Austin, saying that he had some “apologizing and explaining” to do if he wanted to return.

Austin eventually came back (after being fined £250,000 by Vince) and wrestled his last ever match – facing his old foe The Rock – at the following year’s WrestleMania. 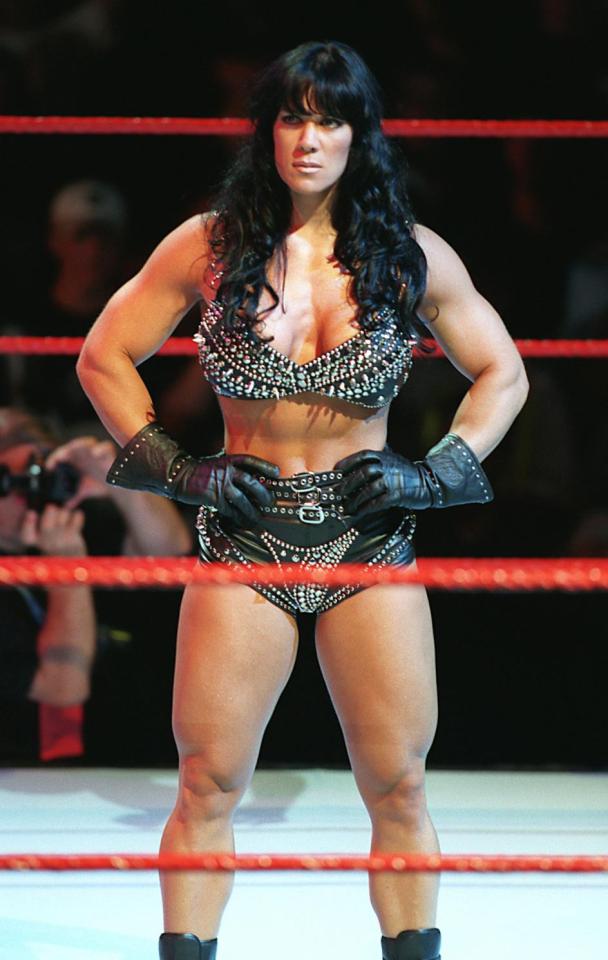 As Triple H’s on-screen bodyguard and real-life girlfriend, Chyna was a major star of the Attitude Era – next to only Stone Cold and The Rock in terms of mainstream crossover potential.

But Chyna’s relationship with WWE ended abruptly in 2001, with conflicting reports about why she left the company.

The popular rumour is that she was shunted out after former boyfriend Triple H began a relationship with Stephanie McMahon – though others have disputed that.

Chyna, who suffered from depression and substance abuse issues, later accused Triple H of hitting her during their relationship, which he vehemently denied.

X-Pac (also a former boyfriend) recalled how she apologised to Triple H for her accusations at Roddy Piper’s funeral – but WWE weren’t interested in reopening communications. 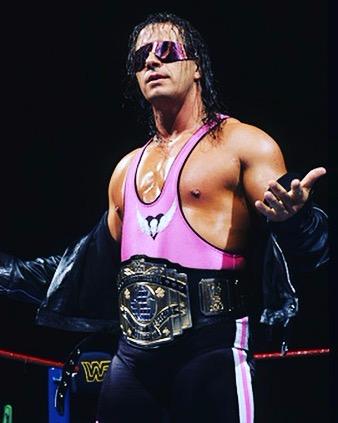 Pro wrestling’s most famous falling out is arguably its most important ever moment too – a game-changer for the entire business.

In summer 1997, Vince reneged on a 20-year contract he had previously offered Bret, effectively pushing him towards a job with rival promotion WCW.

Vince then screwed “The Hitman” out of the WWE title live on PPV at Survivor Series 1997, calling for the bell and handing the belt to Bret’s real-life rival Shawn Michaels.

As part of the famous Hart family – which had a working relationship with Vince for many years – Bret had been loyal to WWE for over 10 years and was a multi-time champ.

It’s no secret that Vince’s betrayal was a devastatingly emotional blow to the “The Hitman”. Some would argue that he never entirely got over the incident.

Tensions between the Harts and WWE worsened after the tragic death of Owen Hart at WWE’s Over the Edge PPV in May 1999.

Bret was inducted into the Hall of Fame in 2006 and settled his differences with Vince in the only way they knew how – a no-holds barred match at WrestleMania. 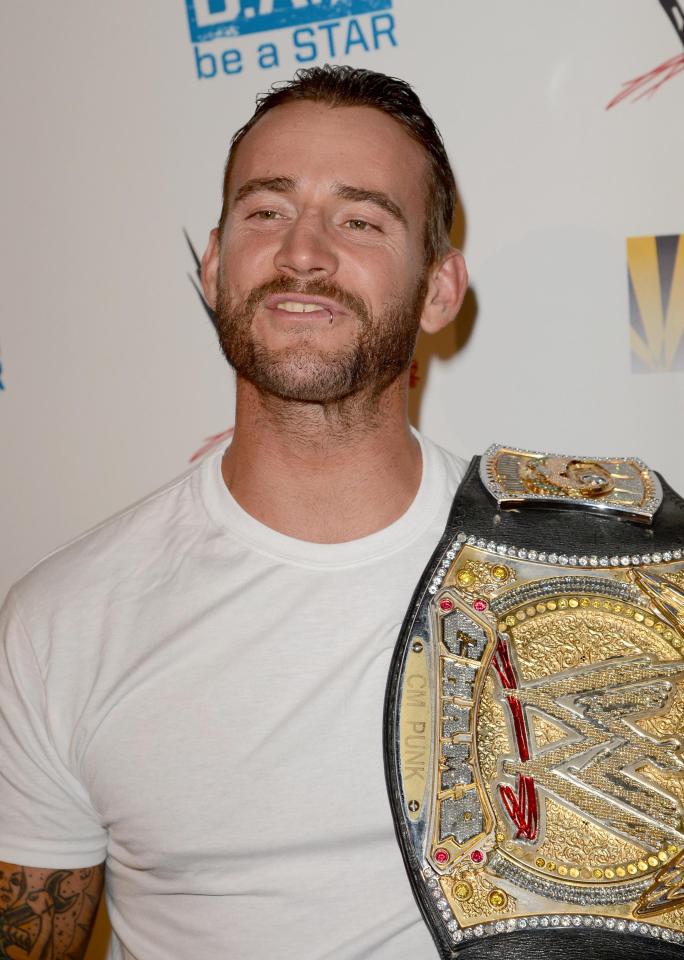 Punk stormed out of WWE the night after Royal Rumble 2014. He explained his grievances on his pal Colt Cabana’s podcast later that year.

Punk was frustrated with being asked back to work when he was supposed to be healing injuries – favours to Vince that were never repaid – and alleged medical negligence from WWE physicians.

(There’s an ongoing lawsuit between Punk, Cabana and WWE doc Chris Amann over the comments made on their podcast.)

He was also upset with having to lose matches, having sponsorship deals and movie roles squashed, and his treatment at the hands at Triple H (both backstage and in the ring).

The tensions between Punk and WWE continued to escalate after he walked out.

He revealed that the company sent his termination papers on the day of his wedding to former Divas champ AJ Lee.

With Punk now in UFC, it might seem like he’s done with WWE for good. But if Bruno and Warrior could come back, never say never…