College Football Is Back Already. Really. 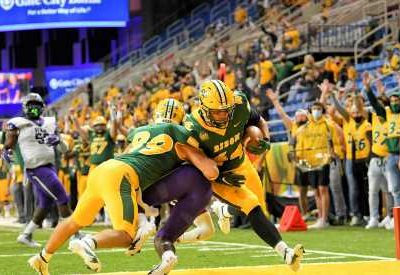 Post-Presidents’ Day February can be cruel and cold for football fans.

National signing day has come and gone. Preseason scrimmages are months away. If it’s like a lot of years, Tom Brady has won another Super Bowl or Alabama has won another national championship. Gridiron doldrums descend.

It is different this year: Although the sport’s richest powers crowned Alabama anew only last month, Division I college football is already back. There was a game on Saturday evening, when McNeese State beat Tarleton State, 40-37, and there is a robust slate this weekend. In fact, the schedule calls for college football every weekend until mid-May. Really.

The Football Championship Subdivision, a proud if less noticed wing of college football, is beginning its season in earnest this week. And the coming months will settle whether a gamble — that it would be safer to practice and play early in 2021, particularly if F.C.S. leagues and teams could copy health protocols forged inside wealthier and more famous programs — was a masterstroke or just a monthslong delay of chaos.

“I’m probably less concerned about converting third-and-medium and have had to take a step back and make sure our processes and procedures are clean,” said Curt Cignetti, the coach at James Madison, which nearly won the F.C.S. title game at the end of the 2019 season. “Our guys enjoy being out at practice, they’re excited about playing and getting started and yet understand that there are challenges ahead.”

They include the coronavirus pandemic protocols that have become familiar in college sports: virus testing, contact tracing, isolations and quarantines. As always, coaches and players fret about injuries and practice intensity and what N.F.L. scouts might think now or later. But the F.C.S. itself has also been fractured by conflicts over how to proceed during a pandemic.

Some members of the Southland Conference, which includes McNeese State, competed in the autumn and are absent from the schedule for early 2021. The Ivy League is not playing at all. Executives and players worry that more schools will pull back from competing, particularly if case counts begin to swell again.

Indeed, just last week, days before the 2021 opener, Norfolk State followed others in the Mid-Eastern Athletic Conference and opted out of the spring season. The conference itself largely followed days later, but three of its universities — Delaware State, Howard and South Carolina State — intend to play anyway.

“I said before that the pandemic will be the final arbiter of whether we have a season or not,” said Dennis E. Thomas, the longtime commissioner of the MEAC, a league of historically Black colleges and universities. “It’s played out.”

The N.C.A.A., which controls the postseason in the F.C.S. but not the Football Bowl Subdivision, is still planning for a title game in May, and results from the fall will be considered when the playoff field is set. But the decisions by Norfolk State and the MEAC, less than two weeks before their teams were to start playing, underscored the fluidity of the season that might prove wobbly throughout. 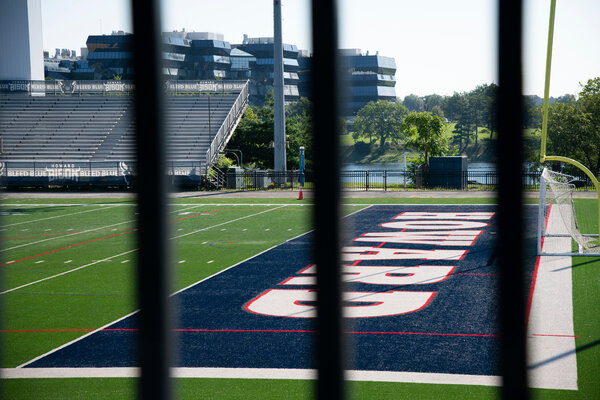 Melody Webb, the athletic director at Norfolk State, said after the university announced it would not play football this spring that officials had “been mulling it for some time,” even though the team had gone through most of the pandemic with an exemplary record of negative tests. She and other Norfolk State leaders, though, recently saw a handful of positives abruptly cripple the roster because of contact tracing.

She freshly reckoned with a question as potent for athletic directors as it is poignant: “Is this really worth it?” Norfolk State officials ultimately decided that it was not, particularly because of the virus’s disproportionate impact on people of color.

“A lot of them took it hard, but I think a lot of them understand that we’re doing it in their best interests,” Webb said of Norfolk State’s football players. “I think you have some who get exactly where we are and then some who are really upset that they’re not taking the field.”

That is assuredly, in part, because F.C.S. players largely trudged through the fall without games, hoping and perhaps bargaining that the pandemic would have eased by now.

Let Us Help You Better Understand the Coronavirus