Plenty of people were cheering for Mees Erasmus in his ACT Brumbies debut, but the loudest voice in the crowd was a Commonwealth Games gold medalist.

Erasmus had goosebumps when he heard the booming voice of Gold Coast cycling champion Chloe Hosking when he ran on the field last weekend and she's adding the extra motivation to his Super Rugby journey. 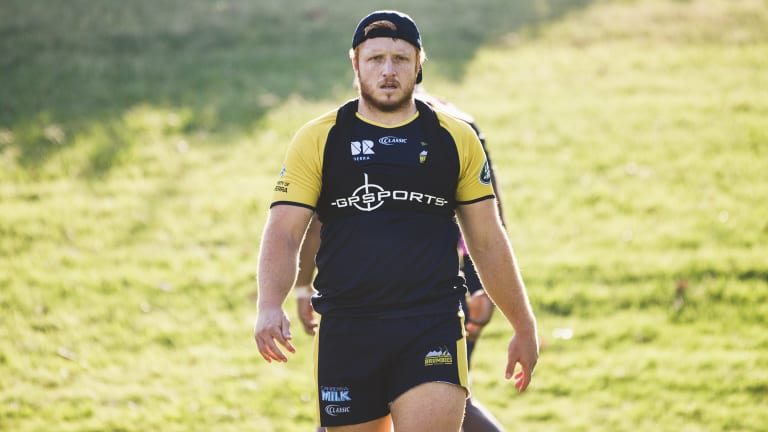 Erasmus is adamant the Brumbies can rebound from a surprise loss in his first game to get redemption by toppling the Canterbury Crusaders this weekend.

He hasn't had to look far for motivation this week. Hosking's parents have taken in Erasmus and James Verity-Amm as billets this year after moving to Canberra when the Western Force was axed last season.

Hosking has been back in Canberra proudly showing off the gold medal she won in the Commonwealth Games road cycling race and was in the stands when her "Hosking halfway house" roommate played for the Brumbies.

"We were only going to stay there short term, but now it's worked out so we're staying for the rest of the year," Erasmus said.

"We were all stoked when she got the gold medal as well. Chloe is pretty inspirational, to get that gold medal was amazing.

"So she came to the [Brumbies] game last weekend. I could hear her shouting saying to get me on, that was pretty crazy. But it's a pretty cool set up and we're very thankful to Sharon and Steve."

Erasmus is hoping to keep his spot in the Brumbies' game-day squad for a clash against the Canterbury Crusaders at Canberra Stadium on Sunday.

The Brumbies haven't beaten the Crusaders since 2009 and Australian teams have lost the past 35 trans-Tasman contests in Super Rugby.

As if that wasn't daunting enough, Erasmus could come face to face with two of the most experienced props in the competition's history – 193-gamer Wyatt Crockett and 138-gamer Owen Franks.

The occasion isn't lost on 23-year-old Erasmus. But the beauty of never having played against a New Zealand side is that the red-headed front-rower with a lightning turn of speed doesn't bear the scars of the past.

"New Zealand teams have had it over Australian teams but I've got a good feeling that it might change this week," Erasmus said.

"The boys are raring to go after the loss and we'll come back hard this week … They (Crusaders) might come to Canberra and feel the full wrath of the Brumbies."

The Brumbies haven't beaten a New Zealand side since the opening game of the 2016 and are desperate to restore some pride at home after losing two of four games in Canberra this year.

Coach Dan McKellar is considering changes to the side that lost to the Argentina Jaguares last weekend in the hope of sparking the Brumbies into action.

Veteran back Andrew Smith is pressing for more game time after starting his only two games of the year on the bench.

Smith, 33, is one of the only Brumbies players to have beaten a New Zealand side, while Christian Lealiifano is the only survivor from the club's last win against the Crusaders nine years ago. 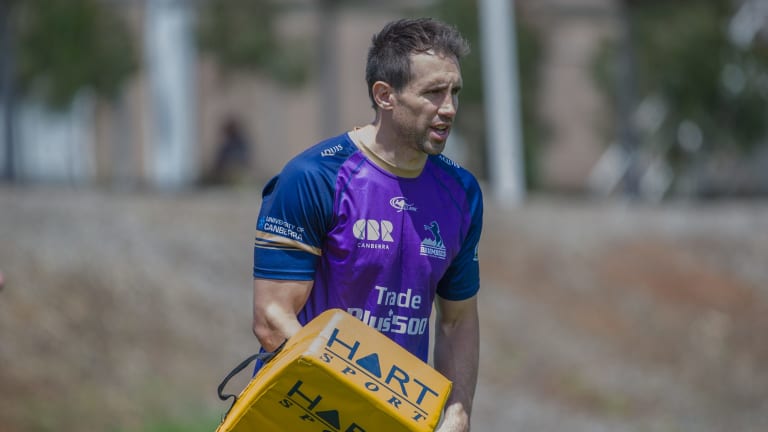 "You just want to bounce back from a poor performance and we want to start winning games," Smith said.

"We'll be pretty motivated to get the job this weekend. The Crusaders are a great outfit, we know it's going to be a tough game.

"You've just got to play the full game. You can't give them any chances, we have to match them physically and then every moment of the game is crucial."

Smith is yet to decide if he will seek a contract extension to stay in Canberra after returning to the club in 2016 following a stint overseas.

"We'll weigh it up when the time is right. I'm still enjoying my footy, my body is feeling good and at the moment all is going well. But we'll decide later on the year what the go is [with the future]," Smith said.