In doing so he picks up the first prize of a £7,500 seat in the world's most prestigious Texas Hold 'Em event. 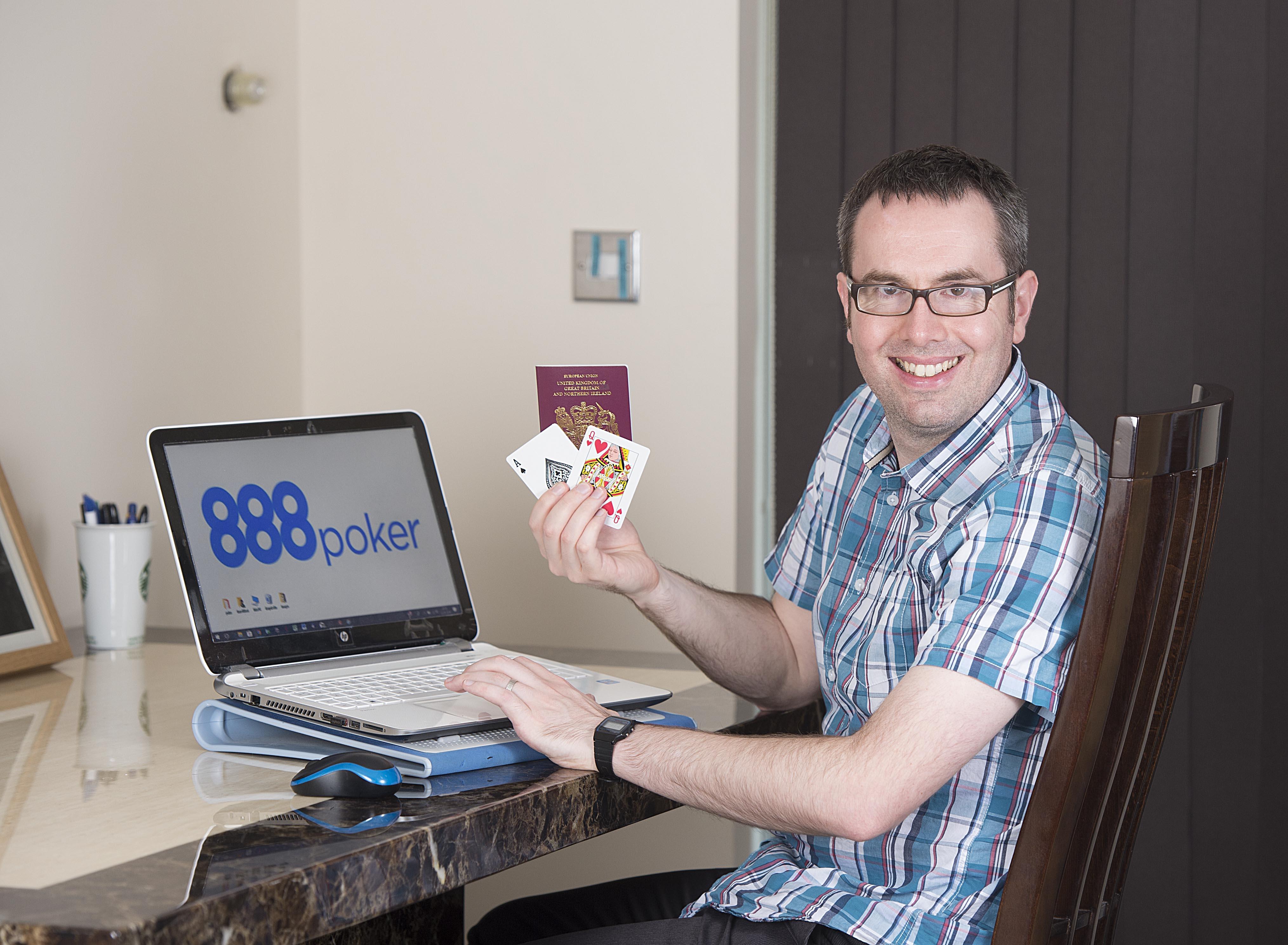 The IT consultant, 36, will be taking part in the World Series Of Poker Main Event – sponsored by online gaming giant 888poker.

And Sam will play alongside the top players from around the globe at the Rio Hotel and Casino Complex in Las Vegas in just a few weeks time.

His glittering £10,000 prize package also includes flights and five nights at the amazing Vdara Hotel as he battles for the title of Poker world champion.

Last year, a staggering 7,221 players took part in the tournament and the prize pool hit a mouth-watering £51million. 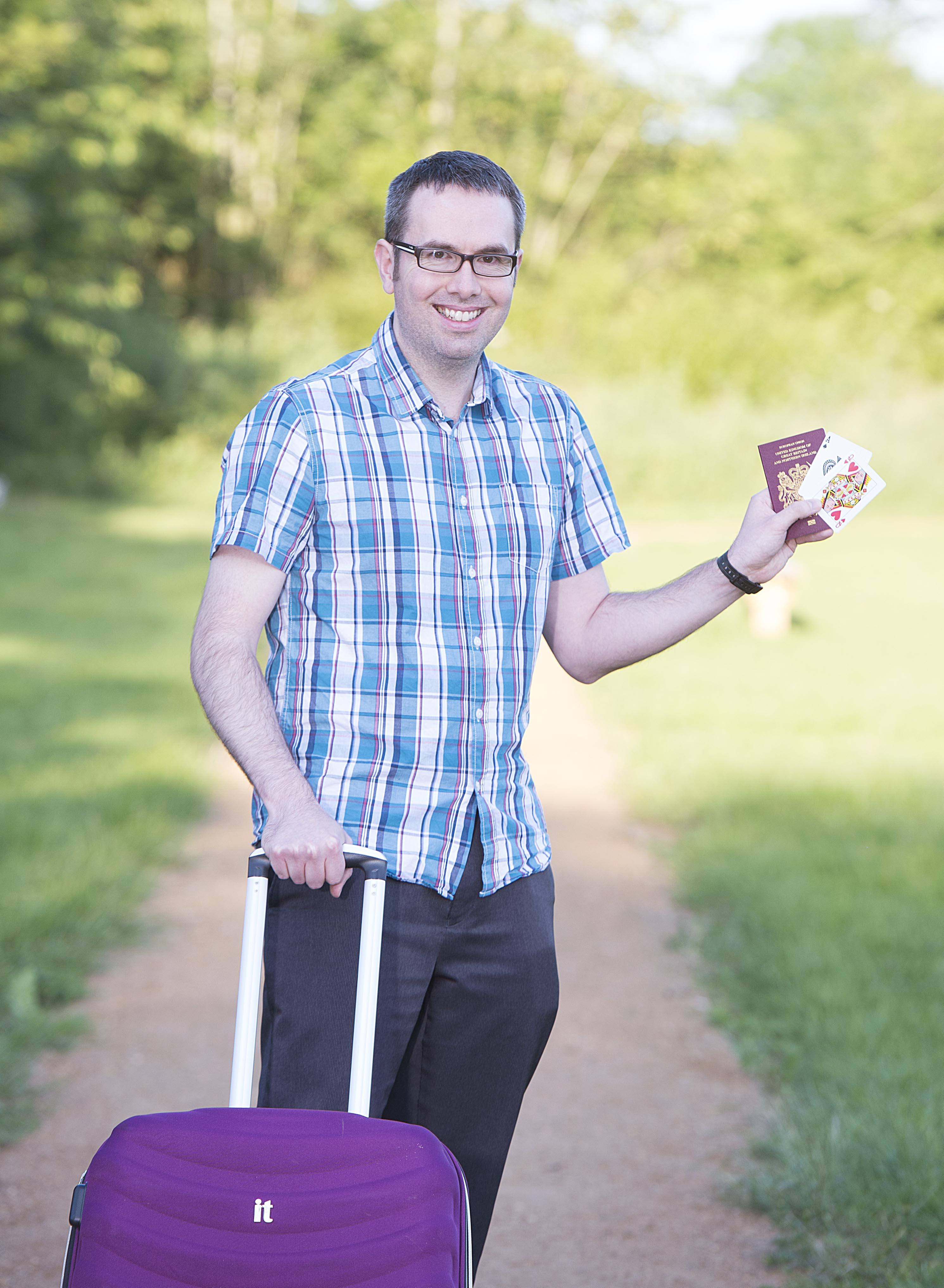 And Sam can't wait to be taking part in this summer's competition as it didn't cost him a penny – beating hundreds of players in our free-to-enter online tournament.

Gilbert revealed: "It's amazing. What a summer it promises to be. Taking part in the most important event in the poker calendar in a World Cup year.

"I hope I can do well at the same time as England are lifting the trophy in Russia."

Sam, is a big football fan, and together with mum, Viv, are regular followers of their favourite team, Southampton.

He added: "I expected to be watching the tournament with my feet up in the front room at home – obviously when I wasn't working.

"But now I'll be playing catch-up when I am not at the poker table. I would imagine the atmosphere will be sensational in Vegas."

Regular Sun reader Sam and his wife, Anna, were travelling back to their home in Oxford, from a comedy event in Bristol when details of our tournament popped up on his mobile.

And he said: "I was on the train and noticed the tournament starting at 8pm. It was an incredible prize and I thought it would be great to have a go – especially as it was free.

"I already had an 888poker account and so I was all set."

Sam comfortably made his way through to the second day of the tournament where all 45 finalists started with an equal 10,000 chip stack.

He says: "Once again I got off to a good start and was soon chip leader. In the middle of the tournament I lost a few hands and things weren't looking so good. 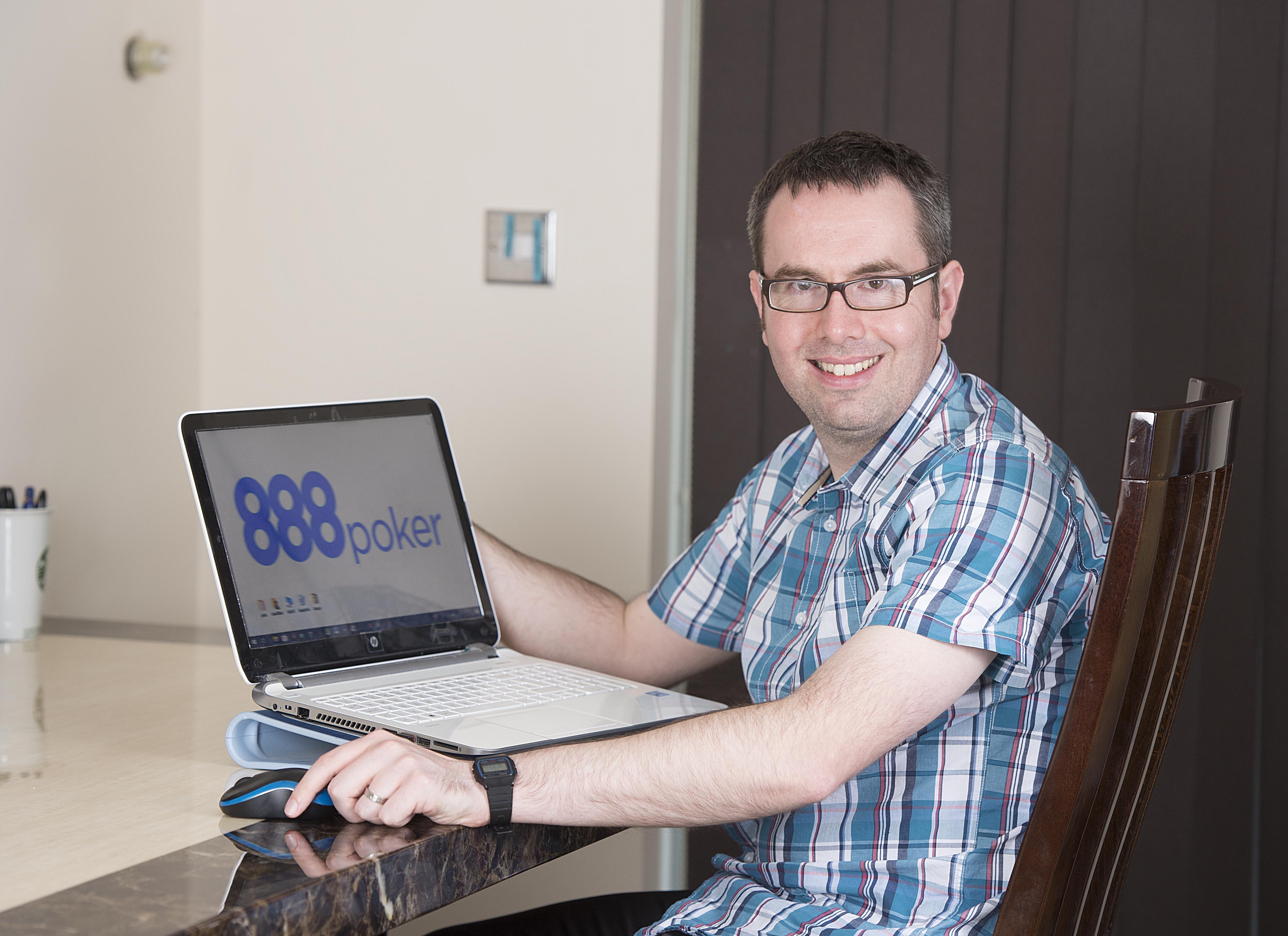 "Anna went to bed and left me downstairs, playing on the computer. But then I had another run of good fortune and found myself heads-up against one other player.

"There was just the two of us left but I didn't want to think about winning. We played on for a few hands and then I had Ace-Queen.

"I put in a good bet and the other guy pushed all his chips into the pot. I instantly called and our cards opened up and he showed Ace-Jack.

"The first three community cards came over and there was a Queen staring me in the face.

"A few seconds later it was game over and I was on my way to the World Series Of Poker in Vegas.

"I told Anna when she woke up in the morning and now she is coming with me! We both can't wait."

Sam describes himself as a recreational player but he has been playing poker for about 18 years since leaving Bangor University with a Mathematics degree.

He explained: "I started playing online and then four years ago I cashed for the first time in a live event in Sheffield.

"It was only a small tournament but I finished fourth and picked up £165.

After winning a few thousand pounds online, he and a group of pals headed for Vegas at the time of the World Series Of Poker Main Event in 2014.

"That trip was completely different. It was a boozy boys holiday. And Anna and I were getting married just three months later.

"This time around Anna will be with me and I'll be concentrating on playing my best poker to see how far I can go in the tournament."

Sam is extremely grateful and happy to be joining the ultimate poker competition in the world.

He says: "888poker has certainly taken back the game and given ordinary people like myself the opportunity to play for untold riches in a game that has given me many hours of pleasure."

He is also looking forward to meeting up with the 888poker Ambassadors – including Swedish ace Martin Jacobson, who won the Main Event in 2014 for £7,500.

Sam played on the same table as Lovgren when recording the biggest win of £7,750 finishing 91st at an event in London in October 2014.

On the trip, Sam concluded: "Any tips or advice they can give me will be gratefully received. Meanwhile, I know we are going to have the trip of a lifetime."

Anna, also 36, an information manager, agreed: "I am so proud of Sam for winning The Sun tournament but now he has just got to go one better.

"There's no pressure – but I have got a long shopping list."

In just a few weeks time Sam is hoping he can play his cards right and win it for England and Anna!

*More information about the 888poker sponsored World Series Of Poker