Home » Sport » Coronavirus: All football below National League to end

Coronavirus: All football below National League to end 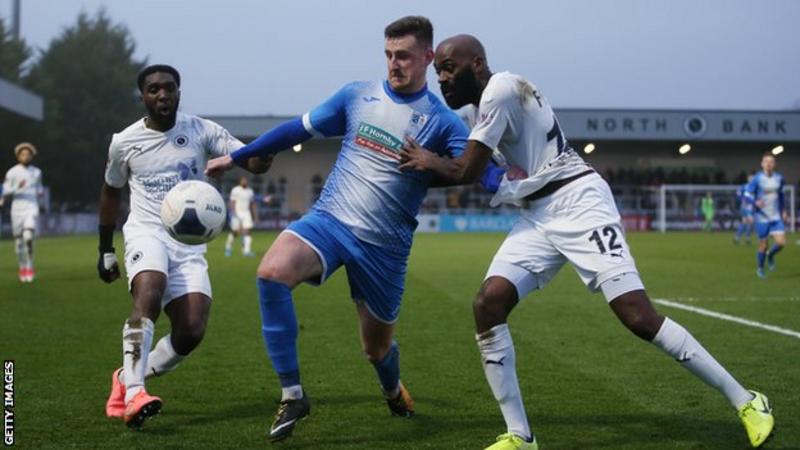 All football in England below the three divisions that make up the National League will end immediately and all results will be expunged.

It means there will be no promotion or relegation in these leagues.

The same will happen in the women’s game below the Women’s Super League and Championship level.

However, the National League, National League North and South, WSL and Women’s Championship will continue towards a conclusion “as quickly as possible”.

The Football Association said it was “reviewing all options” to complete the men’s FA Cup, which had reached the quarter-final stage, and other cup competitions.

“These are challenging circumstances for English football and all decisions taken are in the best interests of the game,” said an FA statement.

“Our primary concern will always be for the safety and welfare of clubs, players, staff, officials, volunteers and supporters during this unprecedented time.

“Today’s steps take into account the financial impact during this uncertain period, whilst considering the fairest method on how the sporting outcomes for the season will be decided, with the integrity of the leagues in mind.”

The decision applies to steps three to seven in men’s non-league football, while all “grassroots” divisions below these tiers have also finished. It has still yet to be decided whether these seasons are to be voided.

In women’s football, tiers three to seven have also ended.

Some men’s teams, such as Jersey Bulls and Vauxhall Motors, had already secured promotion to step five of the non-league pyramid, but their promotion will now be cancelled.

Jersey Bulls had won all 27 of their matches in the Combined Counties Football League Division One and were 20 points clear at the top.