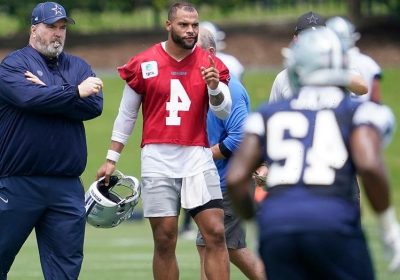 Dallas Cowboys quarterback Dak Prescott declined to say if he has received the COVID-19 vaccine this week, adding that he believes people should “educate themselves” on what’s best for them.

Prescott, 27, is the latest player in the league to take a similar approach toward the vaccine, telling KXAS in an interview on Tuesday that he doesn’t want to sway anyone either way. 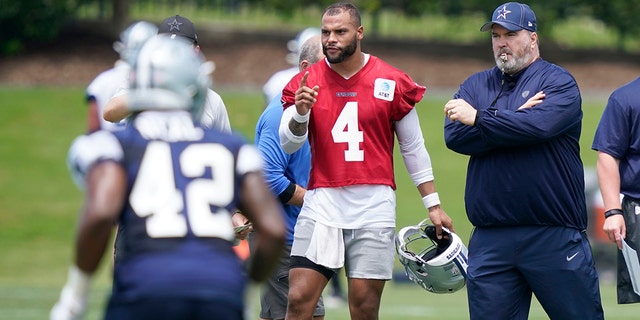 “Because when you’re putting in a vaccination, obviously you’re putting something that’s foreign, that obviously the experts put together and made the decision that that’s the best way to go about it but it’s all up to your belief and I’m not the one to try to move people and tell them, ‘Hey, you need to do this, you need to do that’ because we all react [individually] to everything.”

The NFL and the Players Association have faced backlash from players throughout the league after releasing the updated guidelines for vaccinated players earlier this month.

Buffalo Bills wide receiver Cole Beasley came out the strongest against the new policies, saying he would rather retire than get the vaccine. 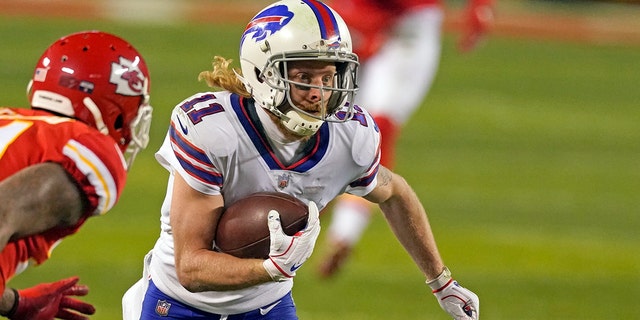 “I don’t play for the money anymore. My family has been taken care of. Fine me if you want. My way of living and my values are more important to me than a dollar,” He said in a lengthy statement posted to Twitter. “I will be outside doing what I do. I’ll be out in public. If your [sic] scared of me then steer clear, or get vaccinated … I may die of covid, but I’d rather die actually living.”

Bills quarterback Josh Allen said in April that he was still “debating” on getting it or not and that a mandate would go “against what our Constitution says,” adding that ” Everybody should have that choice.”

While the league has not mandated the vaccine, the updated policy virtually lifts all restrictions for unvaccinated players while those who have not been vaccinated must abide by strict health protocols put into place during the pandemic.