Home » Sport » It's D-Day already for the Dees

It's D-Day already for the Dees It might only be round six, but September has come early for Melbourne and Essendon, whose clash on Sunday is almost an elimination final.

The loser is unlikely to have a meaningful impact on the season.

Many predicted these two clubs would be the big movers of 2018, and even internally both would have had high expectations.

But expectation brings added pressure, and again it’s something the Demons, in particular, have failed to handle. 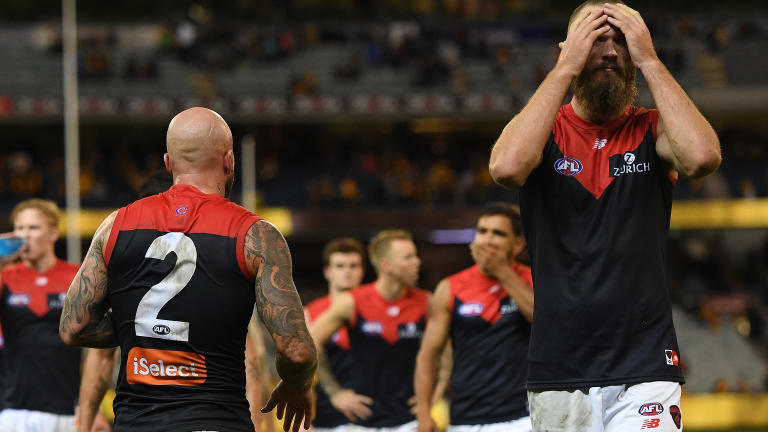 The Demons have lost all confidence.

For their long-suffering fans, it’s a familiar story.

Last year the Dees let a big opportunity slip when they only needed to beat Collingwood in round 23 to seal a breakthrough finals berth.

Since then, the club has also endured the cancelled training camp saga.

Who knows the true impact that has had on the playing group, but right now, they are certainly working through some mental demons.

From the outside, it seems they’re quite mentally fragile.

I don’t believe that this group carries the burden or the culture of those dark years a decade ago.

The problems at Melbourne are now more about confidence, and a lingering fear that seems to hover over the players.

It appears many are scared to make mistakes for fear of losing their spot in the team, or fear of what the coaches might say.

Is there a disconnect between those on-field and those off it? Only the inner sanctum will know.

But those personal worries can make players more insular.

In the past fortnight, there’s been an obvious nervousness in how the Demons have performed.

Does that fear also account for the number of fundamental skill errors they’ve made? Perhaps.

Regardless, it’s meant their entire structure has been falling down.

No wonder a guy like Jesse Hogan is pushing so high up the ground. If he didn’t, he wouldn’t have seen any of the footy recently.

Clearly, their structure is also affected by the way their opponents have set up.

Against Hawthorn a fortnight ago and Richmond on Tuesday night, the Demons began well.

Against the Hawks, they were a few goals up at quarter-time, and if they’d kicked straight against the Tigers, it might have been a slightly different equation.

Many teams fluctuate in performance from week to week, but the most alarming thing for Simon Goodwin is how dramatically different they’ve been from quarter to quarter.

When the opposition adjust their approach, or come that little bit harder, the Demons just can’t cope. They have a tendency to concede multiple goals.

In terms of personnel, the loss of Jack Viney is telling, given he’s a real "heart and soul" player, but his absence should also be viewed as an opportunity for someone else.

With Max Gawn dominating in the ruck, there’s still enough talent around another inside player like Nathan Jones for the Demons to be competitive.

While Jake Lever has had his critics, his form since moving from Adelaide is more a symptom of how Melbourne has been playing rather than a true reflection on him.

When you change clubs for big money, the external expectations rise dramatically. Is that blowtorch warranted in Lever’s case? I don’t think so.

Let’s not forget he’s still only in the infancy of his career, dealing with new teammates and a new set-up.

Add to that the club’s overall lack of confidence and you can understand why he’s yet to replicate the type of footy he produced for the Crows. 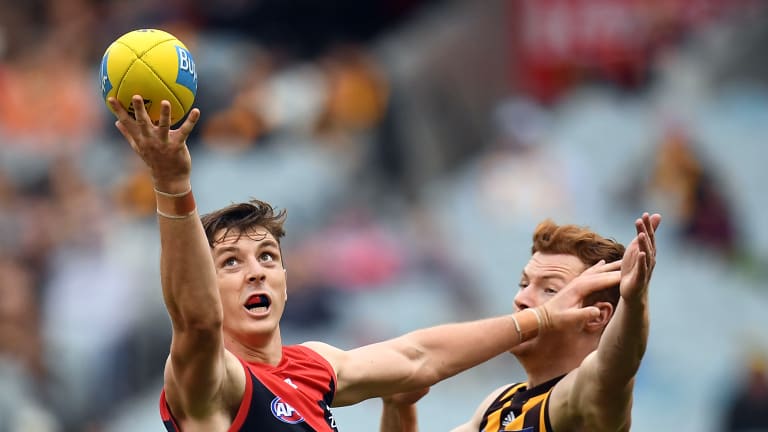 The tougher questions the Demons’ match committee should be considering instead involve two veterans, Bernie Vince and Jordan Lewis.

Both are still in their best 22, but at some point it must be asked if they are the way forward, especially if finals grow out of reach.

Still, above all else, the key to dragging the Demons out of trouble is the players’ mindsets.

The resurgent Collingwood have shown that you can build confidence and momentum quickly.The Demons need to look each other in the eye and say: "The buck stops here".

It’s time to ensure they’re doing absolutely everything in their power mentally to prepare for the challenges to come.

They need to be brave and bold, even when their opponents are throwing everything at them, because sometimes the greatest risk is to take no risk at all.