Some of the game's biggest names love nothing more than ditching their Lambos and Ferraris for a throbbing Harley. 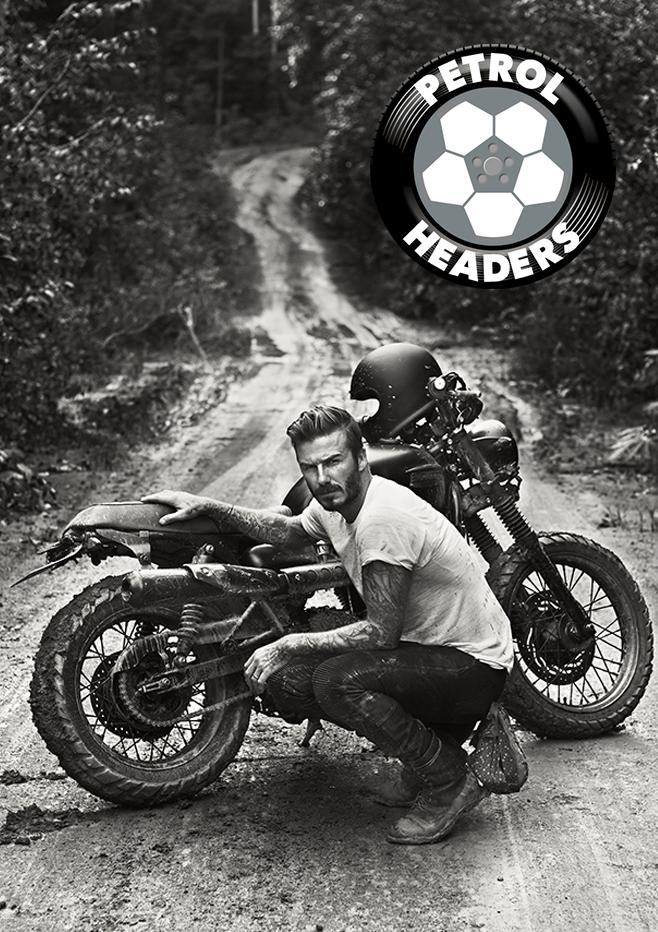 David Beckham ventured deep into the Amazon rainforest on his Triumph Bonneville.

And Mario Balotelli was filmed racing round on a mini-bike – after being banned from riding the real thing!

Here, SunSport looks at the icons who eschew the traditional status symbol in favour of something a bit more… rebellious. 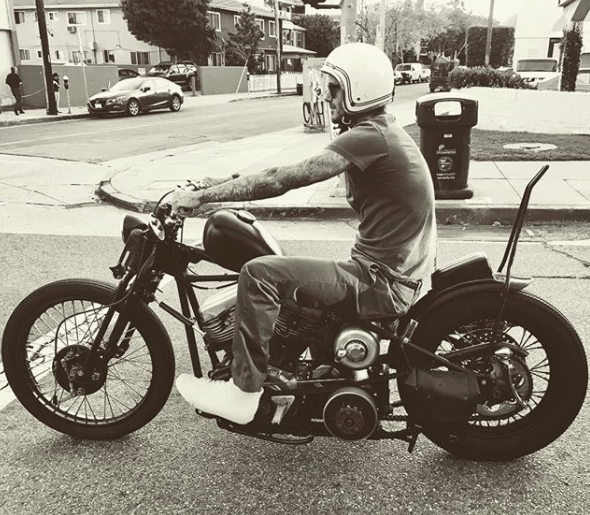 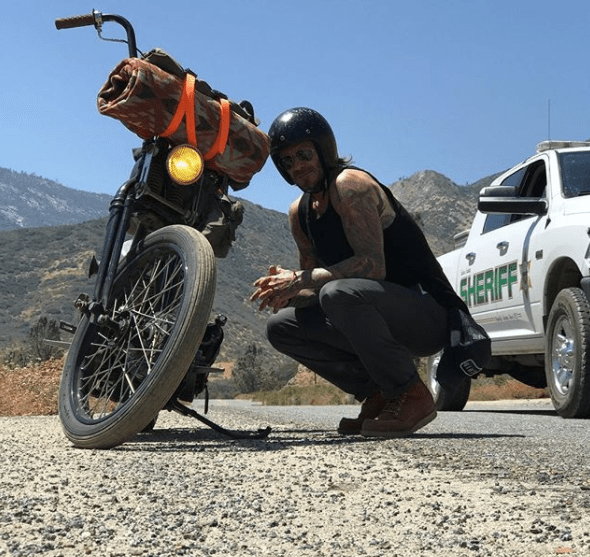 The England legend is a big fan of Triumphs.

For his 2015 Amazon documentary he rode a Bonneville T100, which featured custom tank paint, 900cc engine and a handmade leather seat crafted by one of Sao Paulo's leading custom shops.

The bike is famous for also being used by the likes of Hollywood icons Steve McQueen and Clint Eastwood.

Shot last night by Mr Brooklyn Beckham of his dad ( ME ) ? @brooklynbeckham

Shot last night by Mr Brooklyn Beckham of his dad ( ME ) ? @brooklynbeckham 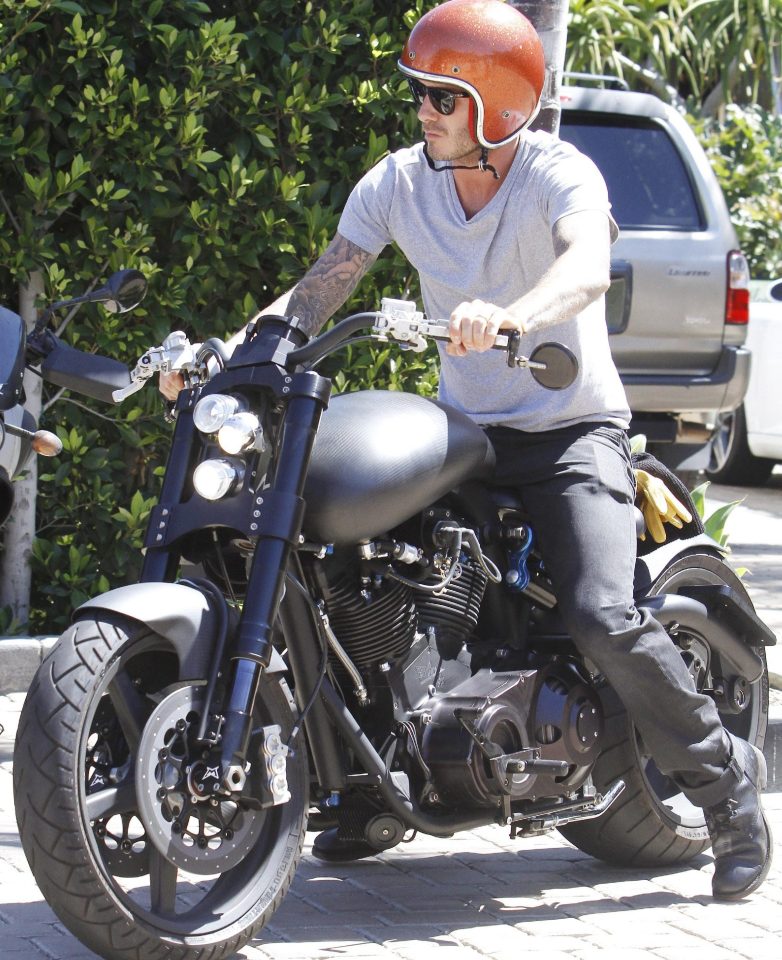 Bike , ponytail , jean shirt , black jeans I think someone is trying to be like daddy … Off my bike Mr Romeo ?

Bike , ponytail , jean shirt , black jeans I think someone is trying to be like daddy … Off my bike Mr Romeo ?

Happy birthday sis… Sorry about the pic but you know I love ya… Have an amazing day. One of the sweetest girls you will ever meet that has the biggest heart .. ❤️ @joannebeckham

Happy birthday sis… Sorry about the pic but you know I love ya… Have an amazing day. One of the sweetest girls you will ever meet that has the biggest heart .. ❤️ @joannebeckham

He is from the country famous for Volvo – and though Ibra drives one he has also been seen on the seat of a one-off Harley-Davidson.

The LA Galaxy striker, 36, splashed out on a custom model when he was at Inter in 2009.

Though reports at the time said riding the iconic two-wheeler – or any motorbike – was banned by the club.

Zlatan's VRSCF Muscle was a custom-design, boasted 123 horsepower and cost around £25,300. 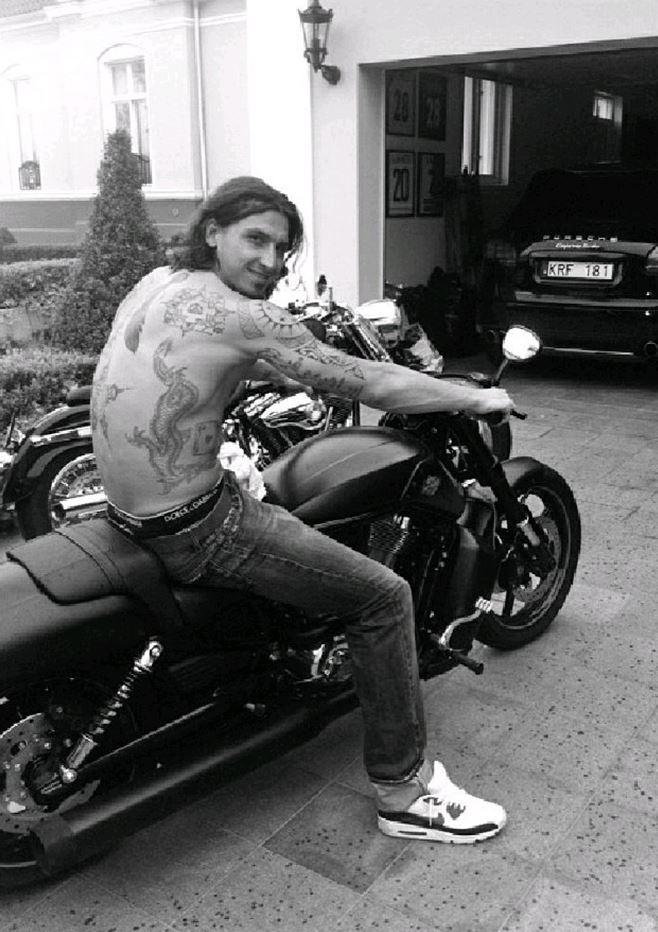 Rickard Norden, Harley's marketing manager, said: "He told us about his wishes, he had a lot. The whole hoist is painted in black and has new black rims.

"It also has a specially designed registration plate holder that is located on the side of the bike so that the 240mm rear wheel should not be hidden.

"Zlatan was only in Sweden to purchase this bike."

You'd have thought he had learned his lesson first time round.

Back in 2011, Balotelli was banned by Manchester City boss Roberto Mancini from riding his recently-purchased Harley-Davidson.

A source said: "Mario has this huge Harley. It cost him a few quid and he’s bought all the added extras – expensive leathers, helmet and all the rest of it.

"But he asked the club for permission to ride it and was laughed out of the room. It contravenes strict insurance rules for the club’s players." 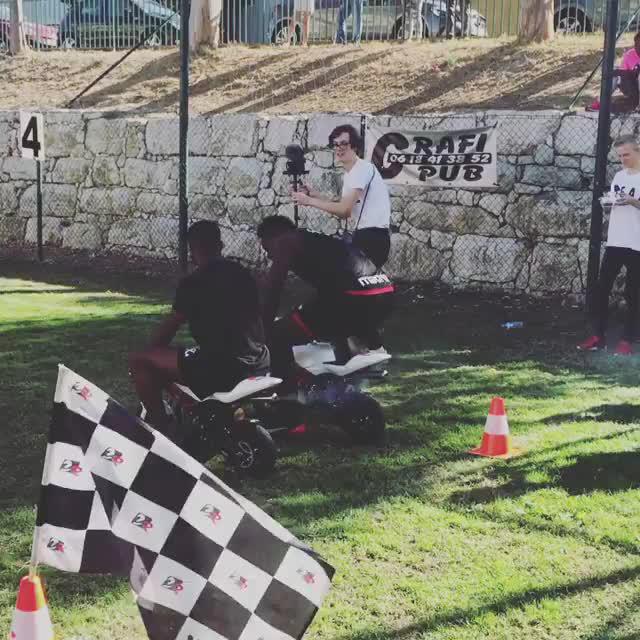 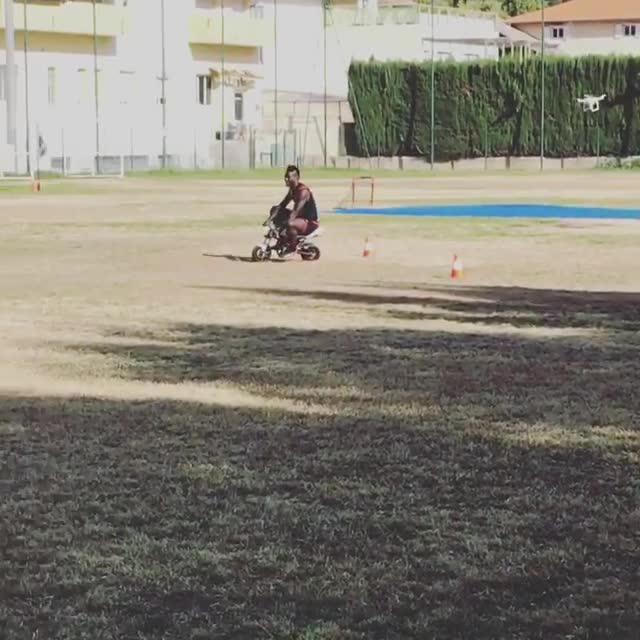 Fast forward six years and the Nice frontman is back on two wheels. Actually, make that two tiny wheels.

Balo, 27, was filmed zooming round a grass track on a mini-motorbike.

While stars spend their fortunes on motors, Wazza designed his own bike to raise cash at an auction.

It was a lovely gesture – but the diamond-encrusted piece ended up going for £15,000 less than it would normally cost. 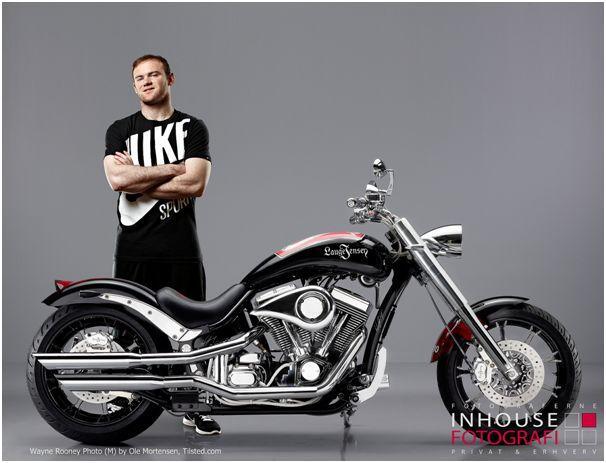 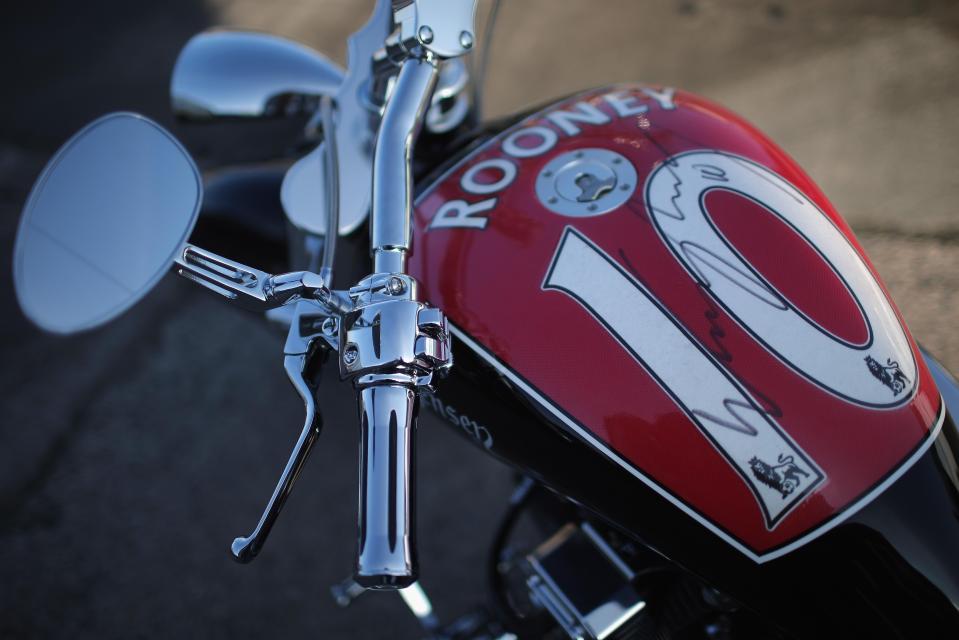 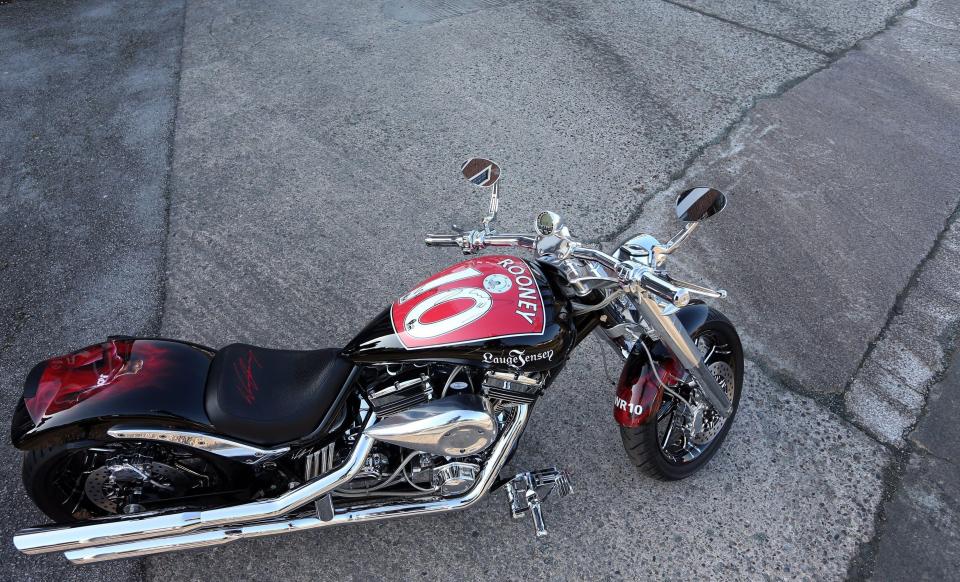 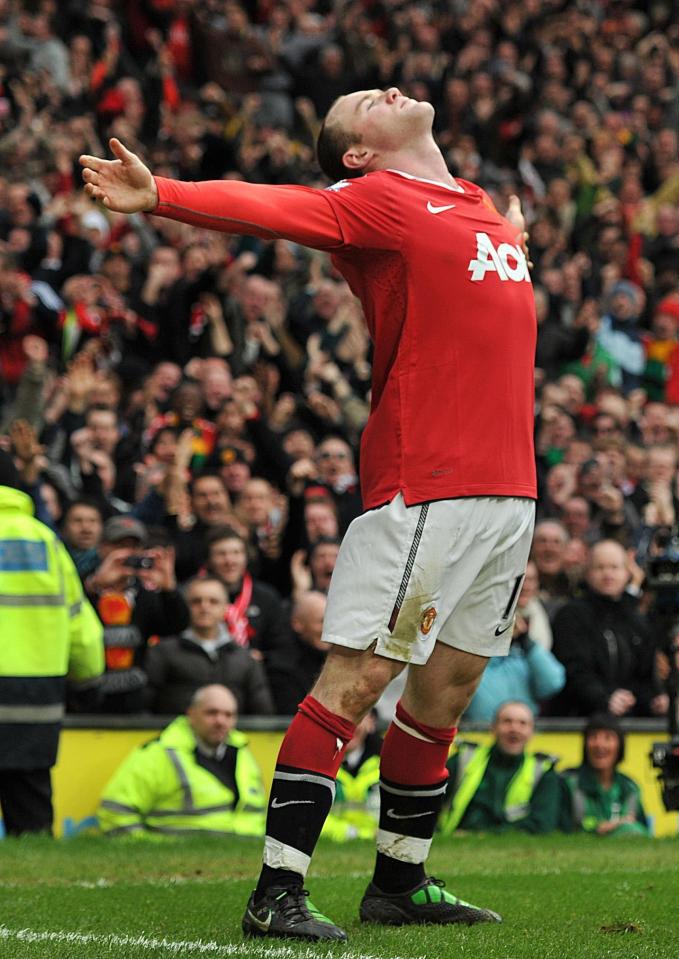 Ex-England skipper Roo, 32, worked with Danish manufacturers Lauge Jensen to create the chopper, which went from 0-60mph in four seconds and had a top speed of 155mph.

It featured his memorable celebration after scoring that overhead kick against Man City in 2011.

There was also a special shift rod with 22 encrusted diamonds and a front mudguard with WR10 on it.

The bike was expected to sell for around £60,000 at Bonhams' sports memorabilia auction but went for just £35,000.

Wrighty loves riding his Triumph so much that he said it comes "pretty damn close" to the thrill of scoring a last-gasp winner.

He was desperate to escape on his bike when becoming an Arsenal legend, but then chairman David Dein said they would "definitely" not insure him on a motorcycle.

Wrighty – who has also cruised round on a Harley in the past – later admitted he had already been riding for two years by that point. 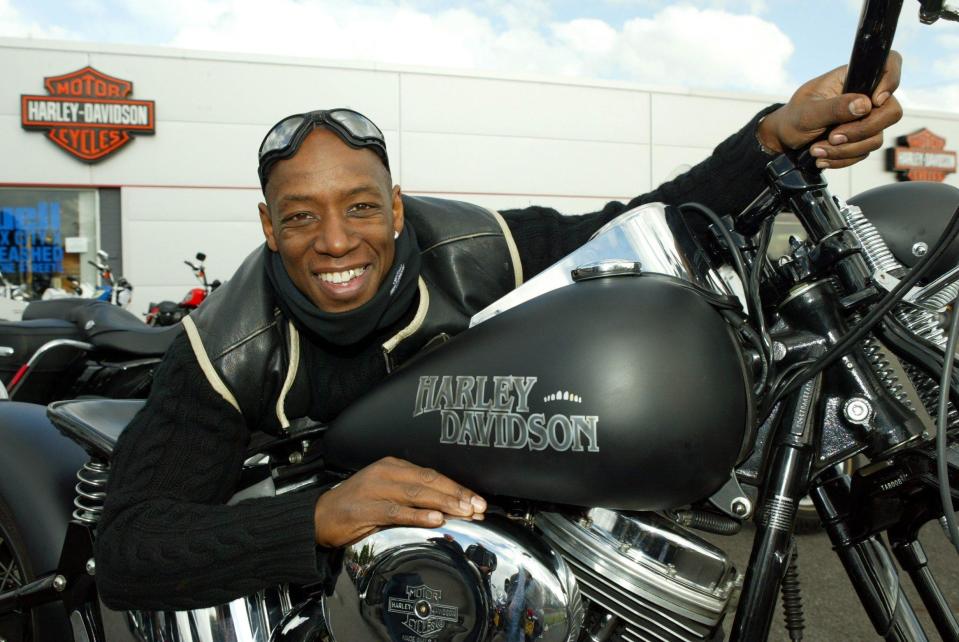 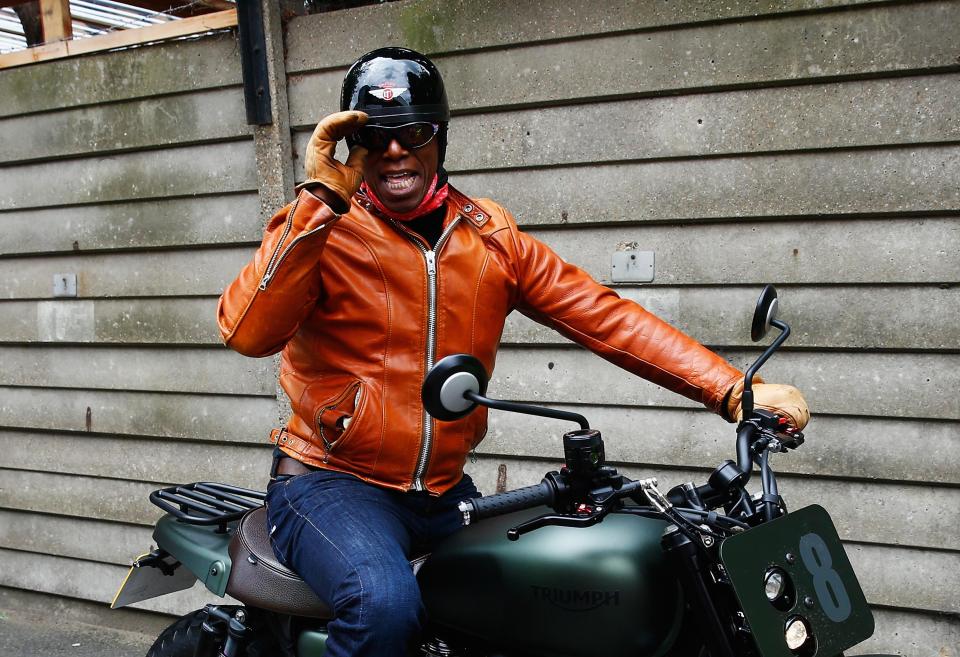 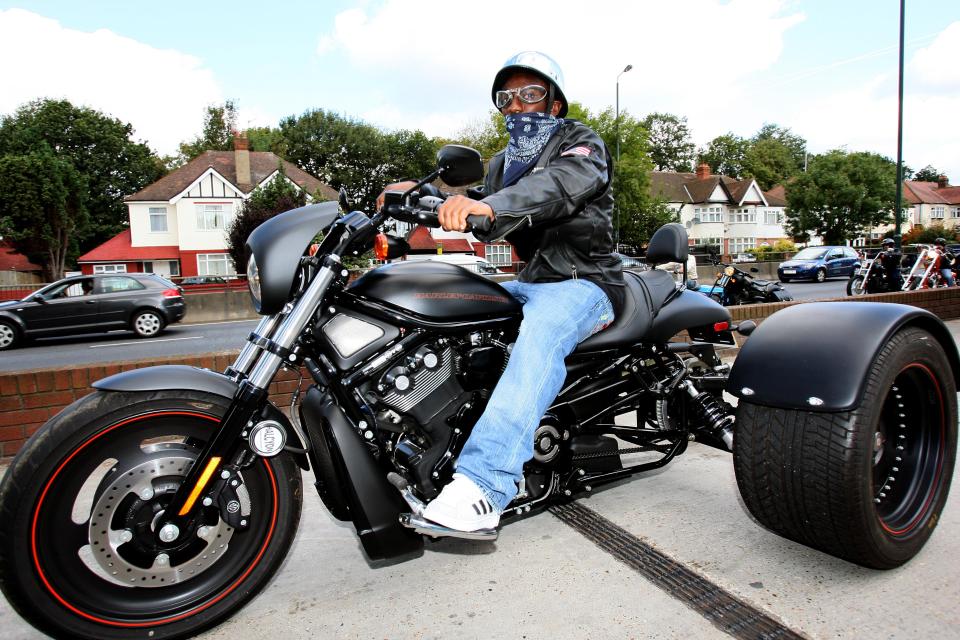 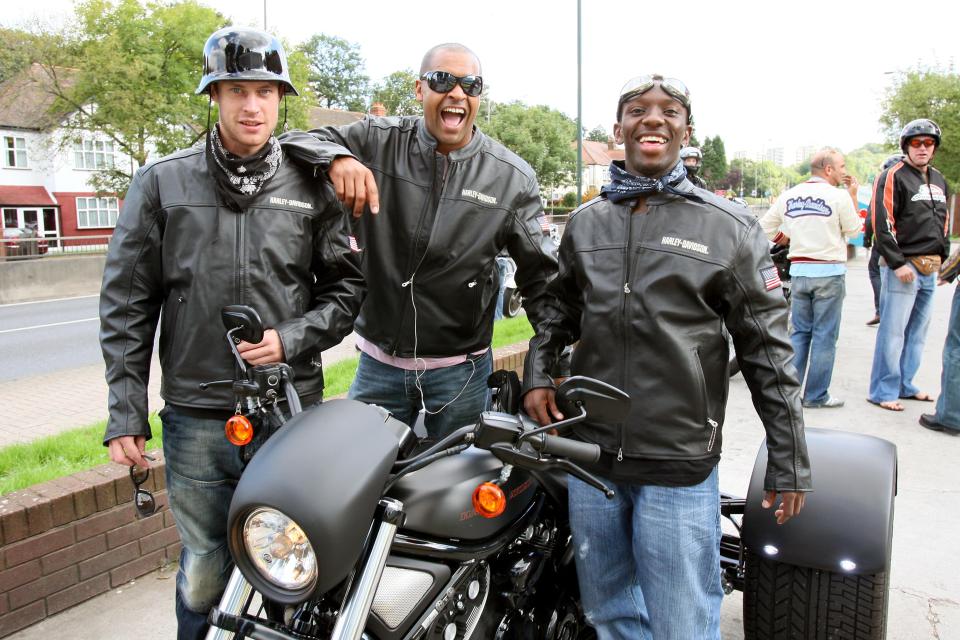 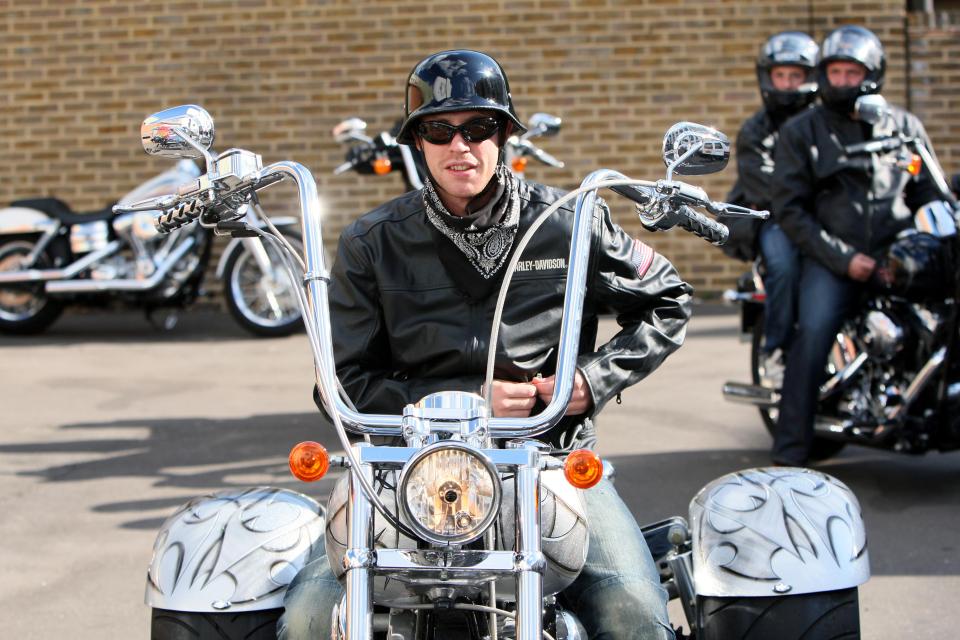 His trademark No 8 features on the front board.

And the love extends through the family, with son Shaun Wright-Phillips, 36, also big into hogs.

Batty, 49, got his taste for life in the fast lane when he rode a Marlboro Doubleseater Yamaha with Moto GP star Randy Mamola around Donington in 2001. 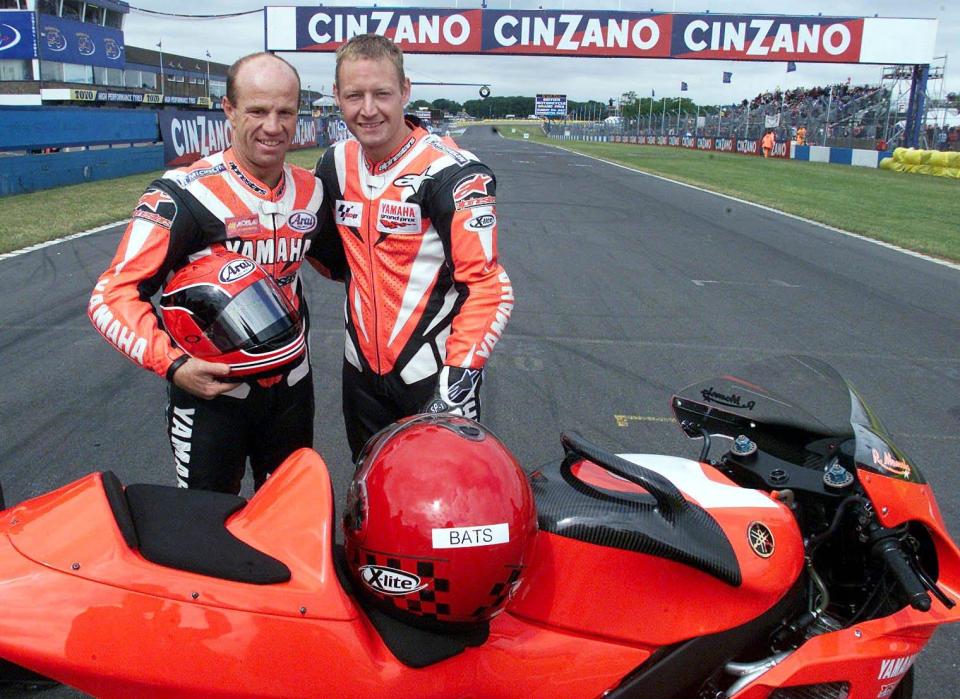 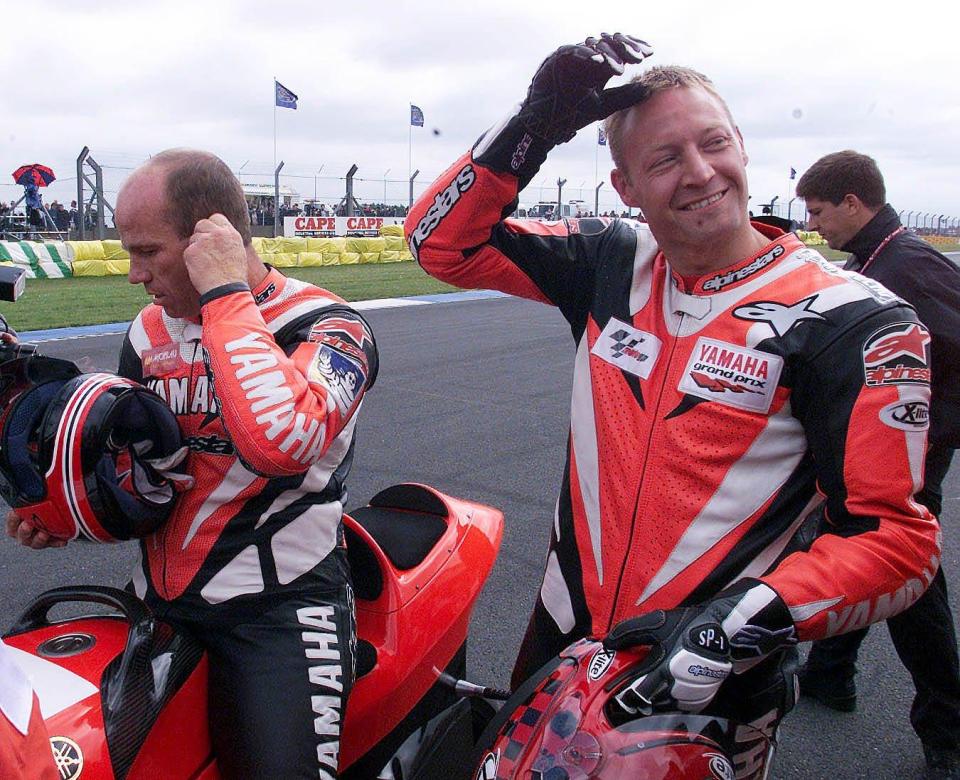 The combative midfielder was still with the Elland Road side at the time.

Like many footballers, his contract did not allow him on two wheels, let alone the specially-built 500cc beast he tore round the track.

The ex-Chelsea star was a keen biker until an accident in 1995 – the year before he joined Chelsea – nearly ended his career.

Laboeuf, 50, said: "It was very scary. I was riding along and this guy just didn't stop. 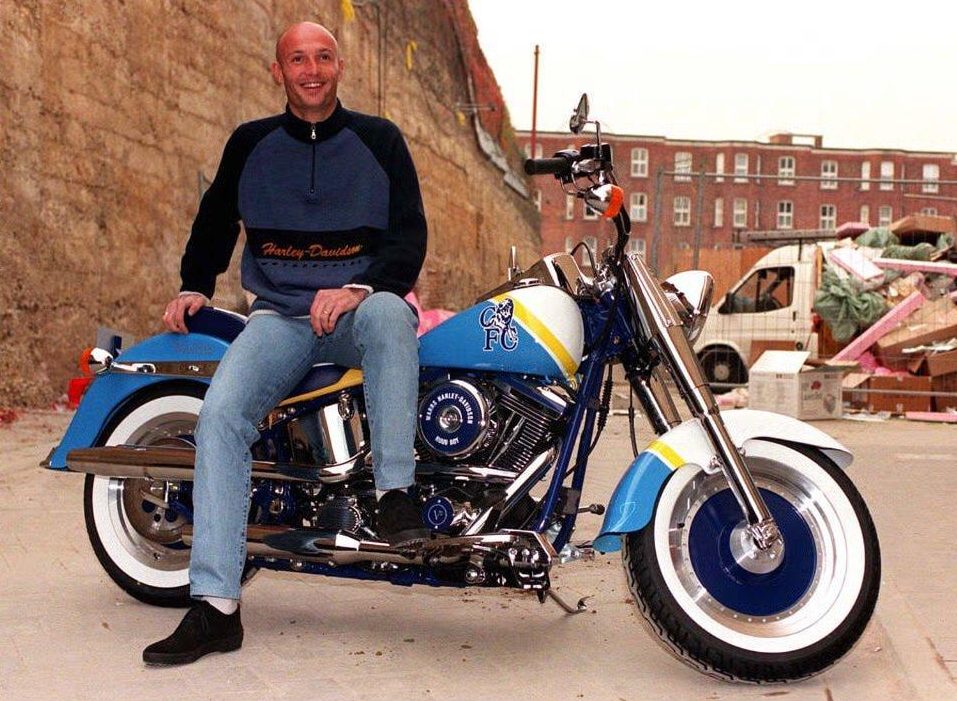 "Fortunately I saw him in time. I came off the bike but all that happened was I broke a nail. But I stopped driving bikes after that."

That incident did not stop him hopping on a limited edition Chelsea Warrs Harley, though.