Dean Ugrinic will coach Canberra United for their second season in the National Youth League this summer.

Ugrinic led Belconnen United to the Canberra premier league title last year before deciding to take a break from coaching. 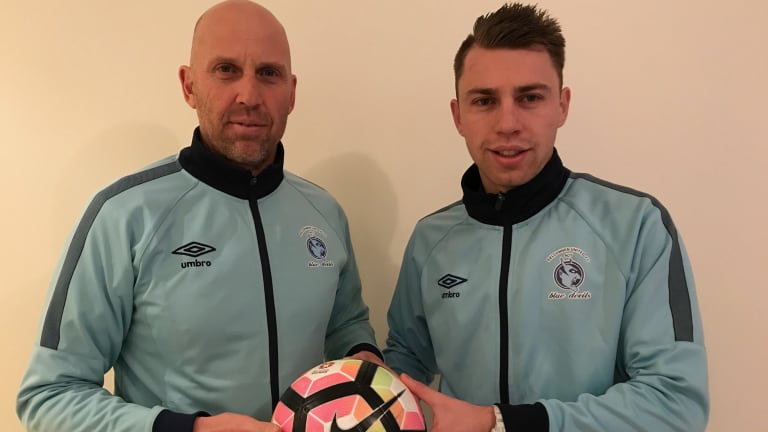 He replaces co-coaches Ryan Grogan and Marcel Munoz after they won just one game in United's inaugural season in the competition.

Canberra United were only handed a one-year licence but Capital Football are confident that will be renewed for the upcoming season.

Ugrinic's position is contingent on the team securing another licence.

Belconnen won two titles in four seasons under Ugrinic who said he was looking forward to the next challenge in his coaching career.

"It's another step up, you're coaching against some very good coaches who have got the responsibilities of developing players in club at an A-League level," Ugrinic said.

"I'd like to go down the professional coaching path, anyone who takes their coaching seriously would want that to become a reality.

"This is a step in the right direction and I'm relishing the opportunity. I'm looking to harnessing what we’ve got here in terms of talent and showcasing it on a national stage."

As for turning the results around against the best-resourced clubs in the country, Ugrinic admitted it was no small task.

"It’s a difficult question to answer, I think the talent is here, it’s a matter of trying to harness what we’ve got and adopt some of the best practice and see what we can do to improve some results," he said.

Ugrinic wanted to "do some gardening" after walking away from coaching last year and said he'll be refreshed and ready to go come the start of the season in October.

"This gig is still a fair way away, in terms of going out there and doing talent identification and preseason it will still give me 12 months away when we start the actual football program," he said.

"I'm travelling overseas in mid June for a bit of a holiday and to look after the Australian medical football team and when I come back in mid july I'll be raring to go."