The Rams needed a point to move above Millwall into sixth but managed only a penalty consolation from David Nugent deep in stoppage time. 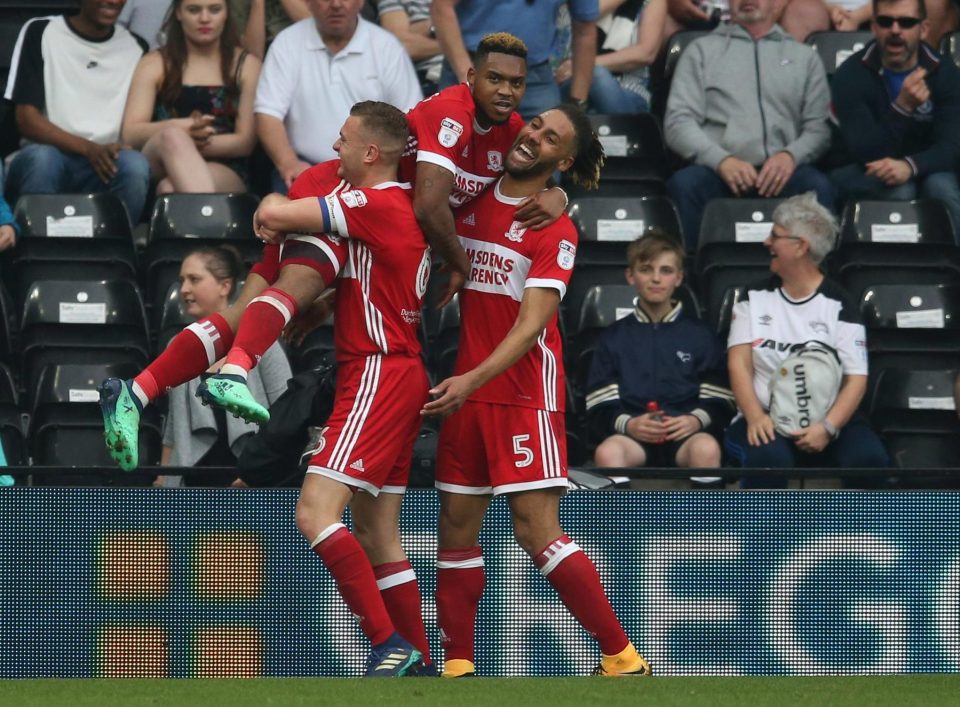 Boro desergved their win after a professional display, yet Derby began brightly.

Rams star Bradley Johnson headed wide early on whilst down the other end the impressive Adama Traore planted a header straight at Scott Carson.

Hesitant defending from the hosts allowed Middlesbrough to open the scoring in the 20th minute.

Besic, on loan from Everton, cut inside the penalty area and angled a shot beyond Carson into the bottom-left corner for his first goal in English football. 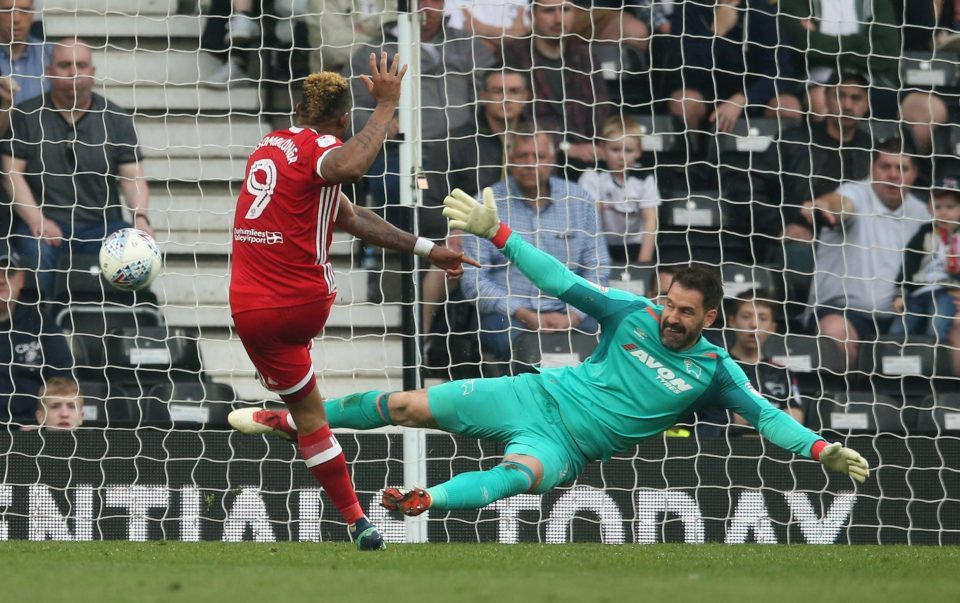 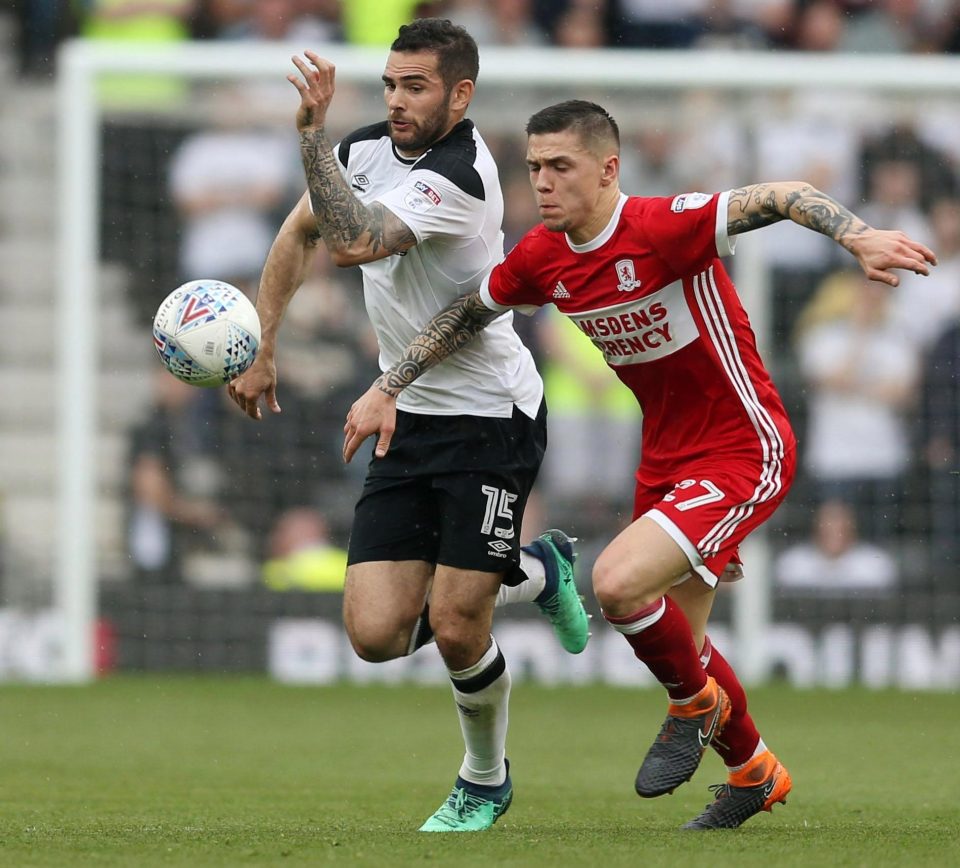 Tom Lawrence responded for the Rams with a long-ranger that Darren Randolph pushed behind for a corner.

Boro looked limited after their opener but Assombalonga curled an effort just wide moments before the break.

SACK, BACK AND CRAIC Arsene Wenger smiles with Arsenal stars as they welcome him back to training

Derby came out much brighter after the restart, with Nugent clipping a shot into the side netting before Randolph did well to gather Marcus Olsson's long-range effort at the second attempt.

In what was becoming a frantic game, Boro forged two quickfire chances to kill it game off but failed to take advantage on either occasion.

First, Jonny Howson dashed into the box and saw his shot clip the top of Carson's bar before Besic blazed over less than a minute after when well-placed.

Derby sub Kasey Palmer almost made an immediate impression on the game after nimble footwork in the box but he could not get sufficient power behind his shot and Randolph gathered with ease.

Despite their profligacy, Boro made amends in the 70th minute when the elusive second goal arrived. 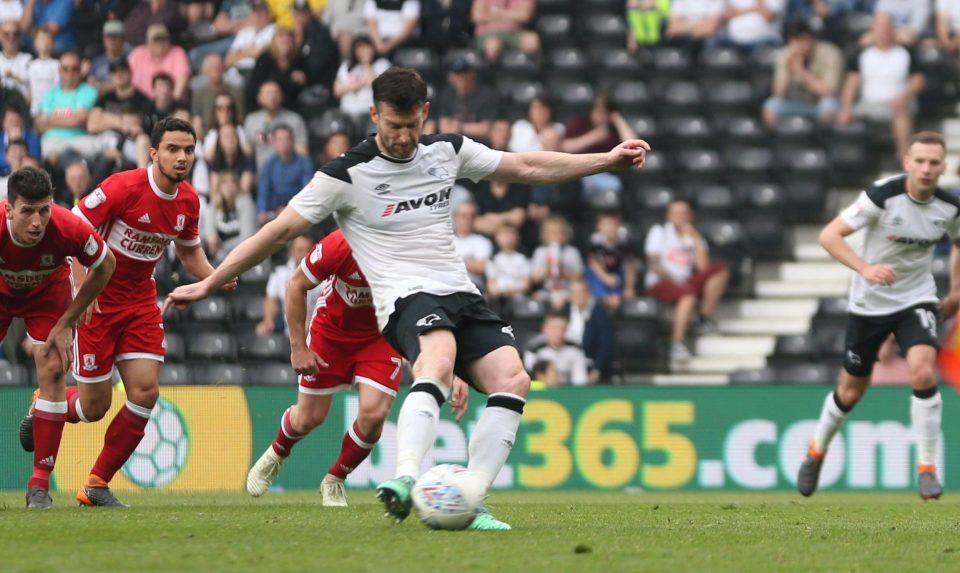 Traore dashed down the right flank and fed the simplest of balls into the path of Assombalonga, who paused before lashing the ball past a helpless Carson.

Derby continued to create chances and they were given a lifeline in stoppage time when Daniel Ayala tugged Curtis Davies in the box, with referee Lee Probert pointing to the spot.

Nugent tucked home the resulting spot-kick but it proved to be too little, too late as Boro held on for the victory.