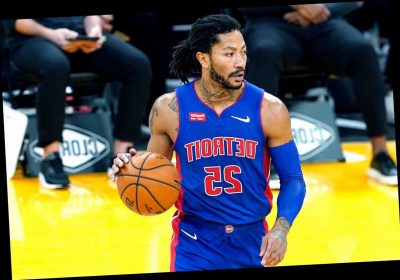 The Knicks' newfound stability, grit is a sight to behold

The Knicks may soon have their own Big 3

The chemistry, stability and durability Knicks coach Tom Thibodeau has established after a feel-good 11-14 start will now be put to the test with the Derrick Rose trade that was officially announced on Monday.

For those afraid of the impact this will have on exciting backup rookie point guard Immanuel Quickley’s minutes, don’t fret. Quickley is good in his role as a backup in his first year. He’s averaging 18.9 minutes a game and that doesn’t stand to be much impacted.

The greater concern is team chemistry. The concern is if this is too much a lateral move to be worth the threat of hurting the team’s cohesion.

Rose, 32, likes the ball, has the ball, drives the ball. He must turn into as good a playmaker as scorer.

Thibodeau still believes Rose has it in him on certain nights to look like the 2011 MVP – an accomplishment Rose achieved in Chicago at age 22.

The good news is Rose is 11 years younger than Tom Brady and still can get to the basket with his wheels. The bad news is the threat to team chemistry.

How will Julius Randle, amid a monster season, react alongside Rose, whom the Knicks can envision as another option down the stretch of a close game?

Rose is a point guard but a scoring point guard. Randle has the ball in his hands a lot this season, playing the point-forward role, putting up beautiful numbers that has him in line for the All-Star Game.

Randle said after Sunday’s loss to Miami he is “rolling with whatever our leaders” think is best. It wasn’t the most stirring Rose endorsement but it will do. Rose also must mesh with RJ Barrett, surprisingly benched for the final 17 minutes of Sunday’s game. Barrett likes the ball, too.

Finding a closing unit, whether that’s Rose, Elfrid Payton, Barrett or Rose, Quickley and Barrett or not closing with Barrett, is Thibodeau’s challenge. Barrett is shooting 39.5 percent in the fourth quarter — ranking 305th in NBA.

Team brass believes Randle and Barrett can use offensive help late in contests. The Knicks are last in the NBA in scoring 102.7 points per game and 3-point shooting is their biggest issue. Rose is not much of a 3-point guy.

If the Knicks start losing games as Rose adjusts to his new teammates, the chance of friction setting in becomes a danger.

In his first Knicks stint, when Rose missed most of training camp because of a civil rape trial, he admitted his slow start was due to figuring out his mates.

The odd man out in this rotation probably will be combo guard Austin Rivers, one of
the team leaders who has not excelled recently and proven streaky. He’s shot 21 percent in the last five games.

Rivers is averaging 23 minutes a night. Those might be minutes redirected to Rose if Thibodeau keeps his tight 10-man rotation.

Thibodeau asks a lot of sacrifice from his players and now they must sacrifice more than ever to make room for Rose in his third go-round with Thibodeau.

The Knicks coach believes this season should only be about competing for a playoff spot – even if it is the 10th slot that earns a play-in tournament berth. Yanking Kevin Knox and Frank Ntilikina from the rotation and sending Dennis Smith Jr. to the G League shows he’s more about winning than developing.

The move shows the power Thibodeau holds over Knicks presiden Leon Rose. Neither Thibodeau nor Rose were quoted in the press release announcing the Rose trade. The Knicks didn’t give up much in this deal in Smith and a 2021 second-rounder. Thibdoeau, the former Minnesota president/coach, values second-round picks more as trade chips than actually making the selection to develop the player.

Fans upset to lose a 2021 second-rounder should be as angry the Knicks punted with the 33rd pick last November and traded it for a 2023 second-rounder. They didn’t find a 2020 prospect worthy.

It’s hard to imagine stating point guard Payton will be as affected as Rivers. Thibodeau has raved about Payton’s defense in recent days – not Rose’s strength. If Rose pans out and Payton dips, the Knicks could make another deal to trade Scott Perry’s former draft pick.

When Jeff Hornacek coached Rose in New York, his only beef was the turnovers he made or his missed shots at the rim off drives usually resulted in fastbreak points the other way.

Otherwise, Rose played well enough, averaged 18 points, but the Knicks floundered at 31-51. Rose’s major blemish was leaving the team without permission as he went back to Chicago in a bad mental state.

In Rose’s defense, it was the first time he had been traded and was struggling living away from family in his hometown Chicago. Rose has played in three other cities since. Rose wants to be here now. Rose and Thibodeau have a special relationship.

Rose is a quiet presence in the locker room, but harmless. He actually won “The Media Good Guy Award” that 2016-17 season.

The locker room might not be as much an issue as how well Rose gets along with his new teammates on the court.