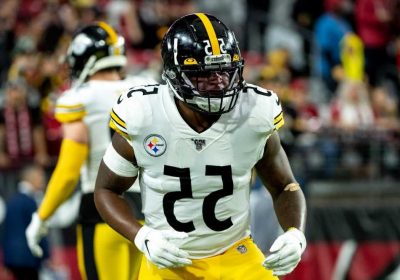 The Steelers may want to have “the social media talk” with linebacker Devin Bush.

On Sunday, Bush shared a disturbing video on Twitter of a cat plummeting multiple stories to the ground, appearing to make light of the graphic footage.

“The only time I seen a cat not land on its feet omg !!” the 22-year-old wrote along with the graphic video.

The post was not well received by Bush’s 111K-plus followers on Twitter. The original poster since deleted the video, but Bush’s quote tweet had not been taken down as of Monday afternoon.

“The minute (Bush) lands back in the 412 I’m confiscating his phone lol…” teammate Zach Banner wrote on Twitter.

Bush’s social media antics comes just a few days after he publicly took jabs at some of his Pittsburgh teammates by proclaiming that he wants nothing to do with anyone who uses TikTok. Steelers wide receivers Juju Smith-Schuster and Chase Claypool are incredibly active on the popular app.

The 10th-overall pick in 2019 out of Michigan is coming off a torn ACL that sidelined him for a majority of the 2020 season. After posting 72 solo tackles and two interceptions during his rookie season, Bush registered 16 solo tackles and two QB hits in the five games prior to his injury.