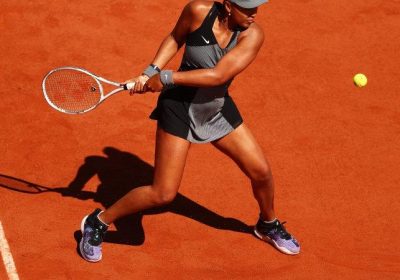 Press conferences might have been a monkey on Naomi Osaka’s back, but Australian tennis legend Paul McNamee suspects the straw that broke it was the online damnation from gamblers who lost money on her.

“I think the broader issue is about social media and gambling,” says McNamee, a former Davis Cup-winning player and Australian Open chief executive who is now a coach.

“Reading between the lines, there were some things on social media that were upsetting Naomi. They upset a lot of players. You ask any player what they’re going to cop on social media when punters have done their money. This is a very serious issue.” 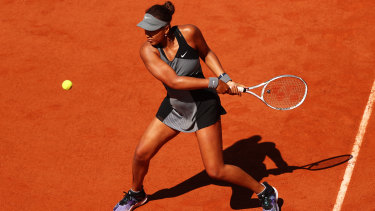 Naomi Osaka in her first round match at the French Open.Credit:Julian Finney/Getty Images.

McNamee’s theory chimes with the facts. Since winning the Australian Open in February, Osaka has suffered three surprise defeats in tournaments in Miami, Rome and Madrid. For a player of her stature, any defeat is considered surprising, and therein lies the problem. On social media, she could not have avoided the backlash. Racism and sexism are bad enough, but this is possibly an even older evil at work.

This would also explain the confusion about whether Osaka’s boycott of media conferences at the French Open was to do with her results or her mental health. It was both, one compounding the other, and misnamed “social” media rubbing her nose in both. It did not help that her first communication was vague. Social and mainstream media had formed itself into a critical mass in her mind. Socials she could do nothing about, press conferences she could.

“If they’re looking at a media conference policy, they’ve got to look at the psychological pressures that are happening because of social media and gambling,” says McNamee. “Otherwise, they’ll come up short.”

Osaka abandoned the French Open after one round and zero media conferences. The tournament fined her heavily and threatened to expel her, after which she withdrew anyway, whereupon the tournament softened and wished her bonne chance. Meantime, French federation president Gilles Moretton read a statement to a press conference but did not take questions from the media. 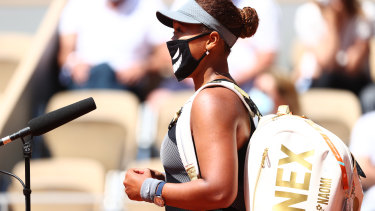 Naomi Osaka talks to a courtside interviewer after her first-round win at the French Open.Credit:Getty

In refusing to face questions, Osaka posed one about media conferences. Obligatory for every player after every match to the supposed end of maintaining media attention and therefore the commercial value of a tournament, their frequency dilutes their value. They are only sometimes revealing, mostly trite and occasionally excruciating.

Former player and now manager Paul Kilderry flinched sometimes watching Sam Stosur do press. “I felt a bit sorry for her at times, certainly in Australia where she didn’t always play to the best of her ability,” he said. “It was probably the last thing she wanted to do.”

Stosur, like Osaka, is an introvert. For them, the expectation to be funny and insightful in new ways every second day weighs ponderously. 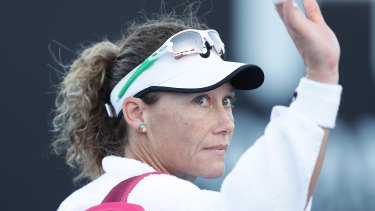 Sam Stosur is not comfortable with media, but honours the obligation.Credit:Getty

Kilderry also remembers squirming while sitting in on press conferences with young players at Wimbledon. “You just felt like jumping in and stopping it,” he said. “Nothing good was going to come of it.”

But most players do not demur publicly, though nearly all empathise with Osaka. It’s the job, says Kilderry.

This is how Con Stavros, an associate professor and sports marketing expert from RMIT university, sees it. “To me, they’re entertainers,” he said. “There’s more to it than being able to perform a particular skill.”

Professional sportspeople are lavishly funded by media outlets, which need personalities as well as performance to enrich their fare. Unlike, say, reality TV, they cannot depend on a scripted climactic outcome. “I’m watching for the characters, the celebration,” says Stavros.“I’m watching for the raw emotion.”

You might think a major championship scarcely needs promotion by players. The French Open is such an icon that this year it is calling itself simply Roland Garros. It’s hardly the Traralgon challenger. 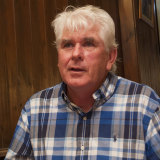 “It’s still competitive out there,” says Stavros. “You can’t take anything for granted. Run me through the top 10 golfers in the world. It’s really hard. I try to make a living out of sports marketing, but sometimes I’ve never heard of that person at No. 9.”

McNamee agrees. “Most sports are trying to compete for publicity with the football codes, which dominate,” he says. “It’s difficult to cut through. Even the AFL makes the players do the parade. It’d be the last thing they want to do on Grand Final eve.”

Most know the score. “You can’t tell me Michael Jordan didn’t do an interview after every game,” McNamee says. “It was an open locker room, and he knew the deal. Steph Curry would be the same.” 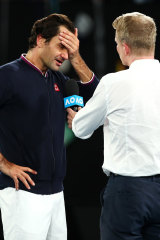 Post-play media conferences mostly are for the benefit of non-rights-holding — that is, non-paying — media. In terms of boosting the event, they are part of the rising tide that lifts all boats, including the rights-holder’s. Essentially, this means journalists are being played and at some subliminal level know it. But alternative forms of access to players are limited, controlled and sometimes supervised, leaving no other recourse.

Rights-holders reserve their rights, which means there can be too much of a good thing. “What’s crept in is the on-court interview,” says McNamee. “I’m guilty; I brought that in at the Australian Open. Some would say the Jim Courier-John McEnroe interviews are pretty entertaining. But before the game doesn’t work. That’s a no-brainer. It just doesn’t work.”

This leads to a circular argument. Stavros says he has little truck with Osaka’s complaint about repetitive, critical or dumbfounding questions. He says a modern athlete should be schooled in them. “The coping mechanism many athletes have learned is to provide shallow, formulaic responses,” he says, “which of course completely defeats the purpose of the interview.”

Some players, he says, are sure to be worth watching at press conferences because of or despite themselves. Serena Williams in defeat is one, and Nick Kyrgios win or lose. Osaka is another because she does try. “She seems to take in the questions quite deeply and react authentically,” Stavros says.

Not for now. Her revelation of two years of depression put the discussion on a new footing. “I can see both sides,” says McNamee. “Her wellbeing is far and away the most important thing. She’s a remarkable person who transcends the sport. However, the blame game is not appropriate, as it is clear her challenges were not widely known.” 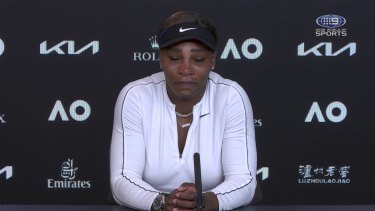 Serena Williams shortly before walking out of her press conference at the Australian Open this year.Credit:Channel Nine.

McNamee says the Grand Slam committee, which oversees the four majors, was blindsided by Osaka’s move and could only apply the rules as they stood. 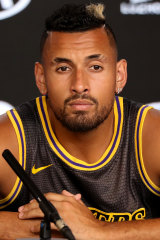 He does wonder about the booming silence of the Women’s Tennis Association. As both the governing body and the players’ union, it seems to be torn between disciplinary and pastoral duties to Osaka, leaving it tongue-tied.

Suggested solutions include fewer media conferences in the early rounds, more time to regroup after defeats, an Olympics-style “mixed zone” where players walk through a media corral, stopping or not as they choose, a get-out-of-media-free card to be used as necessary and stricter policing of journalists’ credentials. In one of several jittery reflexes this week, Roland Garros pulled the accreditation of a journalist who zoomed in from a supermarket.

McNamee does not want to see a rush to reform; he thinks a cooling-off period now would do.

Is Osaka’s stance symptomatic of a permanent shift in the sportsperson-media paradigm? The evidence is sketchy. Certainly, athletes have become more adept at telling their own stories in recent years, and some appear more overtly political now, but that might only be because technological advances have put the means literally at their fingertips.

If, as Stavros maintains, established media with deep pockets are still key to leveraging fabulous riches for sport, then change will be slow, and Osaka’s stance will remain an outlier. Her immediate challenge is to find a way back.

For now, it looks as though sportspeople are having it all, toying with new media while humouring the old; they are of their times. The trouble, as Osaka could testify, is that new media is unmediated. She gets to say what she wants to say, but so does everybody else. Social media had seemed to sportspeople to be a brilliant shortcut past traditional media direct to fans. To some, that must now look like a false economy.