DILLIAN WHYTE has swapped his private Portuguese gym and £20million jet for two caravans in an Essex car park ahead of Saturday’s fight with Alexander Povetkin.

The 32-year-old from Brixton has had to switch from sun-kissed topless training sessions and locally-caught fish dinners to a Winnebago in the Brentwood Holiday Inn and a cotton bud up the nose. 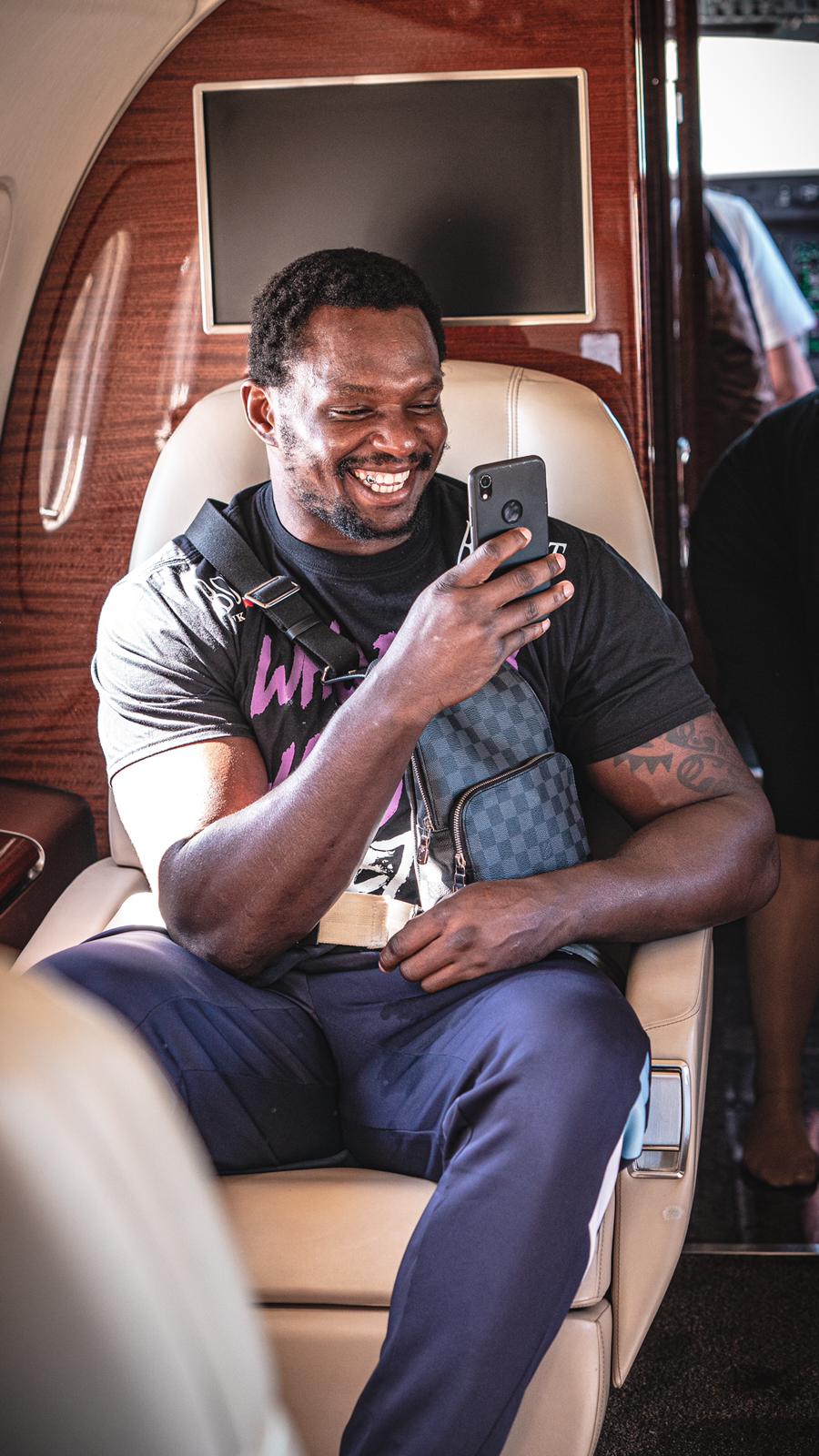 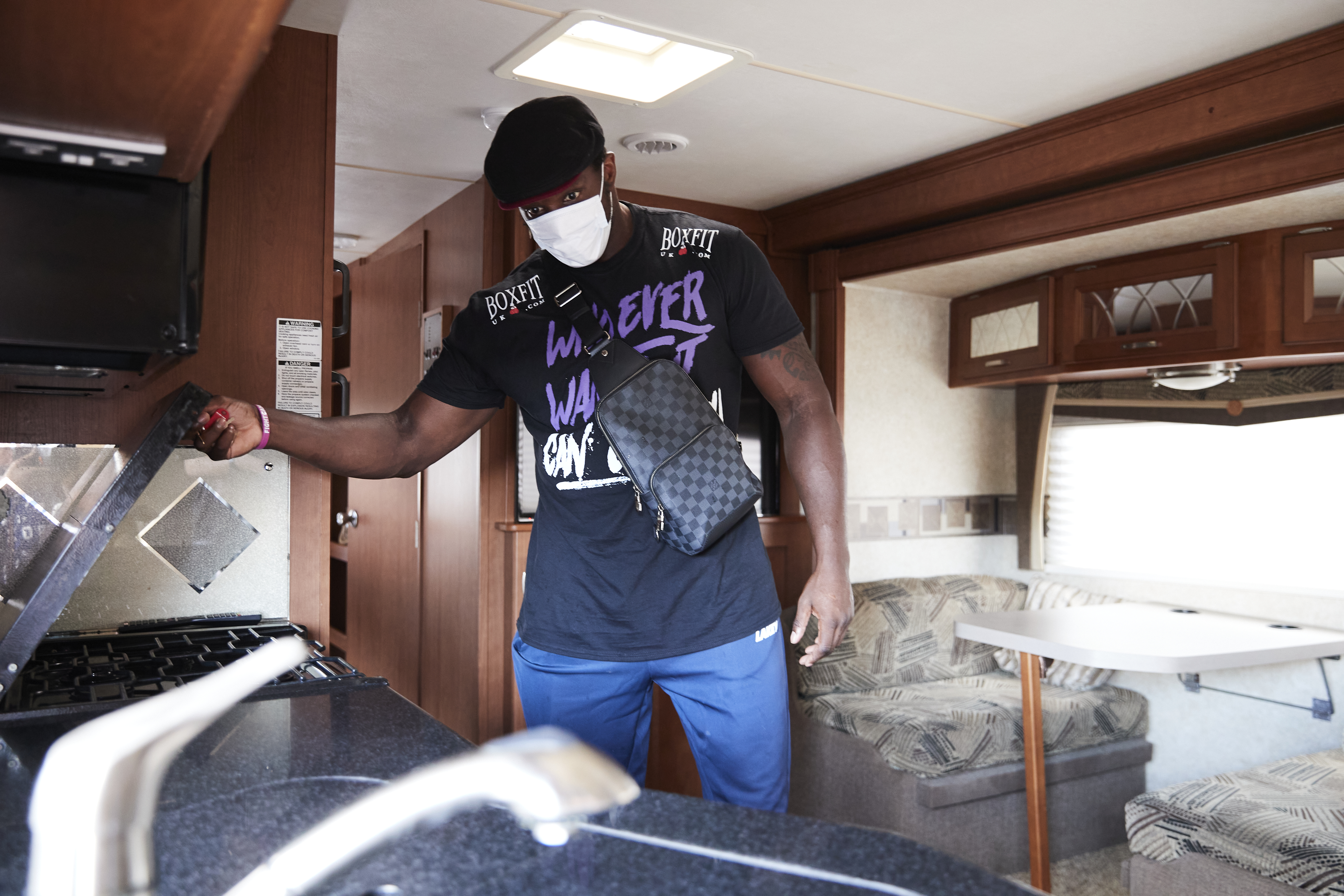 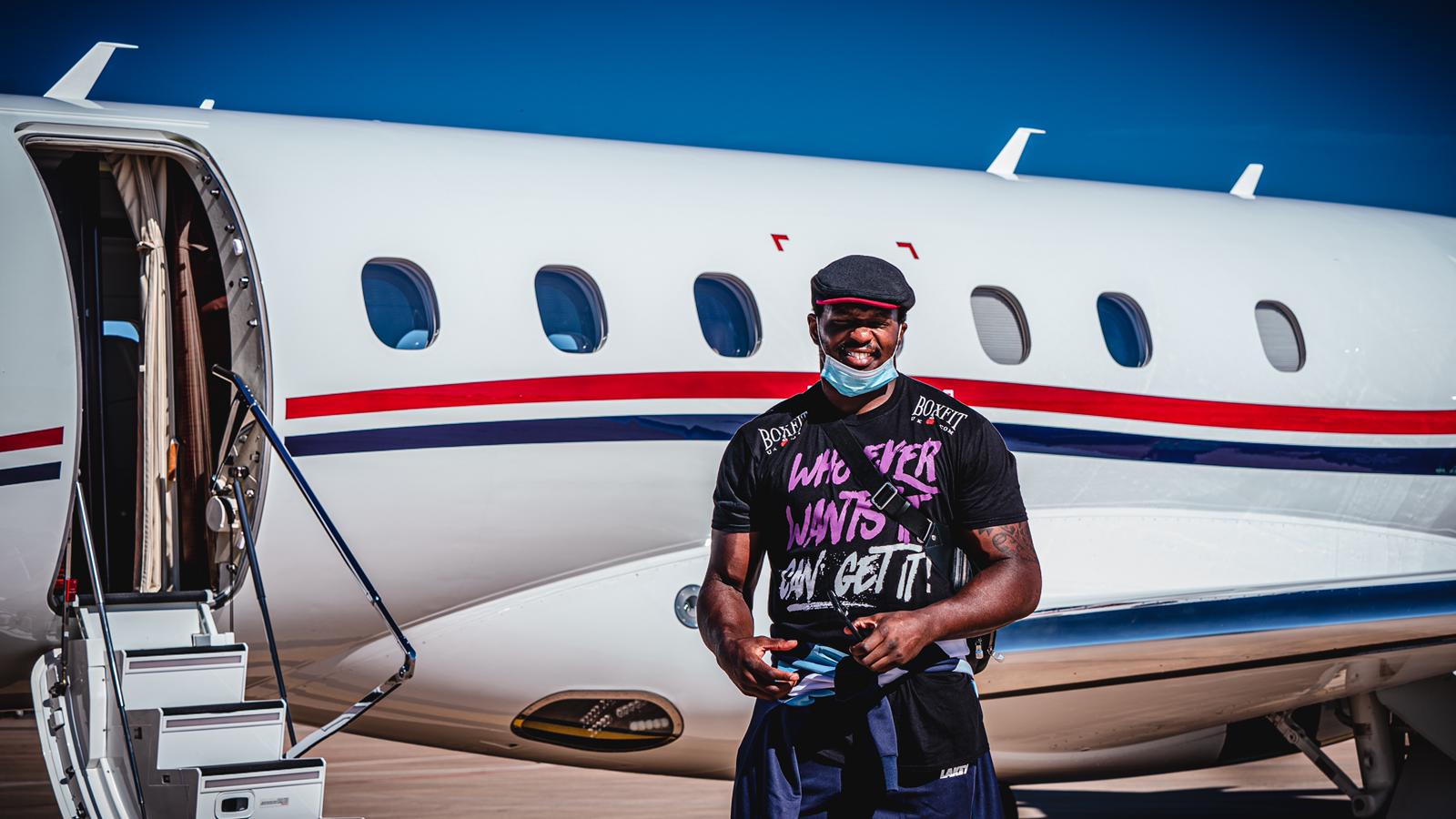 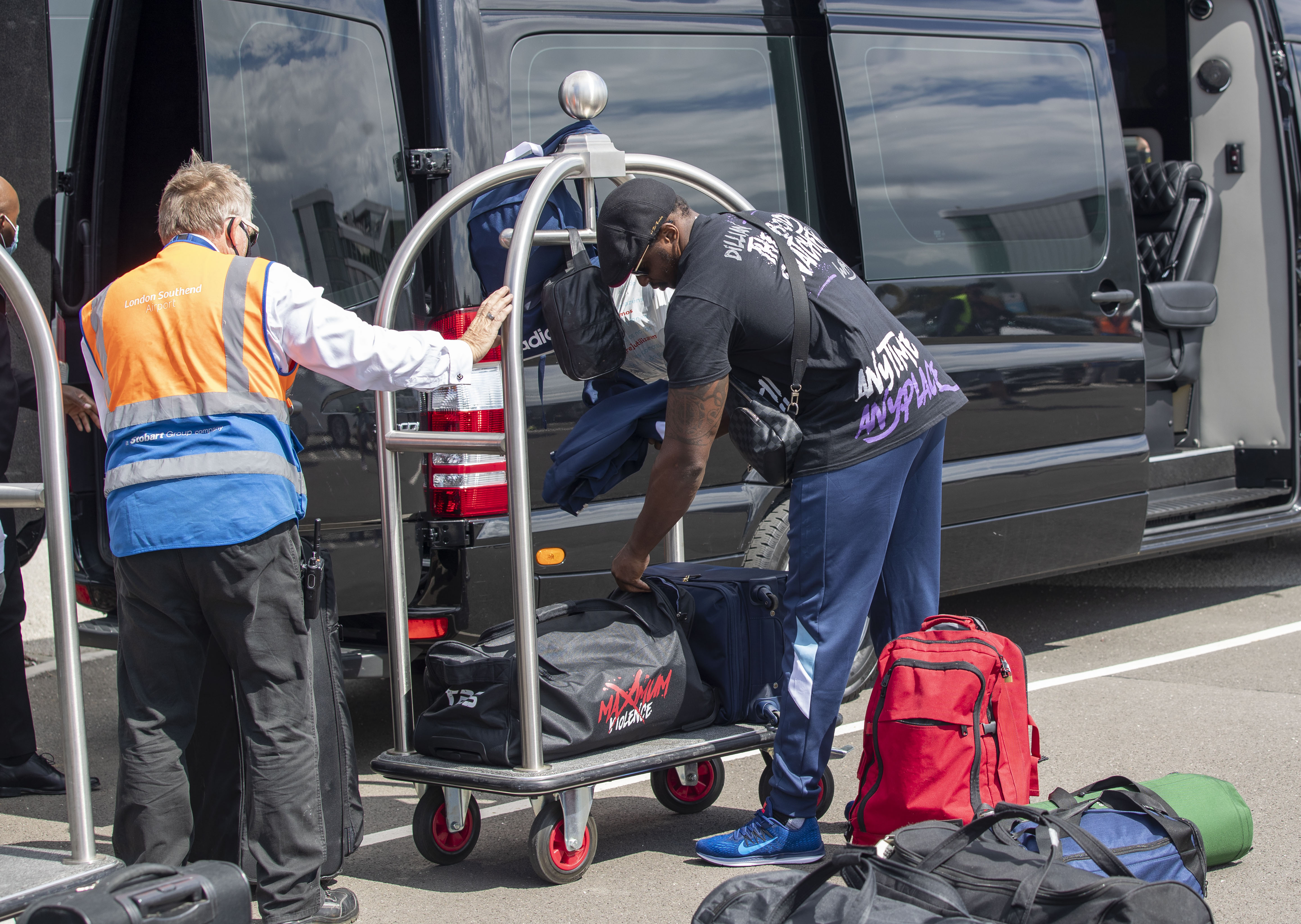 The Body Snatcher left Faro airport at 10am on Tuesday – leaving behind his beloved dogs Hades and Zeus – and helped unload his own bags at Southend airport just after lunchtime.

SunSport was first on the tarmac to see the heavyweight bruiser land the 2016 Embraer Legacy 500 and swap his designer sunglasses for a flat cap and surgical mask once the local temperature drop hit home.

Two sprawling Crusader motorhomes are now parked up just off the M25, one for Whyte to as his personal space for sleeping and eating ahead of the pay-per-view showdown.

The other will be his back-up base where his food will be prepared and interviews held.

Eddie Hearn’s military-run operation means even the 18st powerhouse is not allowed to swan around the budget bolthole until his COVID-19 test comes back all clear on Wednesday morning, after his travel was given the go-ahead as an athlete exemption.

And it remains to be seen whether the no-nonsense banger – with the ‘Maximum Violence’ catchphrase – will be joining in with the friendly cricket match some of Hearn’s Matchroom staff have planned.

I'm not worried about Povetkin, I'm worried about Whyte as he told me: 'If I see him in my face on fight week in that hotel, I can't be responsible for my actions'.

Whyte and 40-year-old Povetkin got on swimmingly when they last met at their Manchester press conference in early March.

They navigated around the language barrier by bumping fists and swapping personalised training kit.

But Hearn expects his second-favourite heavyweight to be a different beast now he’s sharing a cage with his rival and the clock is ticking down to go-time.

Hearn said: "Whyte is a different kettle of fish. If we don't separate these guys they will be rolling down the hill towards the A12.

"We need to make sure those two are separated and segregated.

"I'm not worried about Povetkin, I'm worried about Whyte because he has already told me: 'If I see this guy in my face on fight week in that hotel, I can't be responsible for my actions'. 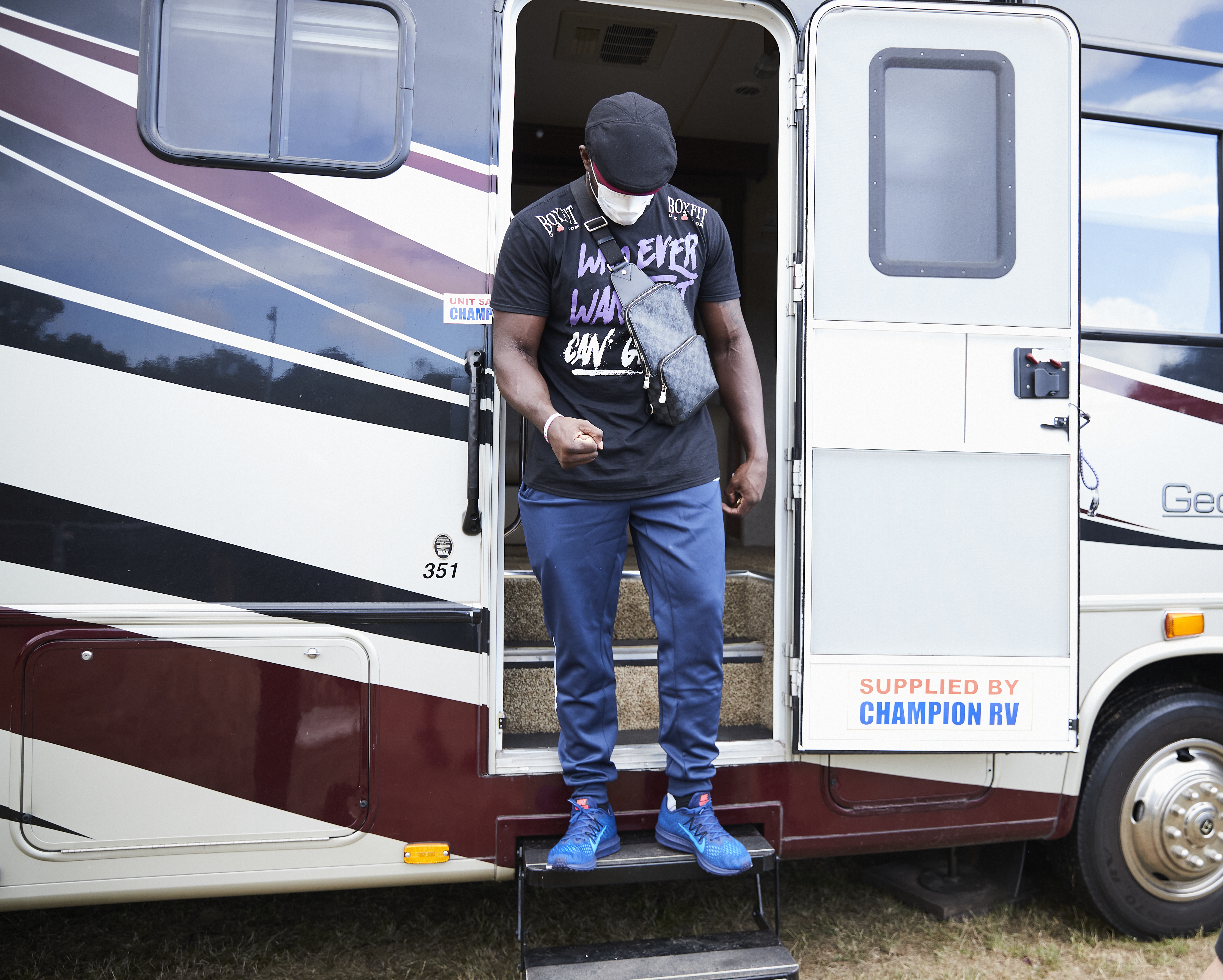 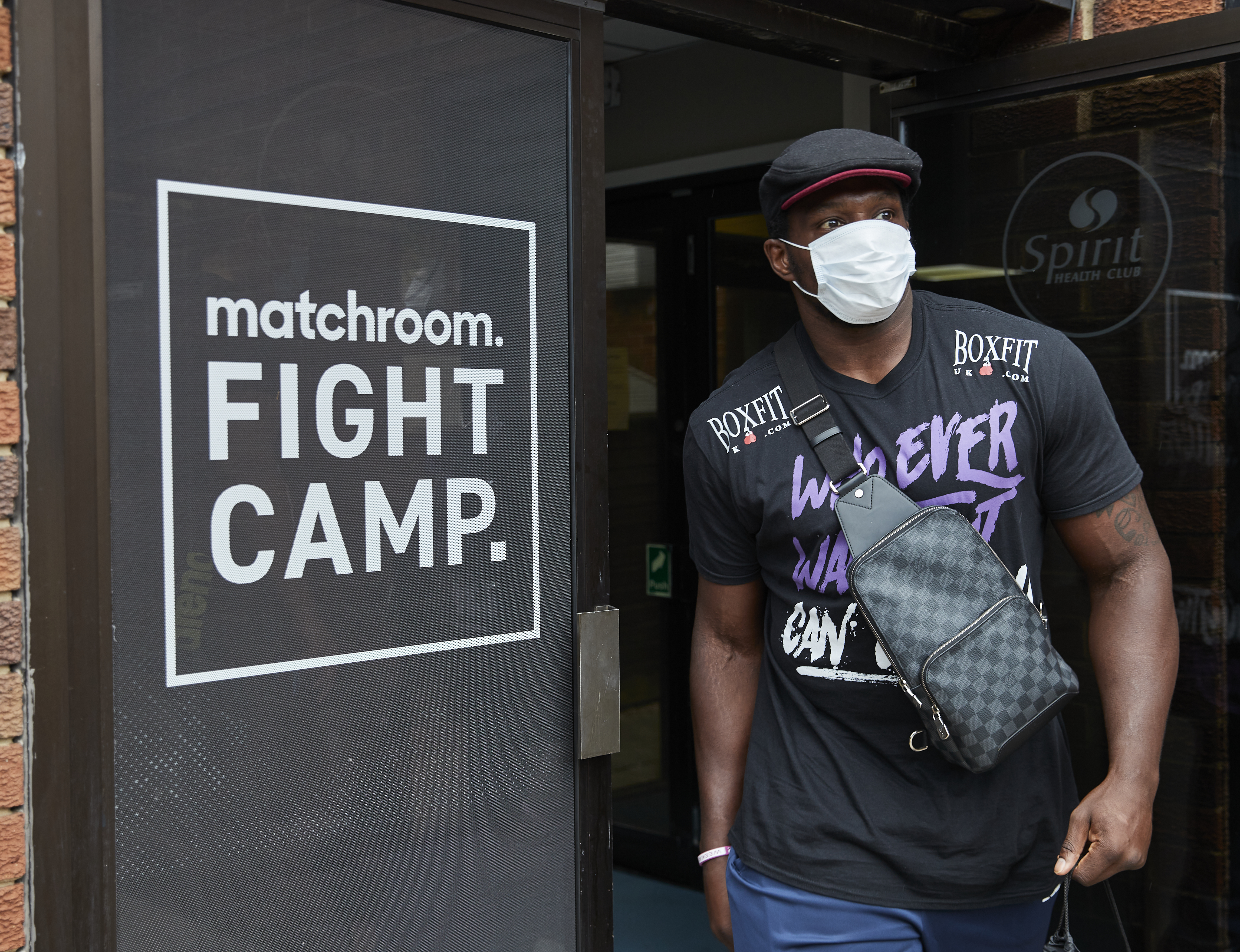 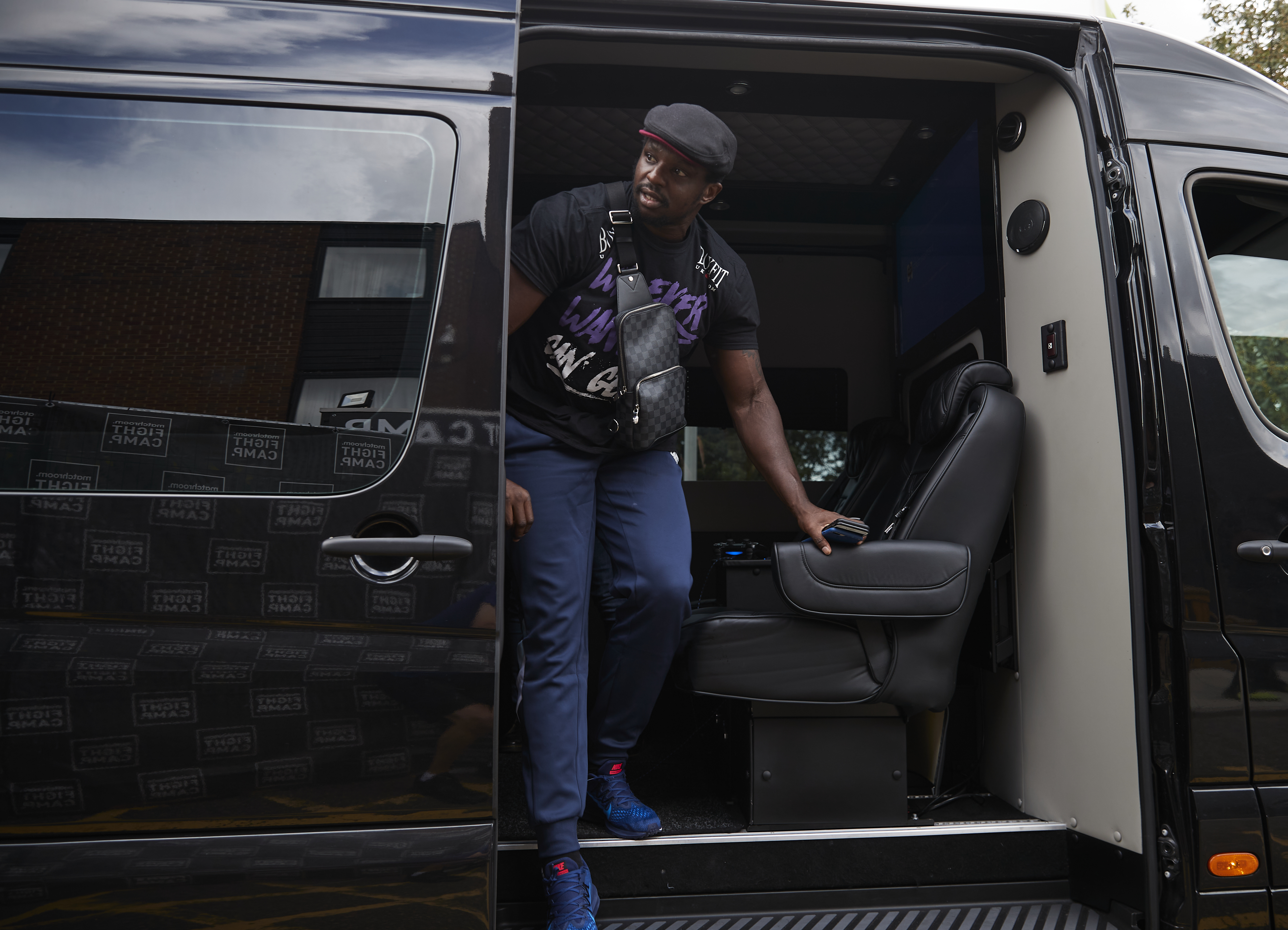 Sky Sports are hoping WBA, IBF and WBO king AJ – who shares a love-hate relationship and a 1-1 fight record with Whyte from the amateurs and pros – will be able to contribute to the broadcast.

It’s unlikely the Watford icon will come through the quarantine bubble to commentate in person and Hearn admits that might also might be in the best interests of the bout inside the ring on Saturday.

Hearn added: “The corridors in this hotel are not really big enough to fit one heavyweight down, let alone two.

"AJ and Dillian in the same room is never a good thing. They have great respect for each other but there is always that spark." 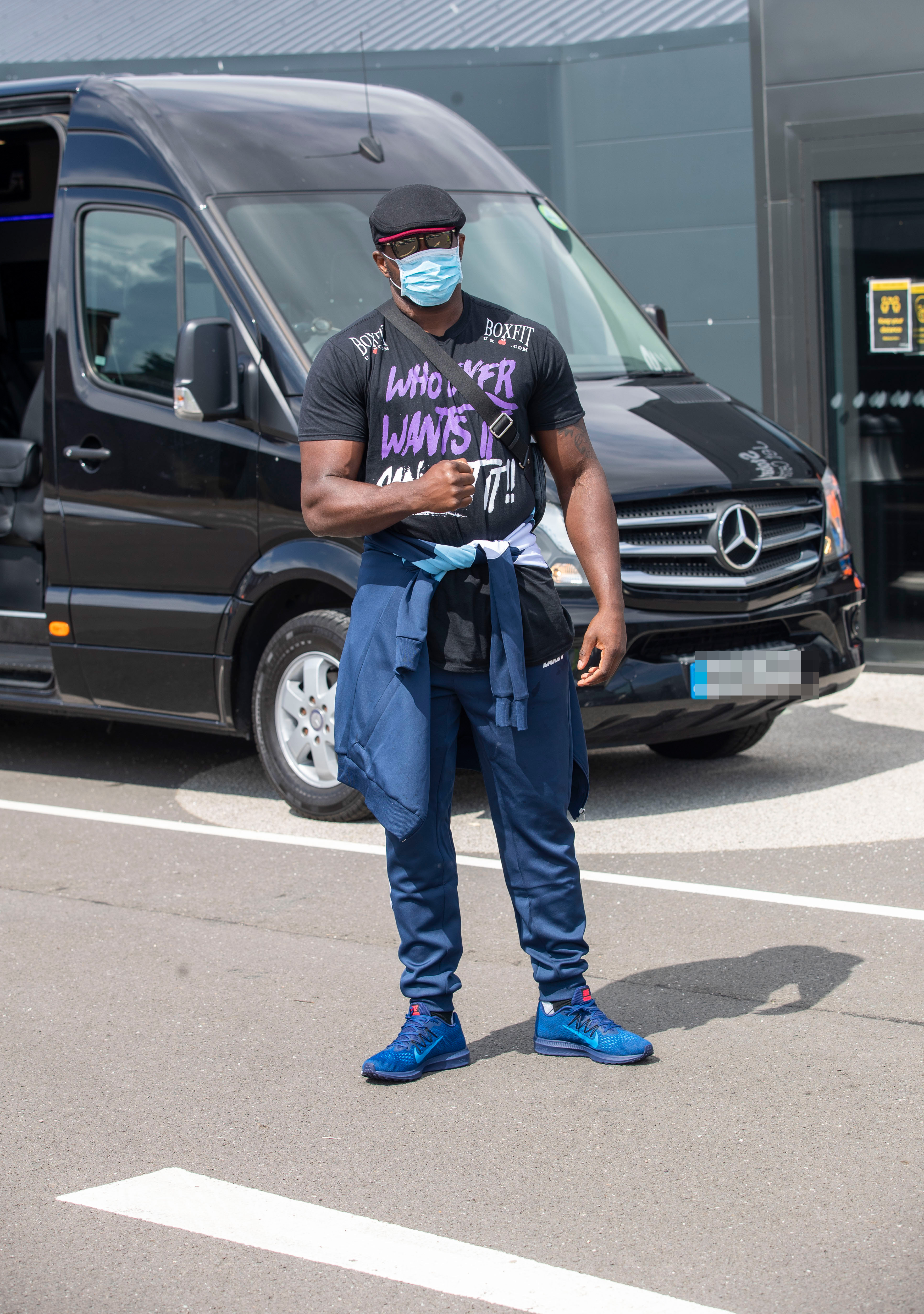 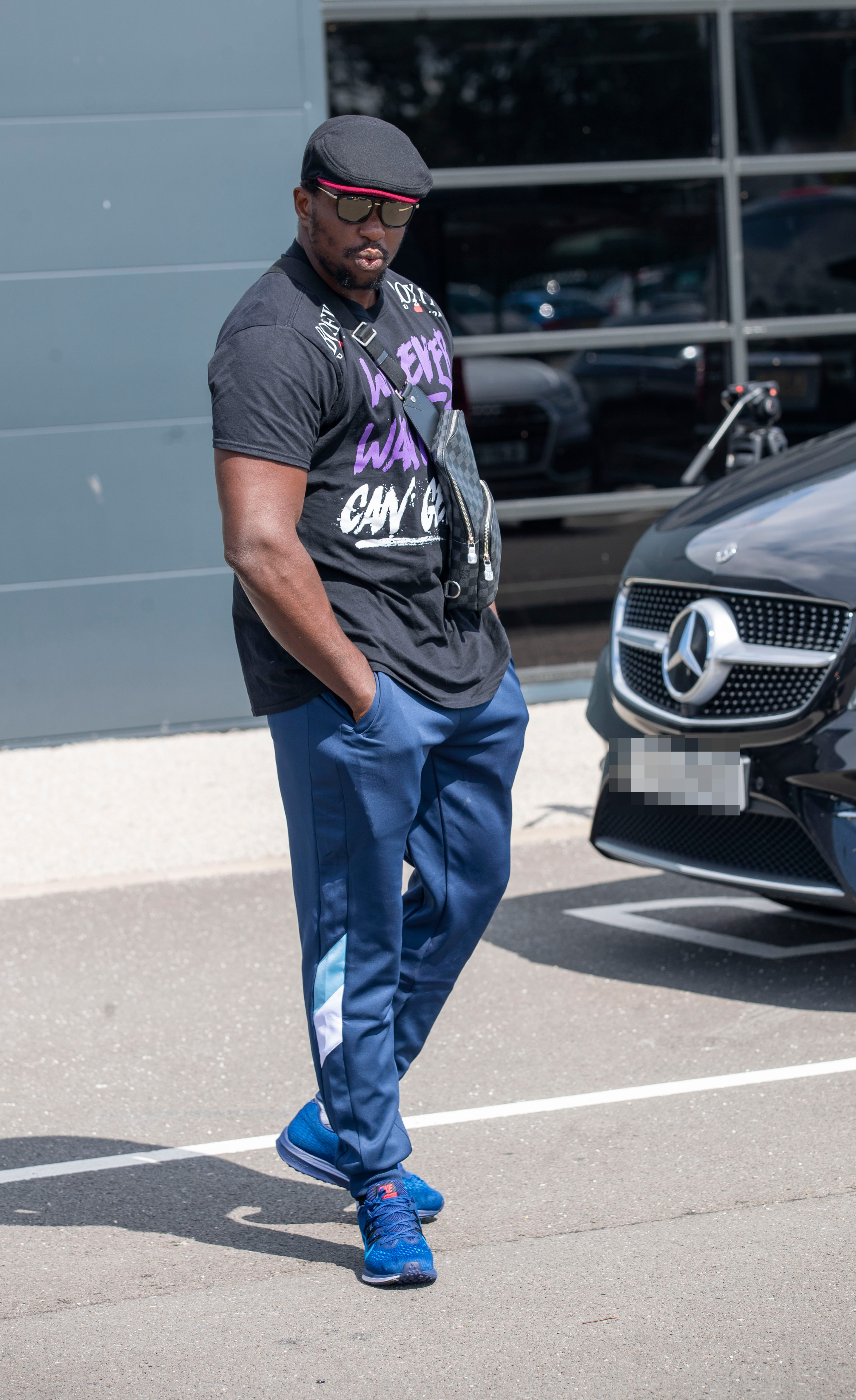 Whyte weighed a career heavyweight 19st 5lbs when he last boxed on the Joshua vs Andy Ruiz rematch card in Saudi Arabia.

Depression over a Ukad doping case he won, combined with a stint on Celebrity Masterchef, saw him balloon up in bulk.

But while he has remained keen on cooking up a storm in the kitchen in Portugal, his training sessions have helped him reach a deadlift PB of 350kg and a return to his powerful best.

Whyte was training around 10 times a week at the start of his camp and, before it tapered down to prevent injury, he had ramped that up to around 18 sessions weekly.

Middleweight training partners like John Harding Jr and Oliver Edwards were taken out specifically to help with the scorching Saturday sprint sessions.

And, when travel restrictions to Portugal were relaxed, heavyweight sparring in the shape of Alen Babic – who Whyte also managers – and Englishman Ellis Machin were flown out for the hardest of rounds.

Whyte is risking his mandatory shot at the iconic WBC belt currently around Tyson Fury’s waist by taking this meeting with the Vladimir Putin-backed Olympic champion.

And one last swing of veteran Povetkin’s feared left hook could leave the ‘Can Man’ flushing all of his hard work down the chemical toilet.

But winning boxing’s most high-profile fight since the pandemic floored the sport in March – while AJ and Fury are still fighting to secure fights in 2020 – would leave him a very happy camper.