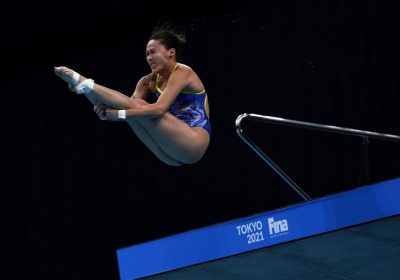 SINGAPORE – After eight weeks of waiting, national diver Freida Lim has finally received confirmation that she is headed for the July 23-Aug 8 Tokyo Olympics.

Even though the 23-year-old did not make the 12-woman final, based on calculations then, she appeared to have done enough to earn her berth at the Olympics.

However, there was uncertainty because world governing body Fina’s qualification system for Tokyo 2020 stated then that “up to 18” highest-placed athletes at the World Cup would each obtain one quota place for their countries, with no final word on the number of final competitors at the Olympics. Until now.

Lim, who is pursuing a double major in dietetics and culinary science and nutrition at University of Georgia, will become Singapore’s first female diver at the Olympics.

She joins fellow trailblazer and 10m platform diver Jonathan Chan who was the first Singaporean diver to qualify for the Games when he did so in 2019.

The Republic’s contingent for the Tokyo Olympics is currently made up of 21 athletes, including Lim, although a few more athletes may be included before the qualification window for the Games closes on June 29.