Let’s use their lingo: The TV commentators on the NFL draft had the potential to be game-changers and push their networks to the next level, but they didn’t want it bad enough.

Thursday was a night when commentators made a difference, as it was the first time the longtime home of the draft, ESPN, had to face competition from a broadcast network in FOX. Unlike a game, a viewer’s choice was based on who they wanted to hear and not what teams were playing. All the franchises were on the clock.

The problem with both broadcasts was every player was great. Even though history shows that some of these picks are going to be busts, it would be hard to find much evidence of it on the broadcasts. Everyone drafted was headed to the Pro Bowl, if not the Hall of Fame.

The two guys who stood out were the two newbies, FOX’s Troy Aikman and ESPN’s Kirk Herbstreit. FOX simulcasted the NFL Network’s coverage with the addition of Aikman, while Herbstreit replaced the comically positive Jon Gruden on ESPN’s main set.

In a quarterback-heavy draft, Aikman’s expertise at the position worked out well. He was willing to tell viewers why a player might struggle. Still, to use a draft-term, he needed to be coached up, as he buried the lead at times.

Aikman definitely has his doubts about Josh Allen, the seventh pick by the Bills. Given Aikman’s résumé, viewers wanted to know why — and Aikman eventually delivered on Allen, but viewers had to wait for it.

“The draft is about measurables and nobody has them better than Josh Allen at 6-foot-5 and 230 pounds,” Aikman said, after Buffalo’s selection. “He has a rocket for an arm. I was at his Pro Day, I saw him throw it 80 yards. So that excites everybody. He’s able to make a lot of throws. When I watched him, he was great on his initial reads and when he could drive the ball he was really good. He struggled a little bit when he had to lay it in. When he had to get to his second or third receivers, it was a little problematic.

“The thing that stuck out — like, you said, Mike [Mayock] — he didn’t have a good offensive line and he didn’t have really good receivers, even on easy throws, he missed a lot of those. You just simply can’t miss them. Where as I think [Jets pick] Sam Darnold can correct the problems he had with turnovers, I think as a quarterback, when you are inaccurate, my experience having studied these guys for the last 17 years, quarterbacks do not usually overcome it, but he has big upside.”

This is really good stuff, but he needed to tighten up his route to get to the point.

Meanwhile, Herbstreit was particularly good on the Browns going with Baker Mayfield, saying he was the best quarterback and backing it up with how the NFL game is changing and height isn’t as important.

There were many opportunities to go deeper and make the endless compliments mean more. Mayock, the NFL Network’s draft guru, had Mayfield rated as the fourth-best quarterback. Host Rich Eisen asked Mayock why and Mayock said that he thought the other three were better. Thanks, Mike.

When given a second chance, Mayock never told us why Mayfield will be less successful than Darnold, Allen and Josh Rosen. This was indicative of most of the TV commentators — they kept saying everything was great, but it wasn’t. 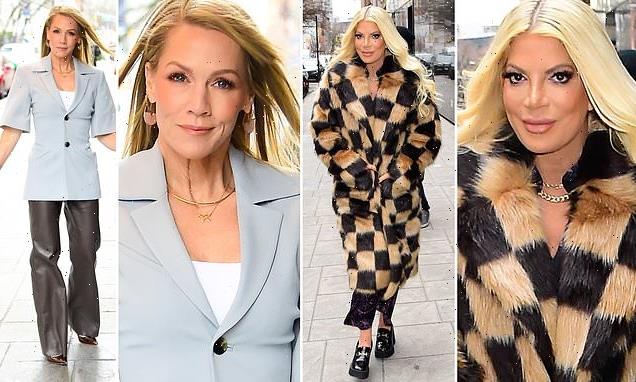