Dramas continue as Manly say they're dealing with 'isolated incidents' It would appear, from the outside, that Manly has a serious culture problem.

The Sea Eagles are currently seeking leave to appeal against their punishments for cheating the salary cap, while Jackson Hastings and Darcy Lussick – players the club wants off their books – have been involved in heated blow ups. Those dramas follow on from former assistant Willie Peters complaining about bullying in the lead up to a fight with a fellow staffer, resulting in Peters being moved on. 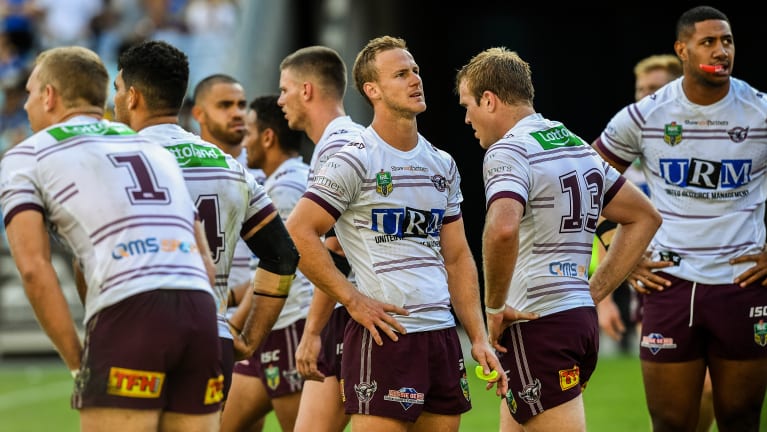 From bad to worse: Manly suffered a week from hell, and then a humiliating loss to the Eels on Sunday.

However, Sea Eagles chairman Scott Penn claims there is no underlying cultural issues.

“What we have is some isolated incidents that people are linking,” Penn said.

“The reality is those are three isolated incidents. When you put them together, it looks bad and isn’t where we want to be.

“I truly believe all three of those are isolated incidents that had unique circumstances. That’s the frustration. We all sat around the table yesterday looking at each other going ‘we’re rock solid’.

"There are no systemic cultural issues we’re concerned about."

The ongoing dramas, coupled with the fact Penn – as co-owner – needs to continually put his hand in his pocket to fix them – raises questions over whether he will be around for the long haul. Penn, who has already invested more than $10 million into the club, insists he is staying put.

"We’ve got an obligation to, we’ve come a long way,” he said. “We know this game comes in cycles – we’ve had some phenomenal success and we’ve had some disappointments. That’s the trials and tribulations of the game. We’re not in a place we want to be but we’re confident we have the nucleus of a premiership-winning team in the near future.

“We’ve got a great coach, CEO and football manager. We’re very happy with the pillars we’ve put in place and now it’s time to execute. We’ve just got to make sure we stay patient when things like this happen. It does test you, but we’ve got to resilient and move forward.”

Ivan Cleary has built up a reputation as the man when it comes to rebuilding a club.

Which makes you wonder how he would go at a club like Manly. We can now reveal that it almost happened.

Cleary – who completed successful overhauls of the Warriors, Panthers and Tigers – was sounded out about the prospect of taking over for the 2015 season. Geoff Toovey was at the helm at the time and the plan was to make him Cleary’s assistant. Given Cleary’s experience, coupled with the fact he had played for the Sea Eagles and lived in the area at the time, some consideration was given to bringing him in. However, history will shown it never happened, leaving it as one of the sliding doors moments.

From bad to worse

Still on Manly and the club has some serious rostering issues. Hooker Api Koroisau copped a cork at training on Tuesday and the salary cap dramas aren’t allowing them to blood one of their best youngsters, Manase Fainu. The hooker is viewed as a Jackson Hastings replacement after captaining the club to the under-20s title last year. However, he can’t get an NRL call up at present because he’s not in the top 30 players on Manly’s books. It’s a situation the Sea Eagles need to resolve – the kid is an absolute gun and there are three other clubs watching the situation with interest.

Clubs could find out if a player has been busted for recreational drugs before they attempt to sign them under a proposed change to the illicit drugs policy.

The NRL and the Rugby League Players’ Association will review the drugs policy as part of the collective bargaining agreement, but there is already a push from clubs for more transparency. 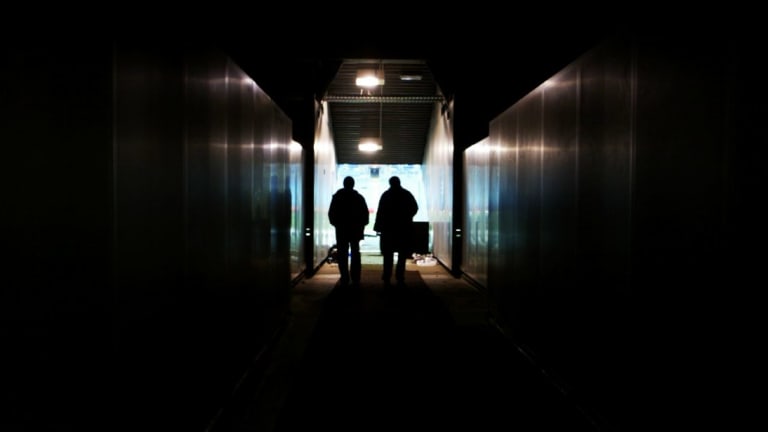 NRL clubs don’t want players with previous drug issues to darken their doors… unless they know about it before they sign.

The clubs believe they could make more informed choices on prospective signings if they knew whether they had copped a first strike for recreational substances. As it stands, the CEO and medical officer of a club is informed if one of its players cops a first strike. That gives them the opportunity to provide the player with the support required, while the offence itself is kept confidential. However, that information isn’t relayed when players change clubs, something team bosses want to happen.

The issue wasn’t an official agenda item at the latest gathering of club CEOs, but became a talking point from the floor. It’s topical given Wests Tigers cut Taane Milne, who they bought from St George Illawarra, before he had even represented his new team after he copped a second strike. Newcastle recently also punted utility Dylan Phythian for testing positive a second time for social drugs, while it remains to be seen whether Ben Barba will get another shot at the NRL after being forced to England over the same offence. A second offence carries a 12-match ban. 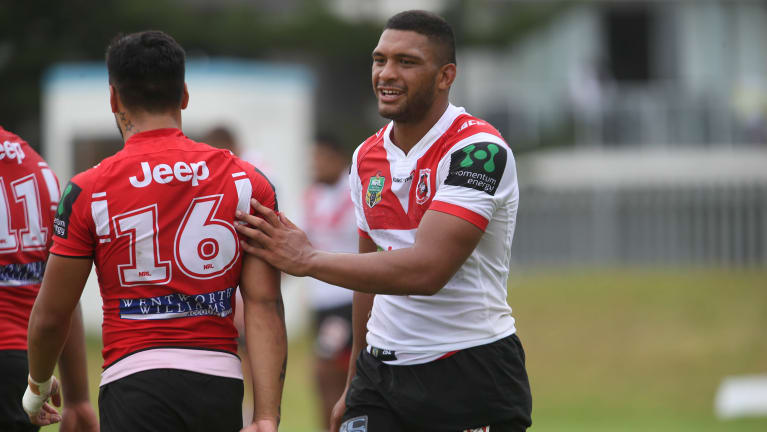 Cut: Taane Milne signed for the Tigers, but never played for them after a second strike for recreational drugs.

While the clubs want to know if a player has recorded a first strike before signing him, there are fears those who have will be passed over in the transfer market if that is the case. There are also concerns that clubs could be fishing for information on off-contract stars that could end up in the public arena.

One potential solution is that once a player signs with a new club, officials at his new team are informed to ensure the appropriate support and education is in place. That would make his rehabilitation their responsibility, rather than just passing over a potential signing over a past mistake.

The RLPA wants the entire illicit policy drugs policy to be thoroughly reviewed. The union believes the 12-game ban is too harsh as it effectively rubs offenders out for half a season. The last three cases have also shown that a second strike often results in a sacking, which doesn’t address the problem itself. Complicating matters is the fact that if you get done for some recreational drugs – such as cocaine – on game day via an ASADA test, the suspension could be for several years.

Much has been said and written about Craig Bellamy and whether he will remain at Melbourne. Our mail is that he will. The contract with his manager has lapsed and we’re hearing the parties will sit down to nut out an extension after the Anzac Day clash.

Gillett to be back for Origin

It was widely expected that Matt Gillett’s neck injury would rule him out of the State of Origin series. However, we’re hearing the Brisbane forward is set to be available for the opening game and will walk straight into the Maroons side.