Home » Dustin Johnson gets Masters reality check during first round

Dustin Johnson gets Masters reality check during first round 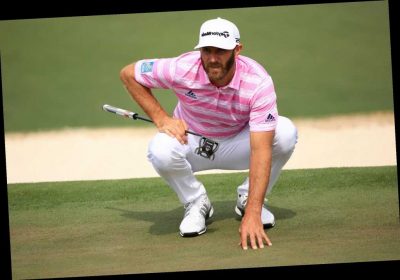 The Instagram golf stars trying to be the next Paige Spiranac

How to watch The Masters 2021: Tee times, channel, streaming and odds

This Masters can be memorable without Tiger

After breaking a Masters record with 20-under to win his first green jacket at the postponed 2020 event, the 36-year-old Johnson finished Thursday’s opening round at 2-over 74, which included a double-bogey on No. 18.

That marked Johnson’s fourth bogey of the day after he carded only four bogeys in 72 holes en route to his Masters win five months ago.

Johnson’s tough round shows just how difficult the course is playing this week after low numbers in the fall, when he won his second career major. The world No. 1 also won the 2016 US Open.

Brian Harman, Hideki Matsuyama and Patrick Reed were tied for the early lead at 3-under in the middle of Thursday afternoon.