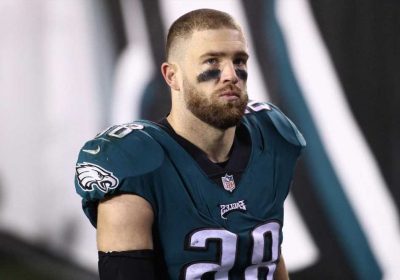 Eagles will get lift from returning reinforcements

The NFL world as a whole seems to have agreed that the Eagles trading Zach Ertz by Week 1 of the 2021 season is a near-certainty. So it comes as a bit of a surprise that the veteran tight end is still on the roster.

Part of the reason may have to do with the time of year. June 1 is a pivotal date for the NFL’s free agency calendar: many cuts are designated after that date, as they offer teams more salary cap savings if the moves are executed then.

If the Eagles trade Ertz after Tuesday, they will save $8.5 million against the cap as opposed to just under $5 million before June 1, according to the Philadelphia Inquirer. Additionally, Philadelphia designated Malik Jackson and Alshon Jeffery as post-June 1 cuts, meaning they will have an extra $4 million of cap space to work with on Wednesday.

One might think extra cap space would be a good thing for the prospect of keeping Ertz, but the Eagles still need to sign all of their draft picks. They also have holes on the roster they need to fill – possibly signing another cornerback or wide receiver. They have also been rumored to be in on Julio Jones, and that deal would almost certainly hinge on dealing Ertz.

So, expect the market for the tight end’s services to heat back up. Eagles GM Howie Roseman told the Inquirer in April that Ertz was “still in his prime” as a reason for not trading him at the draft, but the team has significantly more incentive to make the move now.

Ertz struggled with injuries and production in 2020. In 11 games, he managed just 36 catches and 335 yards, with one touchdown. Meanwhile, fellow tight end Dallas Goedert logged nearly 200 more yards in the same number of games played.

Carson Wentz, who is good friends with Ertz, was traded to the Colts in the offseason to reunite with former Eagles offensive coordinator Frank Reich. One would imagine Indianapolis would be a destination for Ertz as well, as Trey Burton (also a former Eagles tight end) left this year in free agency.