Parramatta centre Brad Takairangi admits the playing group were upset with claims coach Brad Arthur had lost the dressing room during their horror opening to the NRL season.

The Eels suffered their worst start in almost 30 years when they lost their first six games, leading to speculation about whether Arthur had lost the support of the playing group. 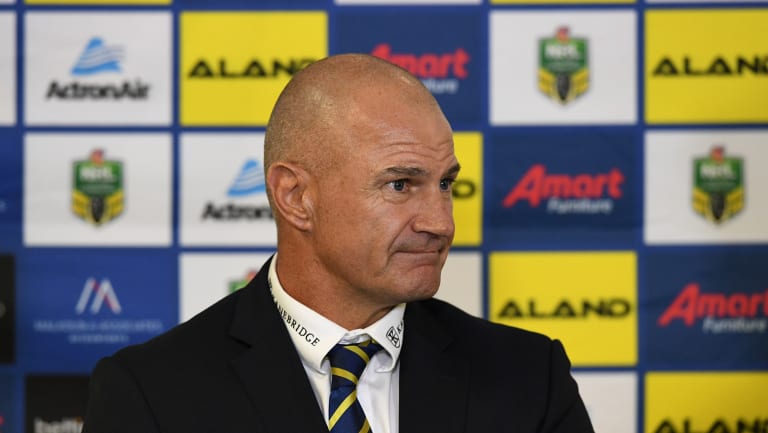 There were also suggestions of a rift between halves Corey Norman and Mitchell Moses, however Arthur's side have since breathed life into their campaign with consecutive victories.

After Moses strongly refuted the rumours last week, Takairangi took particular exception to rumours that the roster had turned on a coach who stood up for them during the 2016 salary cap saga.

"It's frustrating because Brad goes out of his way to do so much for us. He protects us from the media a lot of the time, especially in 2016. He's always got our backs," Takairangi said.

"It was disappointing that we couldn't get more wins at the start of the first six games, but things are changing and hopefully we can keep this going."

The Eels' turnaround has coincided with the appointment of Clint Gutherson as captain, who lost his first game back from an ACL injury but has led the team over the past fortnight.

"We want a stable fullback and he was playing there and playing great footy before he injured himself last week. It's good to have him back because he's quite a good fullback," Jennings said.

"Not just that, but his energy off the field and the way he is with the boys, it lifts the team."

The Eels will aim to make it three on the trot against Cronulla, but will have to do it without second-rower Tony Williams after he tore his ACL in last week's win over the Wests Tigers.

Tepai Moeroa is set to take his place in his absence after recovering from two concussions.

"We've got someone like Tepai who missed out last week who's been our best player at the start of the year. To have someone like Teps come in is going to be really good to add to the team," Takairangi said.