The Frenchman received a silver vase in respect of the famous rivalry the two bosses have shared over the years. 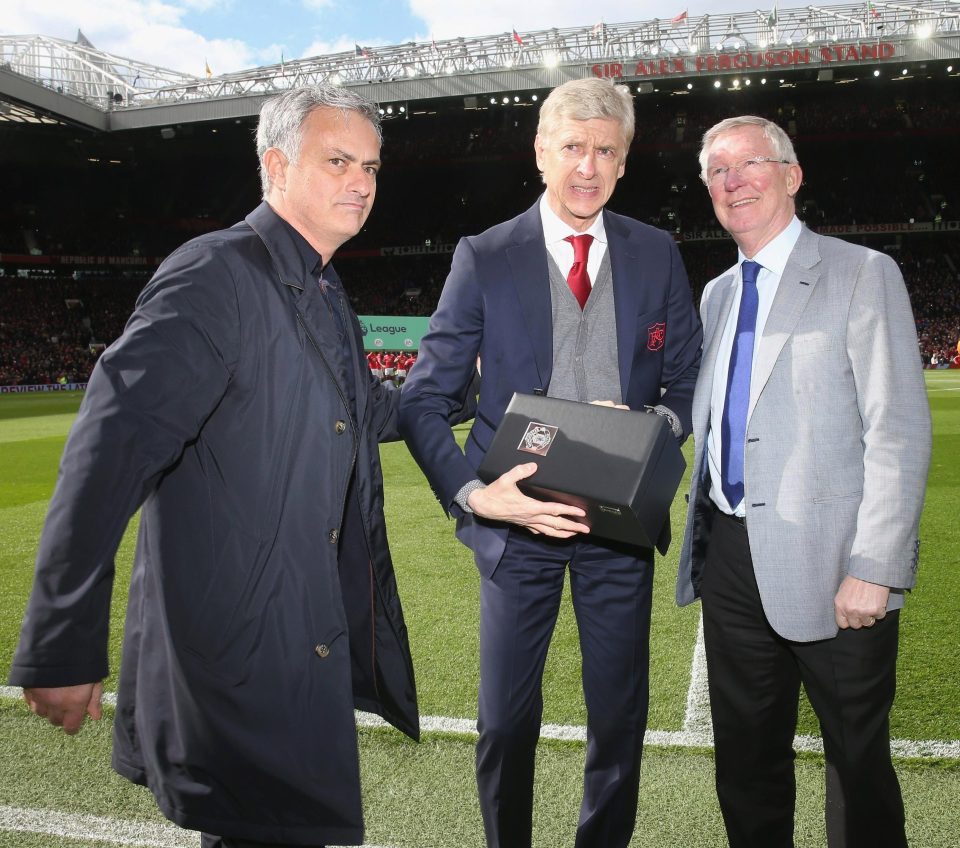 Wenger announced that he will leave Arsenal after 22 years at the end of the season.

The Old Trafford crowd gave him a rousing reception as old foe Fergie presented him with the gift before United's 2-1 victory.

It was inscribed with the message: "Presented to Arsene Wenger by Sir Alex Ferguson CBE and Jose Mourinho on behalf of Manchester United Football Club, in recognition of his service to and achievements at Arsenal Football Club 1996 – 2018."

Speaking on the pre-match embrace, Wenger said: "It was a very nice gesture. I would like to thank them. 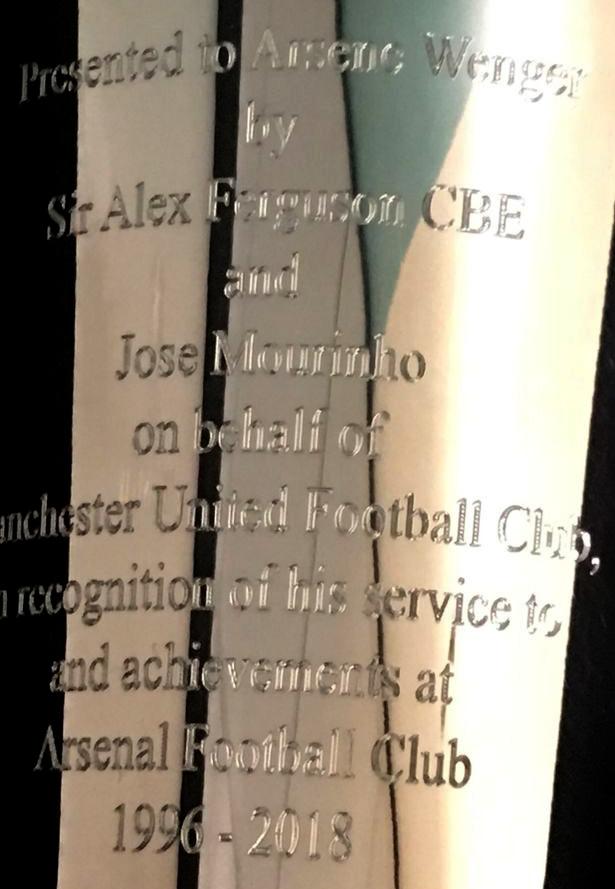 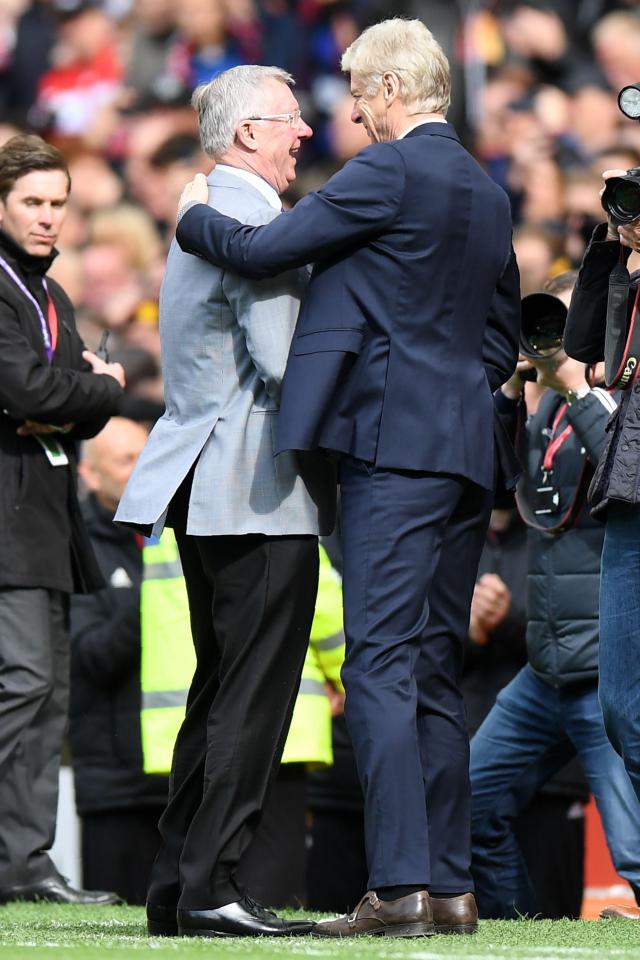 "It shows that the big things in life, sometimes they finish well.

"I have come here for a long long time. Next year, someone else will be in the dug-out and it will be a hostile environment again." 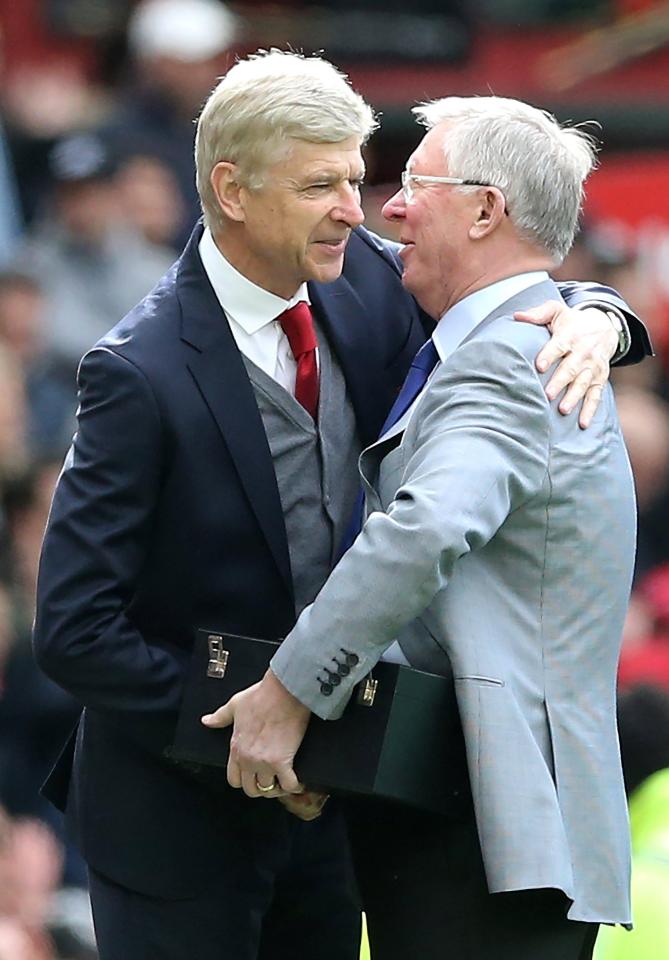 Mourinho put aside their previous rocky relationship to join in the tribute to the Arsenal boss.

But Wenger's last visit to the Theatre of Dreams ended in disappointment after it looked like his young side may snatch a draw.

Marouane Fellaini came off the bench to head the winner in the dying moments of the contest.