Recriminations have come thick and fast since the Silver Ferns failed to win a medal on the Gold Coast in their worst-ever return at a major tournament. 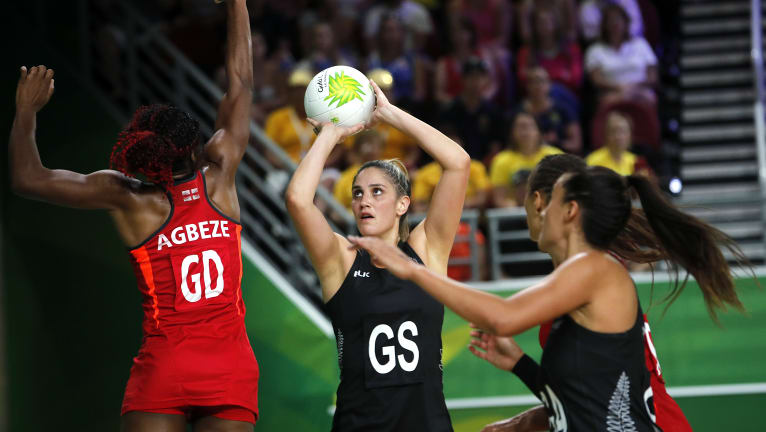 The performance of coach Janine Southby, team dynamics and the over-supply of offshore shooters in the Kiwi domestic league have been blamed and will come under scrutiny when Netball NZ conducts a review.

A popular theory is that New Zealand had suffered from the break-up of the trans-Tasman league last year.

After losing the bronze medal play-off to Jamaica, Silver Ferns skipper Katrina Grant conceded the absence of regular exposure to world class Australian opposition may have played a part in their slide.

However, veteran defender Agbeze wasn't so quick to point the finger.

The 35-year-old has played for the Fever, Vixens and Thunderbirds in Australia, has had two stints with New Zealand's Pulse and will be the marquee player for the Auckland-based Northern Stars in this season's Kiwi league.

"It's a completely different type of netball. I wouldn't say that one competition is better than the other," she said.

"People are blaming the coach and the set-up but we don't actually know what's gone on.

"I don't think you can say that the league splitting up is one of the reasons.

"Aussies play tight one-on-one and it's intense. Traditionally Kiwis play off- marking so it appears to be slower or less intense. When actually, they still come out and win the ball."

Rather than slam the Silver Ferns for an apparent slide, Agbeze says they should be congratulated for playing at such a high standard over an extended period.

She says the Diamonds should be streets ahead of New Zealand and England.

"Australia have an abundance of players and it's like they manufacture them overnight.

"New Zealand is in the same boat as the UK in that there aren't really that many players but somehow over the years they've managed to produce amazing netball teams."

A qualified lawyer, Agbeze says England's gold medal triumph on the Gold Coast has given her a fresh lease of life to keep playing.

She regretted not being able to soak up the adulation with her English-based teammates, who have been hailed for one-point wins over Jamaica in the semi- final and Australia in the final to seal their finest moment.

"The country's got netball fever, which I never thought I'd see in my lifetime," she said.