Steve Smith, David Warner and Cameron Bancroft have been handed bans by Cricket Australia after they came up with a plot to use sandpaper on the ball in their third Test with South Africa last month. 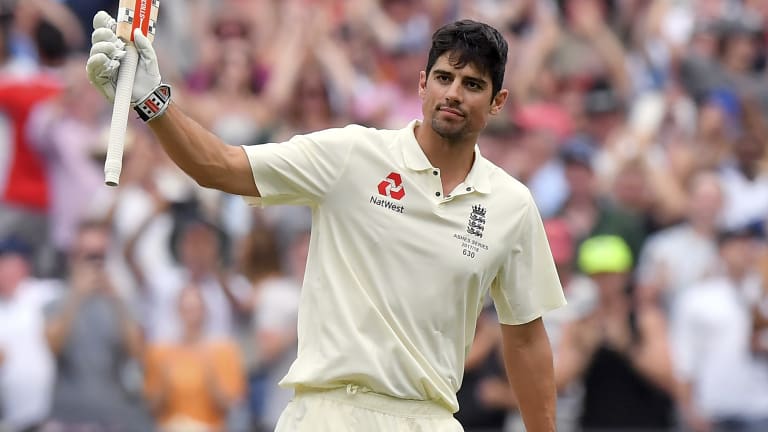 “We were curious at certain moments “: Alastair Cook.

Although they all claimed that was their first instance of ball-tampering, focus has now been put on the Ashes, with TV footage since emerging of Bancroft putting sugar in his pocket while Australia's consistent ability to get reverse swing had England's bowlers scratching their heads.

Cook, who was part of the side that lost the five-match series 4-0, has admitted that could have been down to the express pace of the Australian attack, but also raised questions of the third Test in Perth.

Asked whether England suspected Australia of ball-tampering during the Ashes, the former Test captain replied: "Yes a little bit, certainly in Perth when the outfield was wet with rain they got the ball reversing.

"I didn't see anything. We have been pretty good at managing the ball to see if we can get it to reverse swing but then there's the thing with the quicker you bowl the ball it reverse swings more.

"That was the thing in 2005, we had Simon Jones and Freddie (Andrew Flintoff) who were quicker than the Australian bowlers.

"We have to be very careful, we were curious at certain moments but then we couldn't get the ball up to 90mph where they consistently could."

Although the three Australian's actions in Cape Town were deplored, some sympathy has been given to the length of the sanctions, with Smith and Warner both receiving year-long suspensions.

But Cook says that should be a timely reminder for the game to be played in the right way.

He added: "It's not for me to comment on punishment, but the whole thing is a reminder that people want to see.

"It's the same with cycling, that whoever is playing that people play in a fair way. If you try your hardest and there's no external things that you win or lose that way.

"It's amazing the public outcry for that.

"Sometimes with the pressure of playing, and it is so important to you and it's your livelihood, sometimes winning or losing can overtake things.

"It's wrong for everyone to sit in the cold light of day and criticise because people do make mistakes.

"There have been stories that I've heard in the past that have been hearsay that people have done things.

"(Shahid) Afridi bit the ball, that's not ideal. There has been incidents and we have known it's gone on but it's the predetermined thing of it was the bit that caught everyone out."