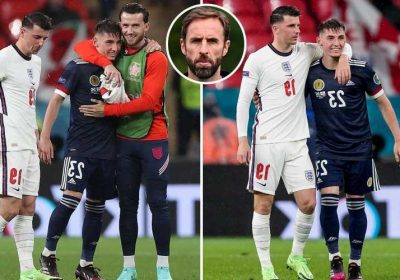 The Scotland midfielder has been diagnosed with the illness just days after facing the Three Lions at Wembley. 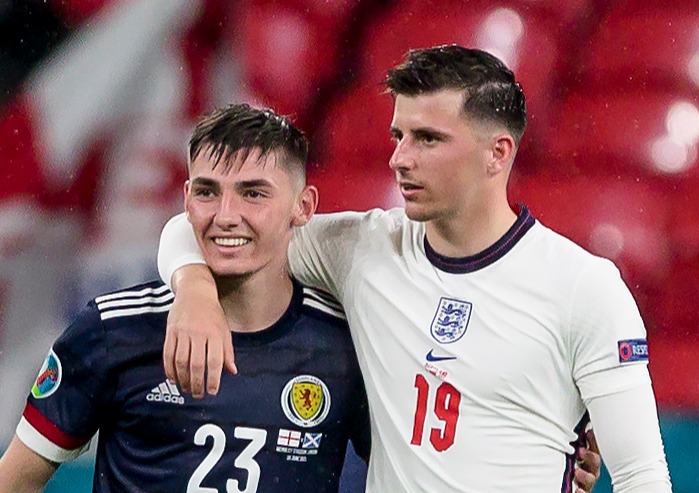 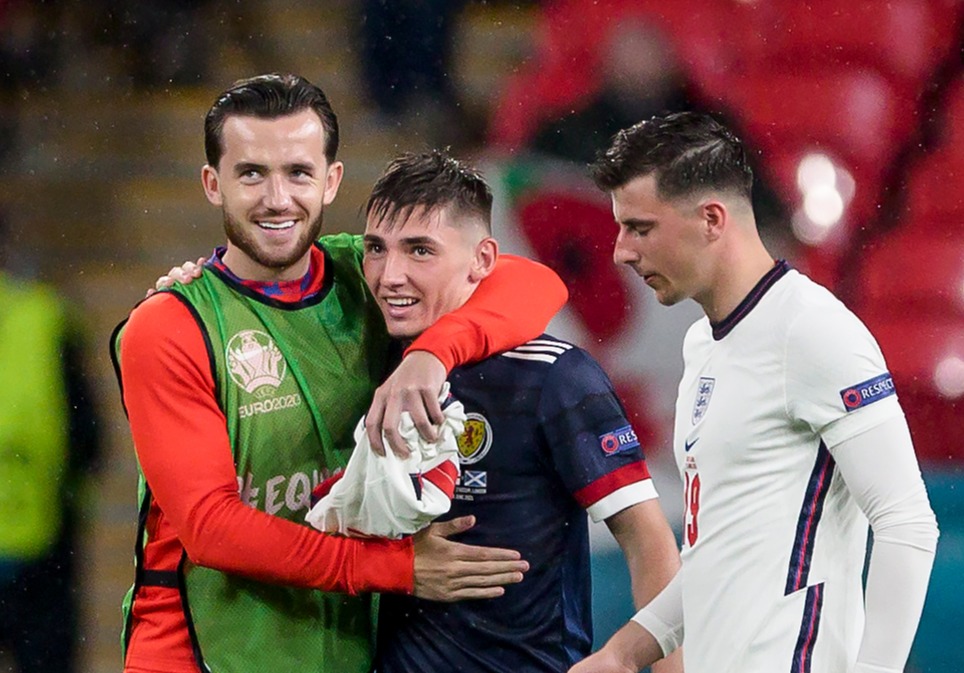 It means Gilmour, 20, will miss his team's Group D decider against Croatia while self-isolating for ten days.

There are fears that England's stars may have caught Covid during the game, although is it not known when Gilmour himself became infected.

Chelsea pals Ben Chilwell and Mason Mount were pictured embracing their club team-mate after the match.

Scotland boss Steve Clarke also hugged the Man of the Match following his highly-praised international debut in the 0-0 draw at Wembley.

SunSport understands the FA are in talks over how to deal with the situation.

The England camp are tested regularly and are yet to return a positive result.

Covid-19 can incubate inside a host for as many as 14 days before symptoms emerge.

Gilmour is not thought to be experiencing any symptoms of the virus while isolating at a hotel in Darlington near Scotland's Euros training base. 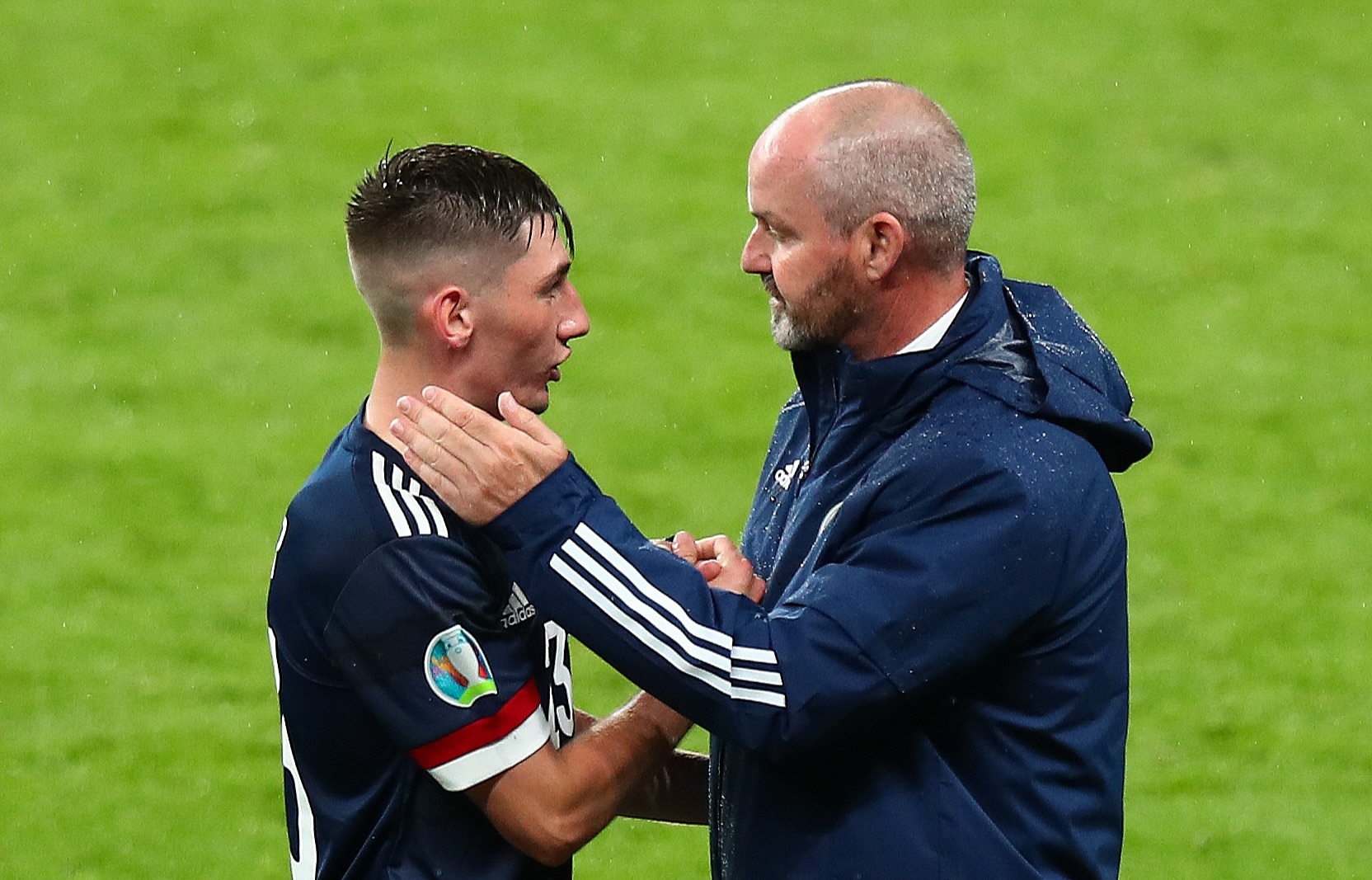 It is understood that, had he tested positive while in Scotland, local rules would have required the entire squad to isolate.

The Scottish FA have maintained their confidence that Gilmour has not been in close contact with any of his team-mates.

And the likes of Mount and Chilwell are not considered close contacts as they spent less than 15 minutes around their Chelsea pal.