Home » Sport » Europe’s biggest soccer teams are in talks to form a $6 billion super league which would totally reshape the sport, according to reports 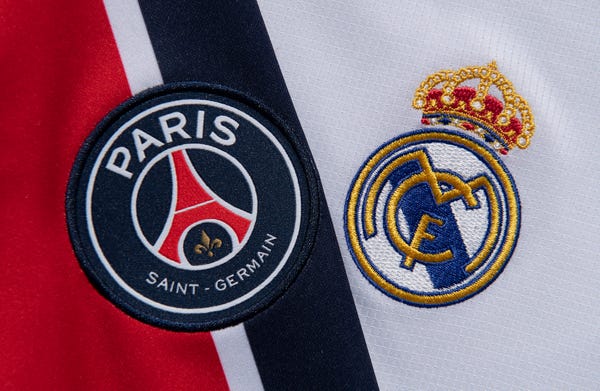 A number of Europe's biggest soccer teams are reportedly in talks to form a European Premier League that would reshape the landscape of elite soccer.

Sky News reports that financiers are assembling a $6 billion funding package to help create the league, which would comprise of 16 or 18 of the continent's biggest clubs.

Real Madrid is understood to be one of the main architects of the plan, with English Premier League duo Liverpool and Manchester United both supporters of the idea.

Sky reports that the proposed league is backed by FIFA, the global football authority.

Wall Street bank JPMorgan is in talks to provide to lump-sum to kick start the project, which would be repaid through future broadcast income, Sky reports.

Teams in the league are expected to be paid hundreds of millions to participate, with it expected to become one of the world's richest annual sports competitions should plans go ahead.

How would the competition be formatted?

The 16 or 18 teams selected for inclusion would play a minimum of 30 games each season in a round-robin type format of home and away fixtures.

The top-placed teams would then play in a knockout format to conclude the tournament, according to Sky.

Fixtures would be played during the regular domestic European season, with the competition effectively usurping the UEFA Champions League as Europe's top soccer tournament.

UEFA, European soccer's governing body, however, is not yet thought to have agreed to the plans, which could prevent a huge legal barrier in the league's proposed creation.

A Sky source called the developments the "most important in world club football for decades."

Liverpool, Manchester United, Chelsea, and the Premier League, did not immediately respond to emails from Insider seeking comment on the proposals.