Even five months out from The Everest, Adelaide trainer Lloyd Kennewell has labelled Saturday’s UBET Classic as grand final day for Viddora.

Kennewell has already opened discussions with slot holders about Viddora gaining an Everest place but realises they want to see a performance at Morphettville. 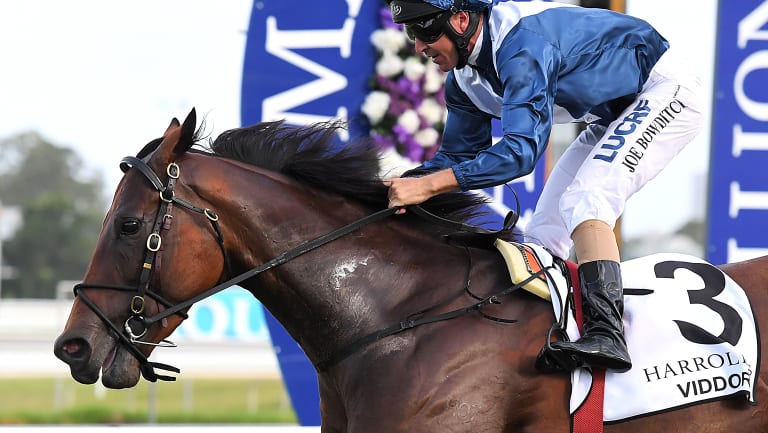 Everest hunting: Viddora wins the Magic Millions Sprint in January and will look to enhance her Everest credentials on Saturday.

“There is no doubt in my mind that she is in the top dozen sprinters in the country,” Kennewell said. “She has come out and proven that. But she has to do it again on Saturday for me and the slot holders.

“This is grand final day because she is a fresh horse and we haven’t look past this race. If she comes out and wins it makes her an Everest horse.”

Viddora’s connections were close to completing a deal on a slot in the first running of the Everest last year when she had been a group 1 runner-up in this race and the Moir Stakes. She has improved her resume since as Kennewell made it his mission to get to Randwick in October.

He knew becoming a group 1 winner was a priority and Viddora achieved that in the Winterbottom Stakes in Perth last December before being dominant in winning the Magic Millions Sprint in January.

The decision was made to miss the autumn in Melbourne and Sydney for a hometown preparation for the UBET Classic.

The I Am Invincible mare returned with an unlucky second to Dainty Tess in the Irwin Stakes, where she found traffic problems until the final 100m.

“I know she is a better horse now than last year when she ran second [to Secret Agenda],” Kennewell said. “She was a bit fat for that first-up run but we have screwed her down for this race.

“It is a million-dollar race at home and it was the reason we missed the autumn.

“She is going to have to overcome a wet track and gate one, which might not be of much advantage because of the way the track will play, but she is good enough to overcome all that and win.”

Viddora is the $4.60 favourite for the group 1 with front-running speedster Quilista, who has won her past three on end, at $5.50 and Super Cash at $8.

Meanwhile, the Australian Pattern Committee has lifted the Sydney Stakes, the consolation sprint on Everest day, to group 3 level. The Everest remains without black type but has a $13 million prize pool.