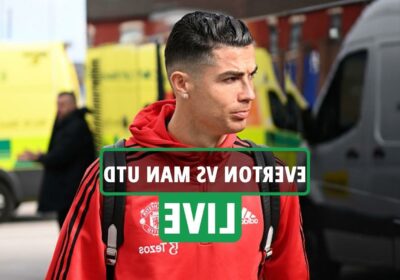 The Toffees have been in abysmal form – only gaining six points from nine league games since Frank Lampard was appointed in January.

Whereas the Red Devils will be eager to close the gap on the their top four rivals sitting above them.