If you thought that was fast, take a deep breath. Walsh's first tournament as the national men's coach starts Saturday, in the Singapore leg of the sevens world series. 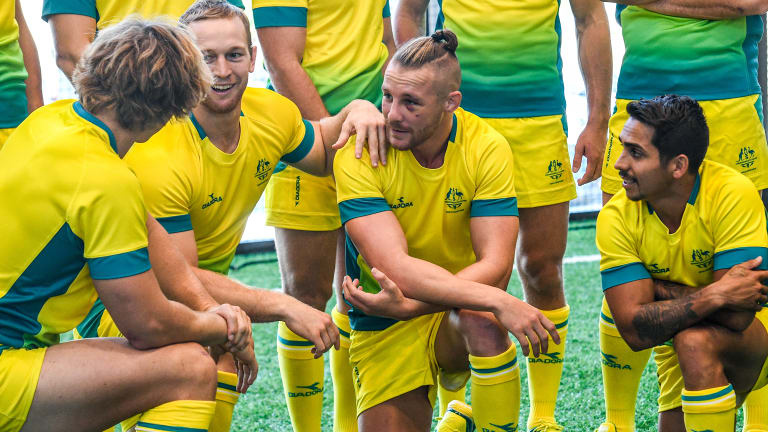 He is tasked with helping the players dust themselves off after a disappointing Commonwealth Games, adjust to life under a new coach and attack the tournament in Singapore with a view to climbing back up the standings with just three legs left to play.

"It's an opportunity for me to analyse the players' mindsets around how they can react and continue on. It's a test, straight up."

All the while July draws closer and, with it, the Sevens World Cup in San Francisco.

"It's different, in a positive way," Walsh said from the fields at St Ignatius College, Riverview, where he was taking in the Oceania Rugby Under 18s Sevens Championship on Sunday.

"It's about resilience and how the players can react to change as well. It's an opportunity for me to analyse the players' mindsets around how they can react and continue on. It's a test, straight up."

Walsh has kept faith with the line-up developed and assembled by his predecessor, Andy Friend, who stepped down from the role immediately after the Gold Coast campaign wrapped up. He had little choice, given the time frame and the litany of misfortune that beset the squad in the form of injuries. 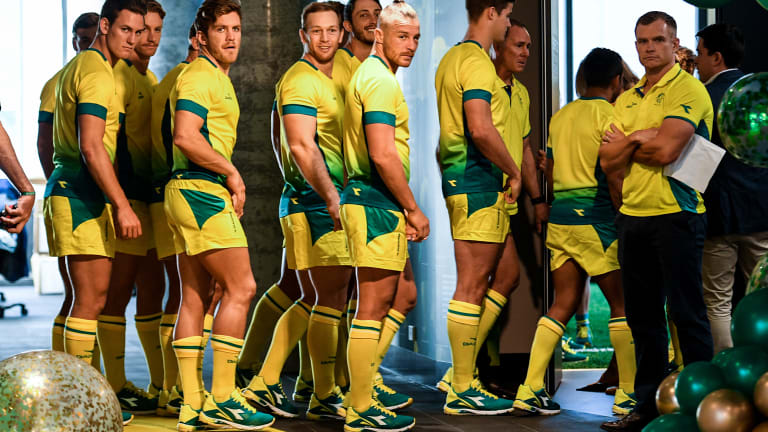 Transition: Walsh, far right, is in charge of the men for this weekend’s World Series leg in Singapore.

The squad is missing captain Lewis Holland, his replacement James Stannard and talents such as Simon Kennewell and Boyd Killingworth. But there is plenty of talent left behind, including captain Jesse Parahi, Maurice Longbottom, Lachlan Anderson and John Porch. 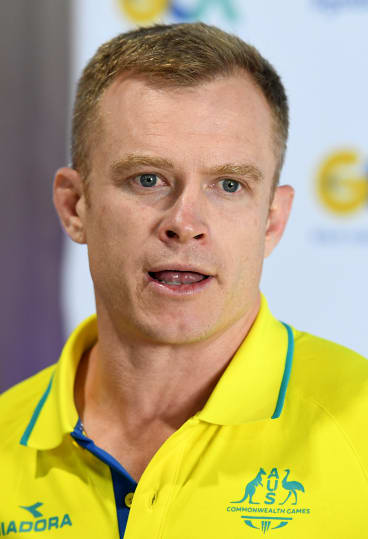 Tim Walsh: ‘For me, the focus is to observe and … know what I’m going to change moving into next year.”

With no time to waste, Walsh wrapped up his goodbyes with the Australian women on Monday, found Friend and addressed the men. Their first full session together on Friday felt like "the first day of school".

A realistic appraisal suggests Walsh can have plenty of impact around the edges for the men this season. They go into Singapore having slipped to fifth place after a development side competed in Hong Kong (just a few days before the men played in the Commonwealth Games).

The Sevens World Cup will be a major medium-term focus, too, but Walsh has one eye on next season, which serves as a qualifier for the 2020 Olympics.

"The guys want to do as well as we can at all of those [tournaments this year], but for me the focus is to observe and try to get a grasp of it and to know what I’m going to change moving into next year to put us in the best position to be a consistently podium team," he said.