LUCA GHIOTTO and Jack Aitken were involved in a horrifying crash during this morning's abandoned F2 Russian Grand Prix in Sochi.

The sprint race was axed after both cars went up in flames following the horror accident. 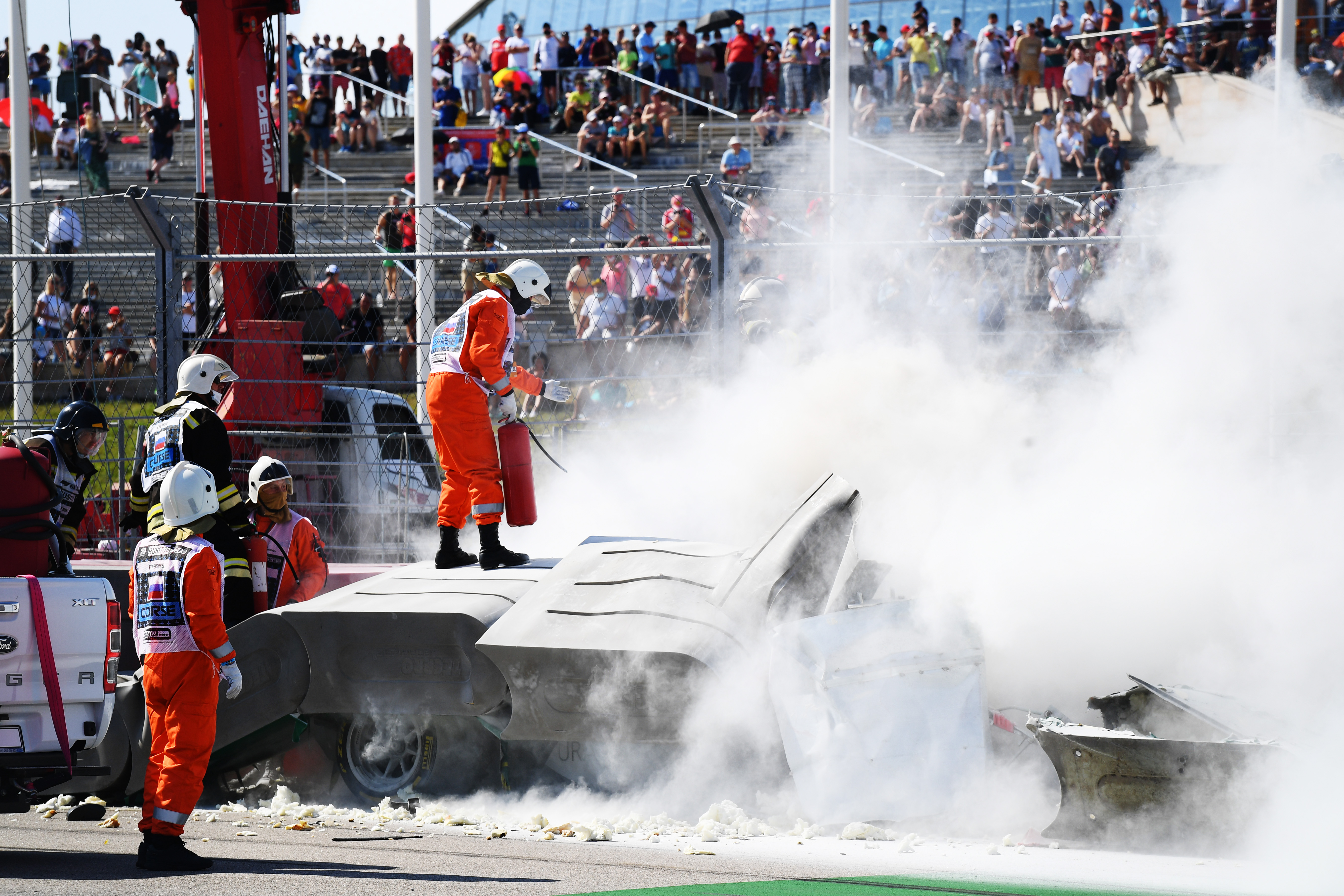 But thankfully, the drivers somehow made it out unscathed.

Brit Aitken, 25, and Ghiotto, 25, had been battling for position going into the third corner of lap eight.

Finding themselves side-by-side their cars collided, sending them both veering into the wall.

After the drivers fled their vehicles, marshals entered the scene.

And while both cars were recovered, the race was unable to continue, with Guanyu Zhou being awarded the victory for the red flagged event, having been in the lead after lap five.

Aitken and Ghiotto were awarded fourth and fifth respectively.

The understandably shaken latter was able to give a wave for the camera, reassuring his fans back at home.

And Aitken took to Twitter to thank concerned fans after the incident, also explaining what went wrong.

He wrote: "Hi all, thanks for all the messages, I’m glad to be all ok after that, glad Luca is too. A small touch between us earlier in the corner gave me a rear puncture, and the car just started going straight. Just one of them."

And he responded afterwards: "We had a good first lap then just tried to manage our tyres, but hopefully everyone is alright – that's all that matters at the moment."

And having clinched his first ever F2 victory, Zhou, also 21, offered his thoughts on his win, as well as the troubling scenes.

The rising Chinese star said: "It feels amazing, I promised to my fans in China we'd listen to the Chinese national anthem on the podium!

"I'm really happy for the win but it's great to see both drivers walk away from their crash."