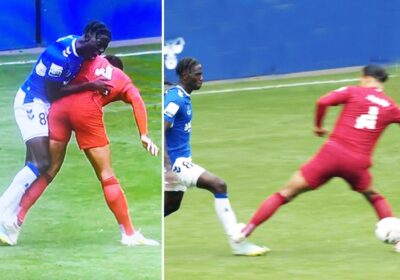 EVERTON fans were left fuming after Liverpool defender Virgil van Dijk avoided being sent off for a horror challenge during the Merseyside Derby.

With less than 15 minutes to play, Everton midfielder Amadou Onana received the ball on the right before attempting to cut inside past Van Dijk. 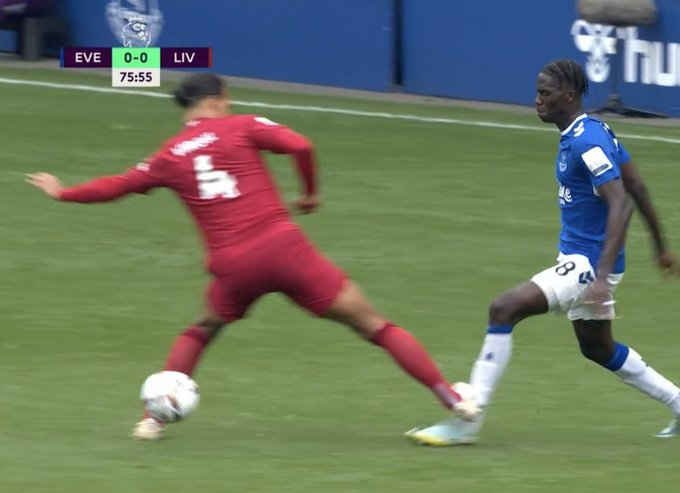 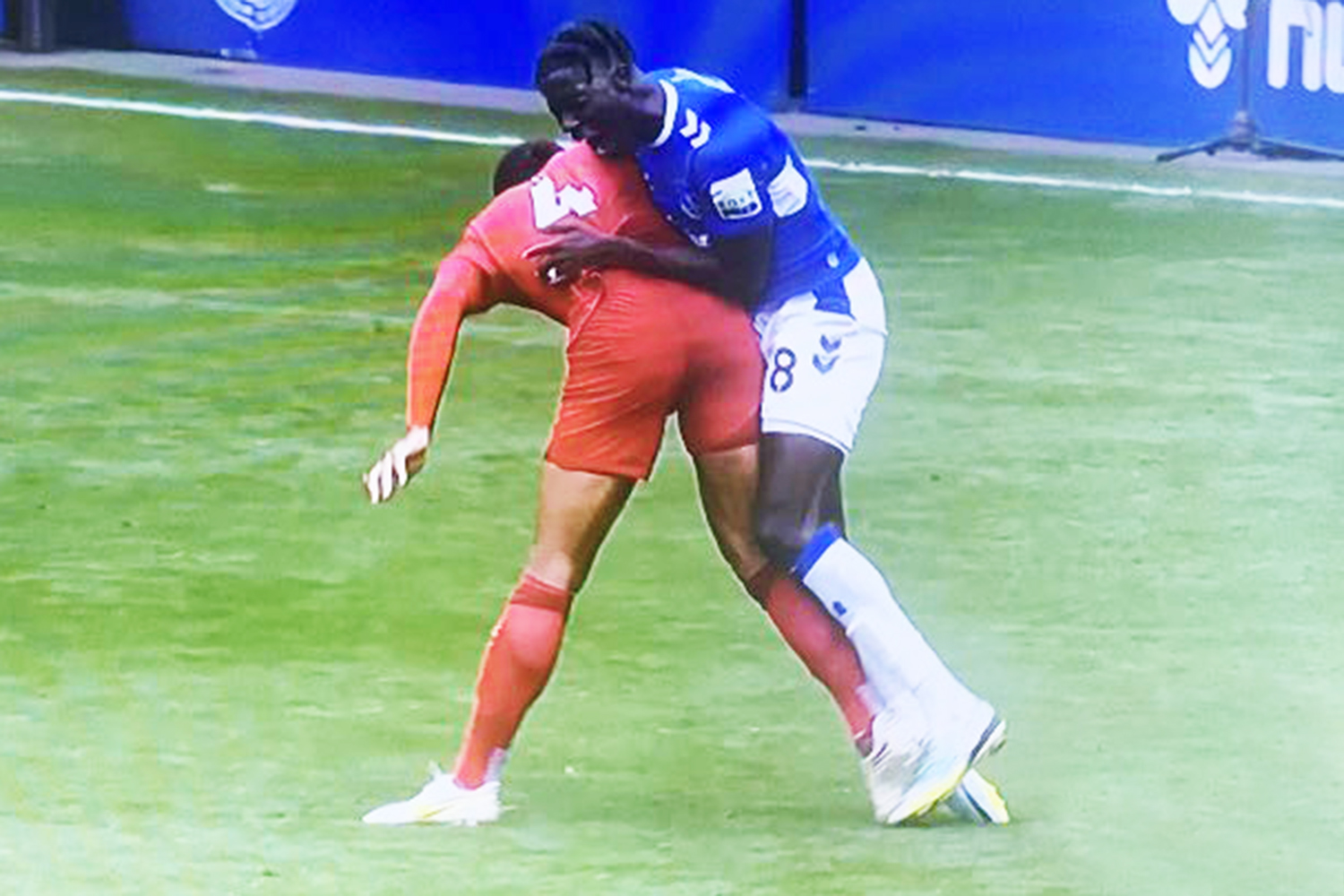 However, the Dutchman committed a dangerous challenge as he lunged into Onana's shin with his studs up.

Everton players were adamant that it was a red card, but referee Anthony Taylor brandished the yellow, much to the frustration of Frank Lampard and his team.

Fans took to Twitter to react, with many claiming that the wrong decision was made.

One wrote: "Still don’t understand how Van Dijk wasn’t given a red for that tackle."

Another added: "Crazy how Van Dijk didn’t get sent off, no words."

A third said: "Van Dijk should’ve been sent off as well another ridiculous decision from Anthony Taylor who produced one of the worst refereeing performances I’ve ever seen today."

While a fourth questioned VAR, arguing: "So how was Van Dijk allowed to stay on the pitch? VAR didn’t even have a look?."

Former referee Peter Walton offered an explanation for Taylor's decision after the game.

LEADING FROM THE FRONT

He told BT Sport: "If the force is used against the shin that could well elevate to a red card.

"Virgil van Dijk’s foot actually slipped down the shin and the force ended up on the top of the foot which is a yellow card."

The feisty derby finished 0-0 meaning the points were shared between the two sides.