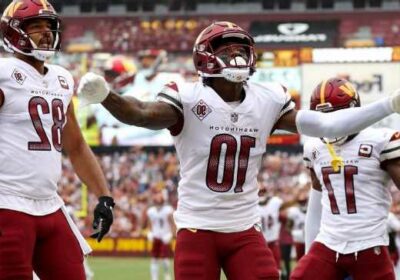 Welcome to Week 2 of the NFL season and our weekly PPR fantasy football superflex rankings for 2022. We know many of you now compete in superflex formats that invite/covet second quarterbacks in starting lineups, so these rankings account for that. It may look odd to see the lowest-ranked fantasy passers ranked ahead of typical RB2 and WR2 options, but the potential scoring impact demands it. If your league is of the standard flex variety, just ignore the presence of quarterbacks. Regardless, good luck in Week 2 and beyond!

3. Jalen Hurts, Eagles (QB3): Can’t imagine the Eagles want him running the ball 17 times per game, but we like it.

6. Kyler Murray, Cardinals (QB6): His opposition will get easier. Murray didn’t look great, but it was still 20 fantasy points.

9. Justin Jefferson, Vikings (WR2): Kupp did nothing wrong, but Jefferson does look like the top receiver in the sport.