Fantasy football quarterback and running back upgrades/downgrades for Week 11 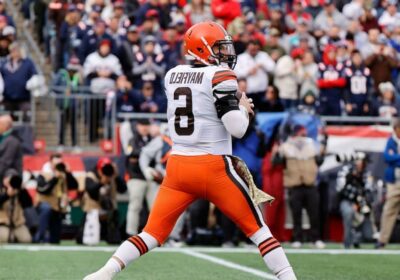 Offensive and defensive linemen might not run the rock themselves, but they can still influence fantasy football.

Each week in this spot, we break down matchups in the trenches and how that information affects your lineup decisions. The basis of the discussion is our win rates — run block win rate and run stop win rate, as well as pass block win rate and pass rush win rate — which quantify line performance based on player tracking data using NFL Next Gen Stats.

To this point, we’ve used the differential between the win rates to determine the best matchup. But from this point forward, we’re switching it up: We’re simply going to highlight the players facing the weakest — and strongest — defensive win rate teams. The reason being, at this stage of the season, the blocking that a running back is getting from his offensive line is baked into our perception of them. What changes week to week is the defense. Think of it like a receiver who catches passes from the same QB every game but each week is squaring off against a different corner.