The Scottish boss – son of Sir Alex – notched his 200th win in charge of Posh after they beat Oxford in the FA Cup 3-0 last weekend. 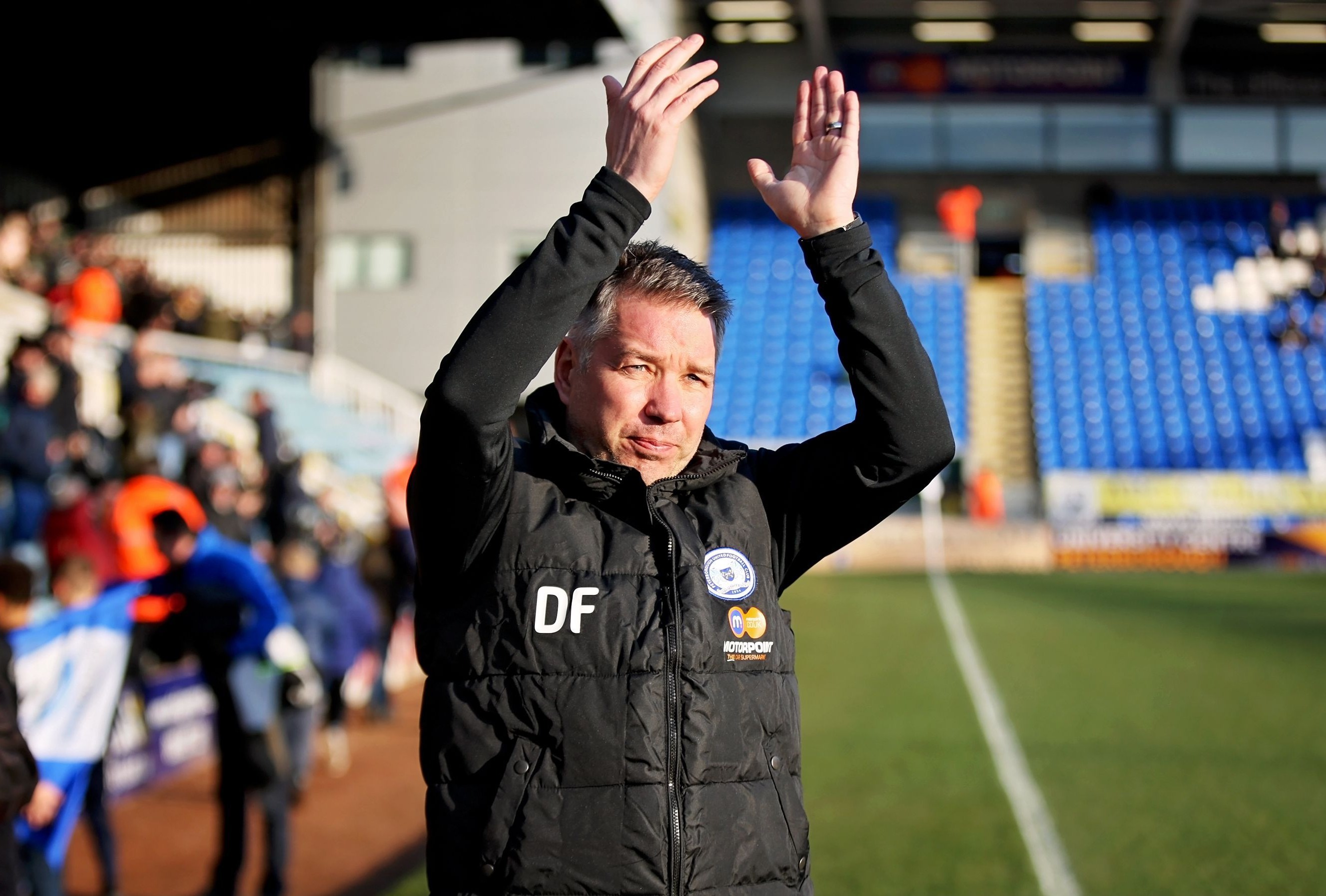 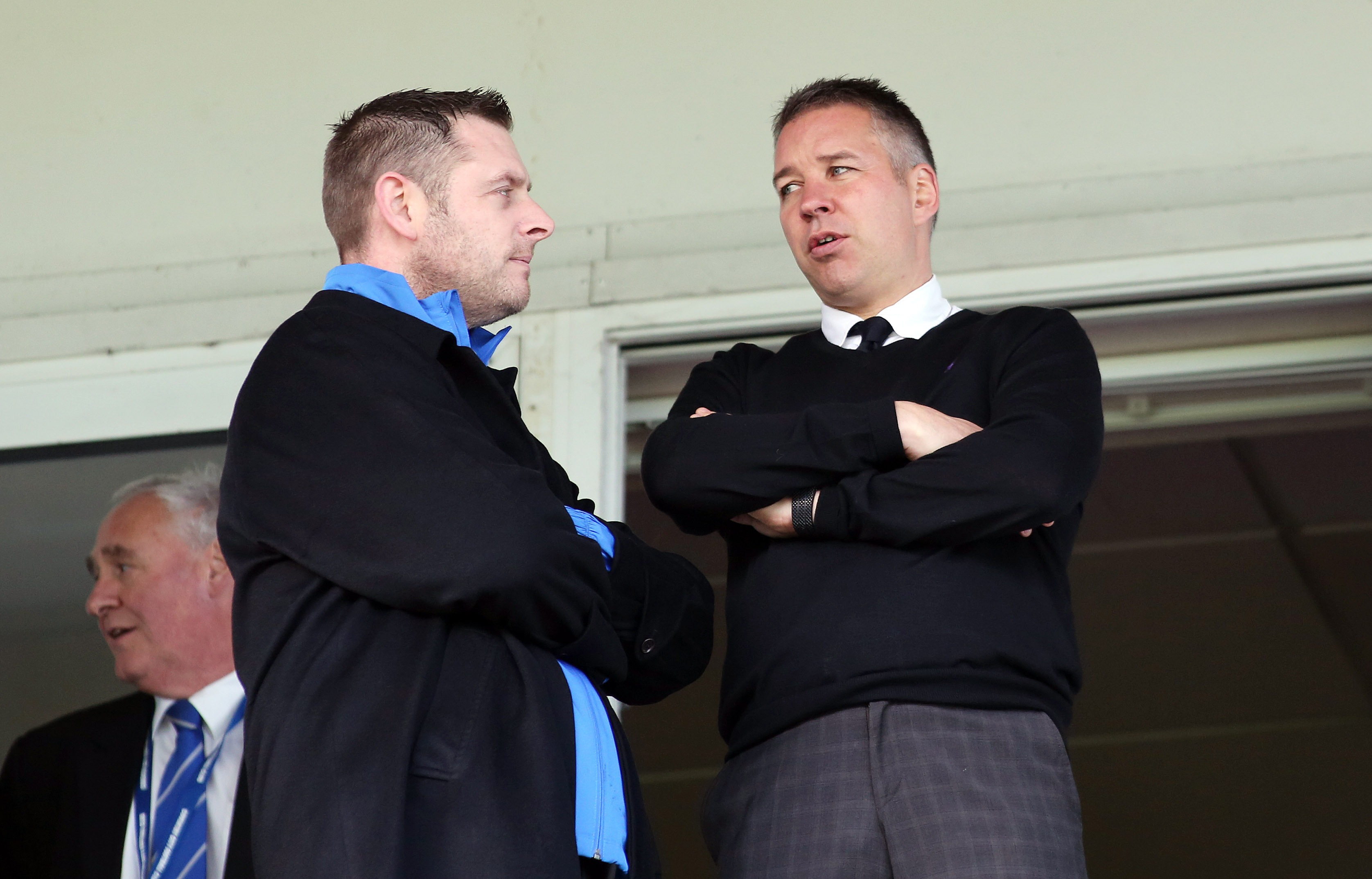 And now, in his third spell in charge during what has been a 13-year on-off relationship with the club, he is closing in on more records.

He sits 44 games short of equalling Barry Fry’s 444 in charge in all competitions while he is just 31 shy of the Posh legend’s 414 league games as boss.

Today – ahead of their trip to Crewe – Posh are top of League One and their gaffer has just won the division’s SkyBet manager of the month award.

But MacAnthony is demanding nothing less than a fourth promotion from Ferguson, who knows the consequences of failure.

And Ferguson said: “It’s the most important relationship in the club and we get on great.

“He’s brought me in three times and was brave to bring me when I had no managerial experience in 2007. I rewarded him with back-to-back promotions from League Two to the Championship and when I came the second time we won promotion from League One again.

“There are now two other owners here with Darragh and when I came back this time I had to gauge that but I get on well with them too.

“The club is in a healthy place and we’re going to be moving into a new stadium.

“Regardless of the fact Darragh has sacked me twice, even when I wasn’t here we kept in touch, we have a lot of respect for each other.” 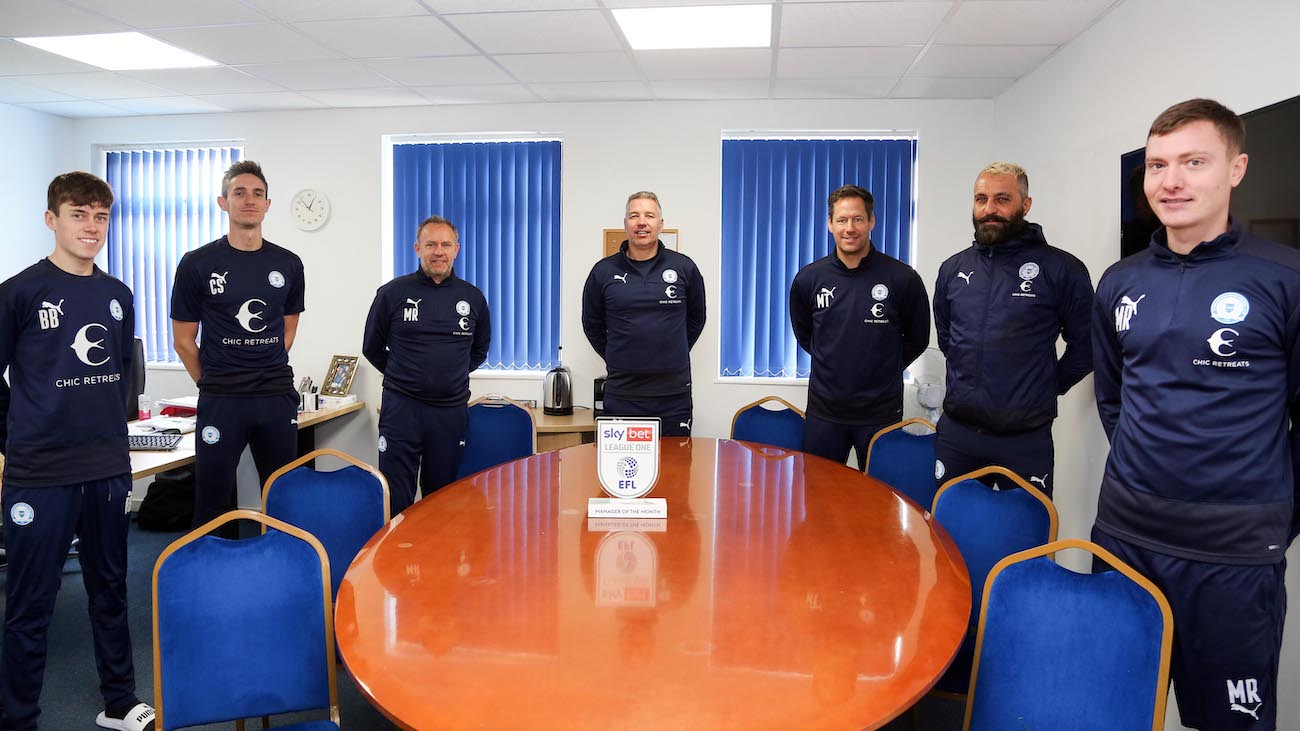 There have been some, shall we say, bumps in the road between the pair in the past.

But Ferguson, 48, and MacAnthony, 44, have a better understanding of each other now.

The Posh boss admitted: “We were both younger when we first started working together so it could be volatile. We both said things that we felt and didn’t leave anything bottled up – which was healthy – but sometimes it got over the top.

“I’d react to things he said and took it personally.

“Look, he is the same now – after a defeat, I’ll get a text after the game and the language will be colourful. But I’ve learned to leave it for a couple of hours because he needs to let it all out, which is fine. But I used to go back at him.

“When I left the first time, both of our wives were trying to get us to make up with each other but we were both too stubborn. It was stupid.

“I agreed with his decision to let me go the second time because I needed a break.

“Yet whatever anyone says Darragh has always backed his managers in the transfer market.

“He’s a demanding guy but that favours me because his expectations I can manage well with the players as I know what they are.”

“When I left the first time, both of our wives were trying to get us to make up with each other but we were both too stubborn. It was stupid.

Peterborough felt hard done by when their league campaign was ended by coronavirus. The club were sitting just two points behind the automatic promotion spots in seventh after a run of seven wins out of nine.

Yet they did not even get a play-off spot after Wycombe leapfrogged them on the controversial unweighted points-per-game method.

In the summer they sold their star striker Ivan Toney to Brentford for £5million – having signed him for around £600,000 two years earlier from Newcastle.

But Posh are famous for constantly refreshing their squad by recruiting cheap and selling for big bucks.

And there are high hopes that Jonson Clarke-Harris – signed this summer from Bristol Rovers for £1.2m to replace Tony – and Siriki Dembele can be the next big thing at London Road.

Clarke-Harris, 25, has fired six league goals already while Dembele is one five, one less than he managed all last season. 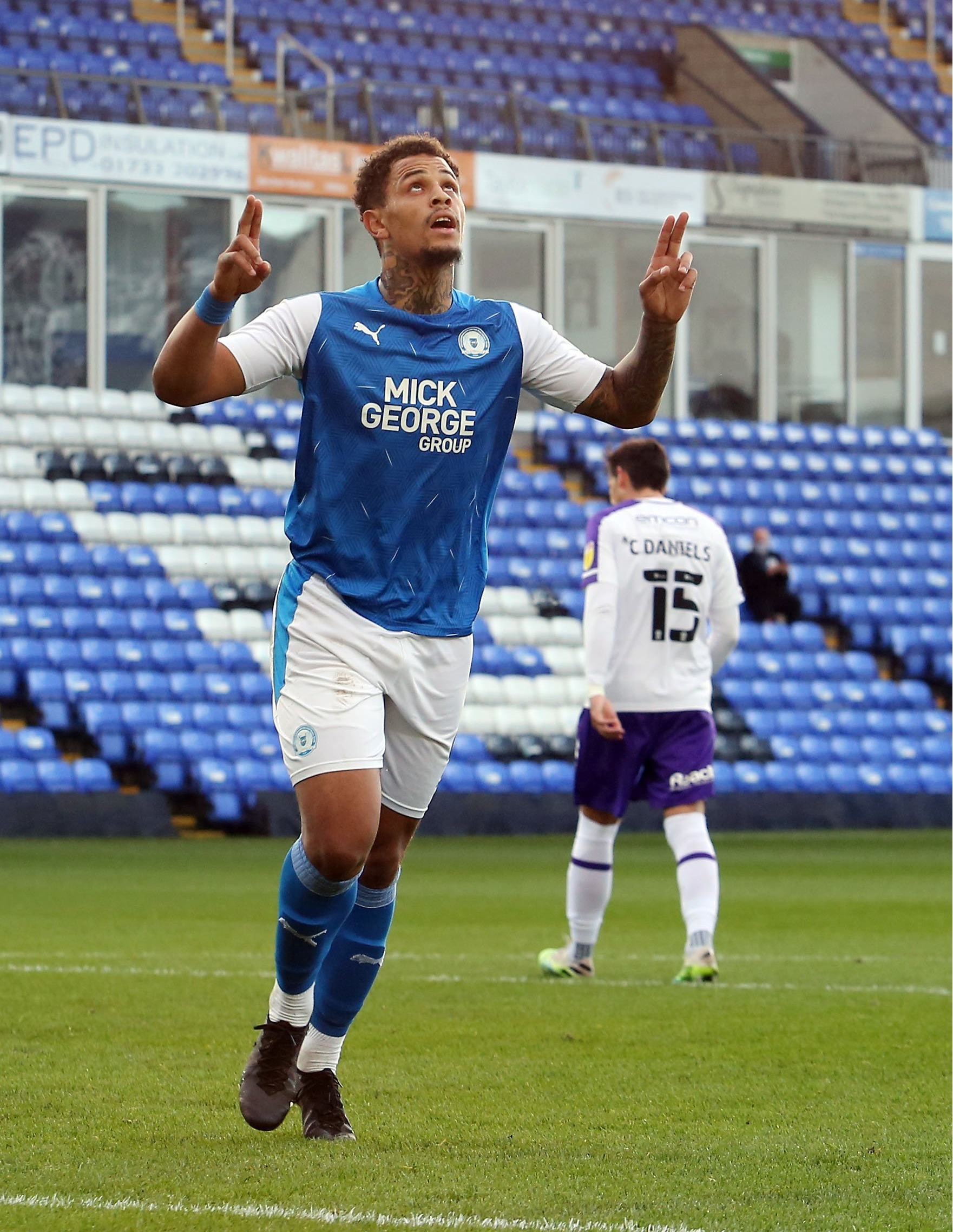 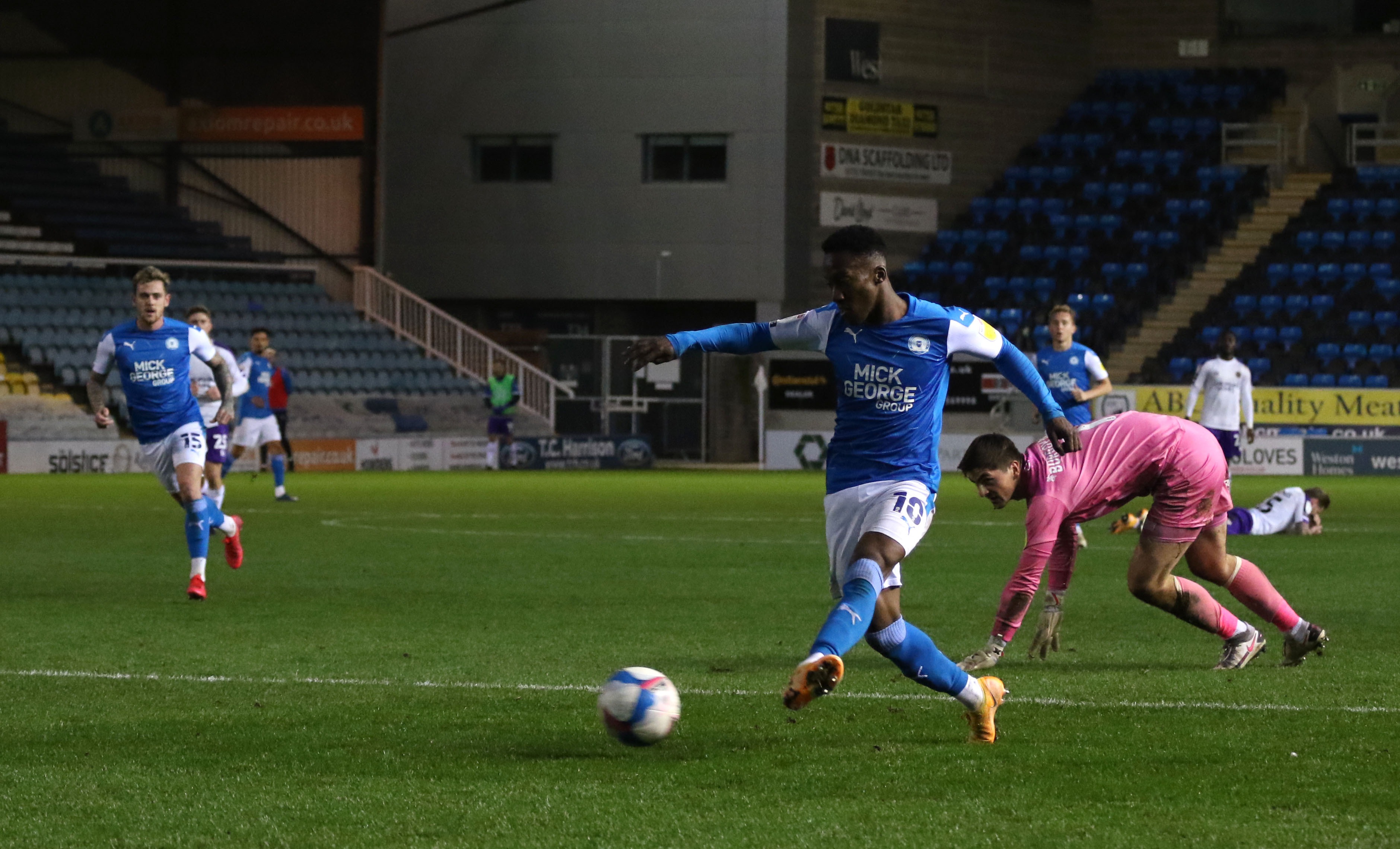 Ferguson said: “I’ve known Jonson since he was 17. He has matured and been a regular goalscorer in the league.

“He was top of the list to replace Ivan because he has played a lot of games over the last two seasons, scored a lot of goals and gives you physicality, which means you can play different formations.

“Jonson is also a good penalty taker so he ticked so many boxes and was ready for the move.

“We had to get some fitness into him but he has been a real handful with his performances and goals. The lads love him.

“Siriki needed to step up because last season up until January he didn’t play regular and he had to be patient. We had to manage him because he was getting impatient.

“He is a likeable lad, he just loves football. And he was patient because in January he was magnificent, scoring goals and playing up front with Ivan and this season he has carried that on.

“I think we have a similar situation to the one we had with Ivan. If we don’t go up it will be difficult to keep him.”

Coronavirus has been challenging for everyone … incredibly only Nathan Thompson has picked up an injury despite the large amount of games being played in a short space of time.

Ferguson admits: “The medical and sports science staff have been top-drawer – we’re having to manage the players so carefully this season.”

But – on a personal level – it has been difficult for Ferguson as he has not been able to see his dad Sir Alex and mum Cathy for several months because of the pandemic as he does not want to risk passing on the virus.

Ferguson said: “It’s a big concern. I’m nearly 50. I know I’m a lot younger than my parents but I haven’t seen them for God knows how long.

“You must be careful because of the virus, we are talking about life and death here. There have been so many deaths in the vulnerable age group and everyone of that age.

“So Zoom has been a good way to keep in touch. We’ve all been doing that at the club too… even Barry Fry has learned how to use it.” 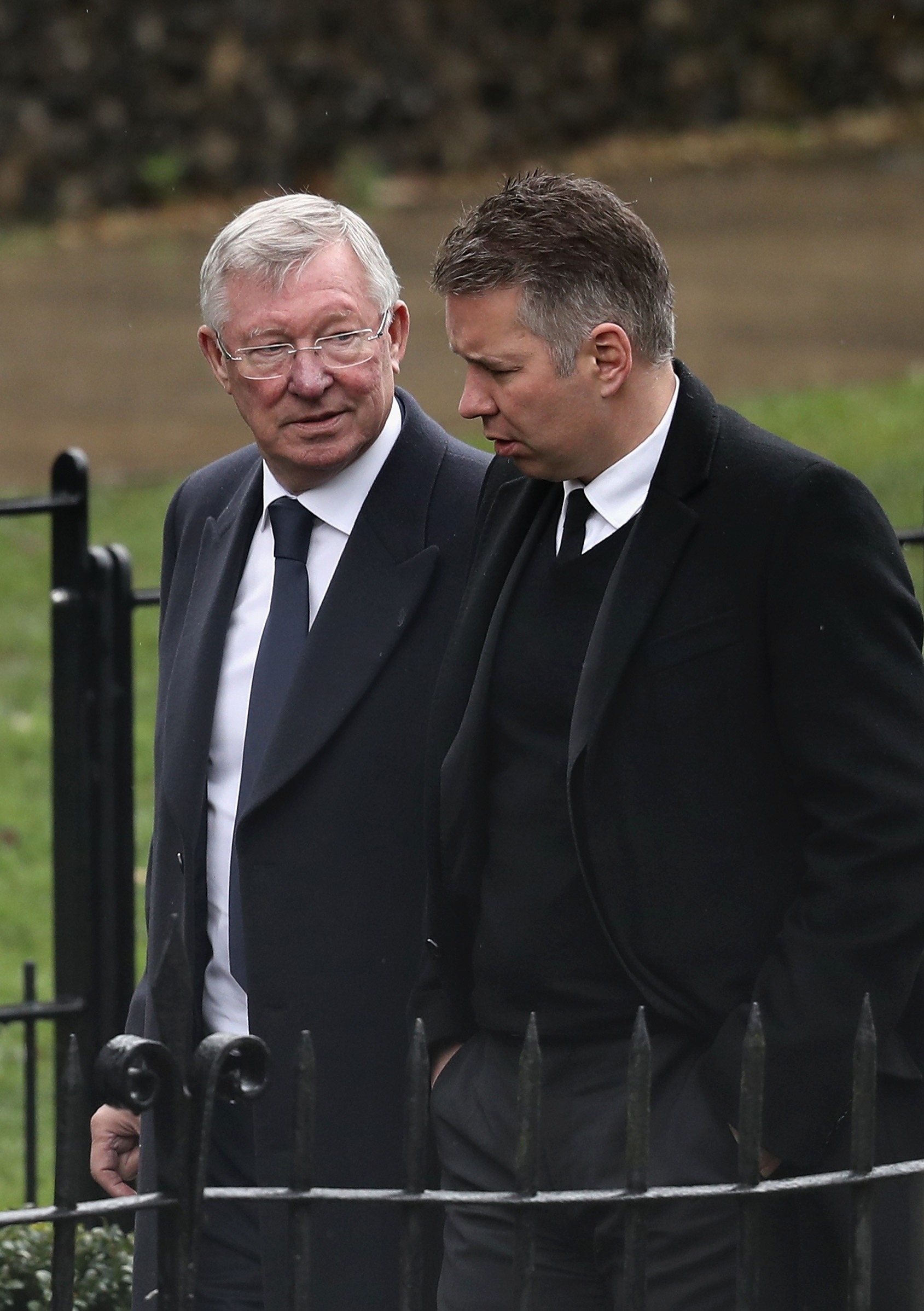 A Thanksgiving with special meaning: Parker veteran marks 10 years since he lost his legs in Afghanistan